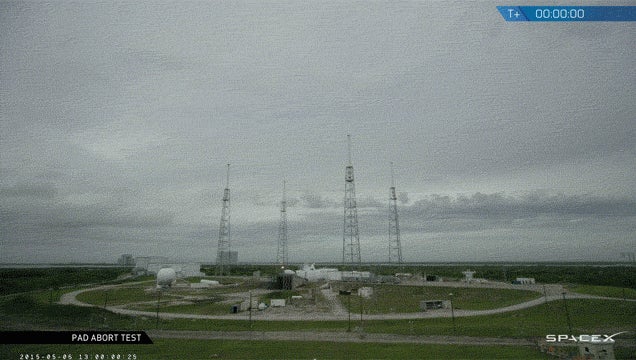 On Wednesday, 9am ET (Tuesday, 11pm AEST), SpaceX successfully tested the launch abort system for its new commercial crew capsule, which is designed to carry astronauts to the International Space Station by 2017. Everything went as planned, and you can watch the replay of the event here.

Today's critical flight test at SpaceX's Space Launch Complex 40 (SLC-40) was basically a trial run for the seven-tonne prototype spacecraft's launch escape system. It consists of eight 3D-printed SuperDraco rocket thrusters built into the bottom half of the capsule, that are used in the case of a launch emergency. 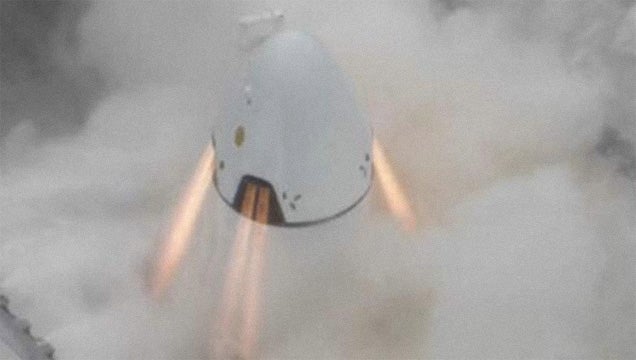 Such systems are crucial for the safety of the astronauts: The launch abort system drags the crew and spacecraft away from the rocket as far and as quickly as possible if something goes wrong during the launch. Think of it as an astronauts ejector seat. 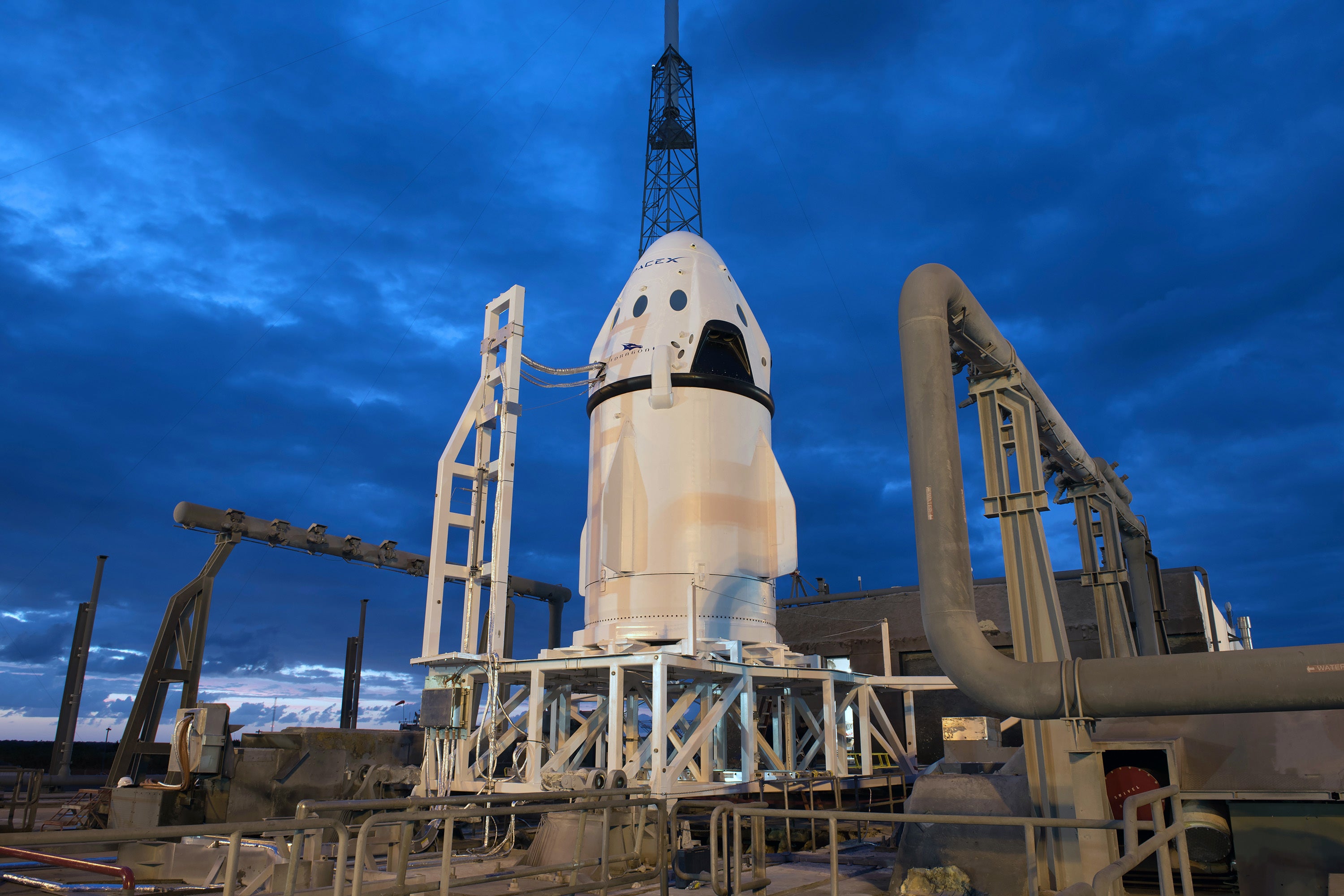 Vehicle on the launch pad ahead of today's Pad Abort Test attempt. Test window opens at 9am ET. Picture: SpaceX

"We're proud to have a launch escape system in case the Falcon 9 is having a bad day, the Dragon crew can get to safety. It's a capability we had on Gemini and Apollo, and we have it on the Soyuz, but we did not enjoy that on the shuttle. We're bringing that back to try and make sure our crews are super safe," said Garrett Reisman, a former astronaut and current director of crew operations at SpaceX to Spaceflight Now. "It doesn't last long. The boost phase is only a few seconds, and it's pulling almost 5 G's when it's coming off the pad, so it's going to get out of here in a hurry. My advice to you, if you go outside to watch it, is don't blink."

This graphic explains what happened during the event. 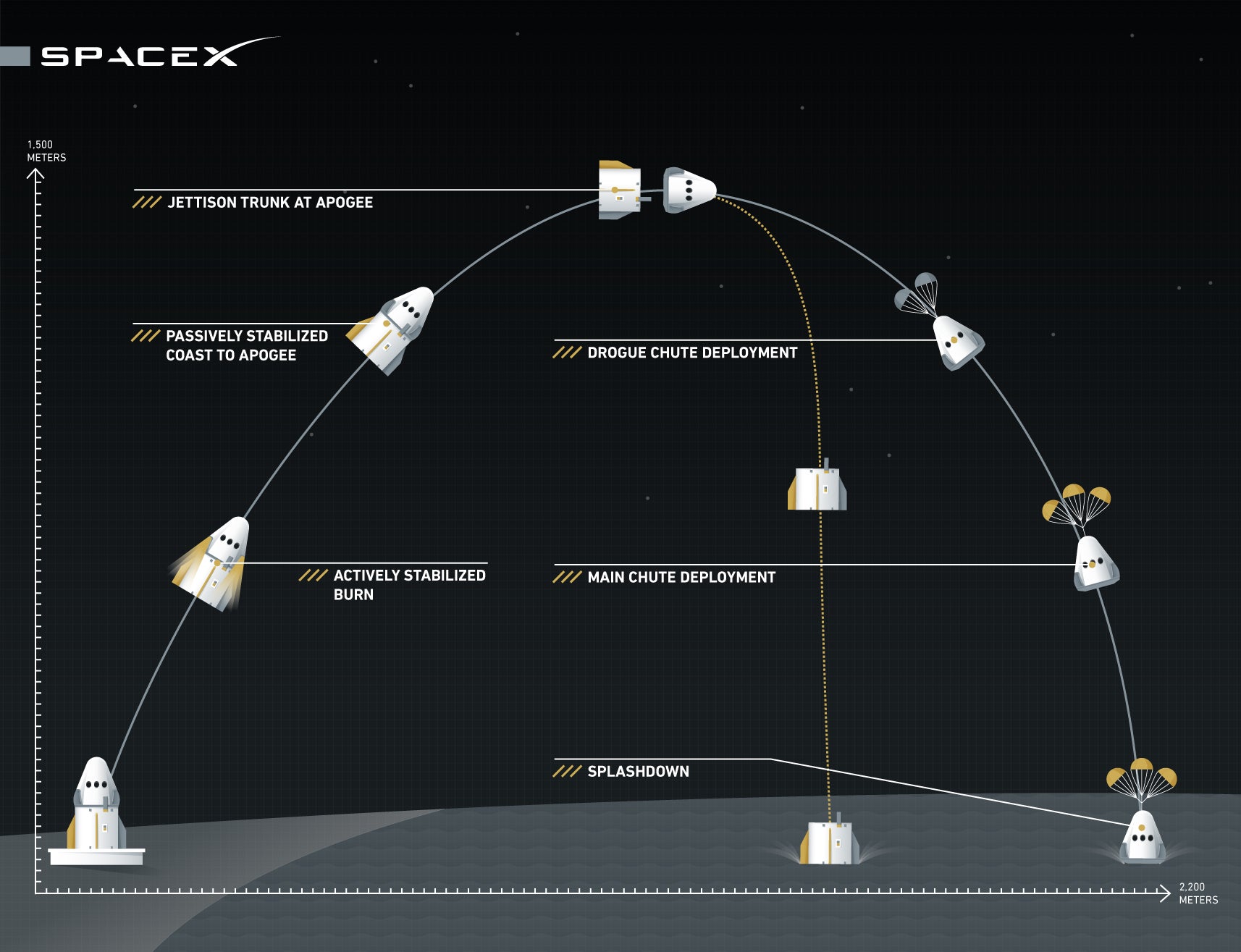 According to SpaceX there was a dummy on board the spacecraft, which experienced nearly 5 G's at takeoff, when the Crew Dragon spacecraft travelled nearly 100m in two seconds, and more than half a kilometre in just over five seconds. 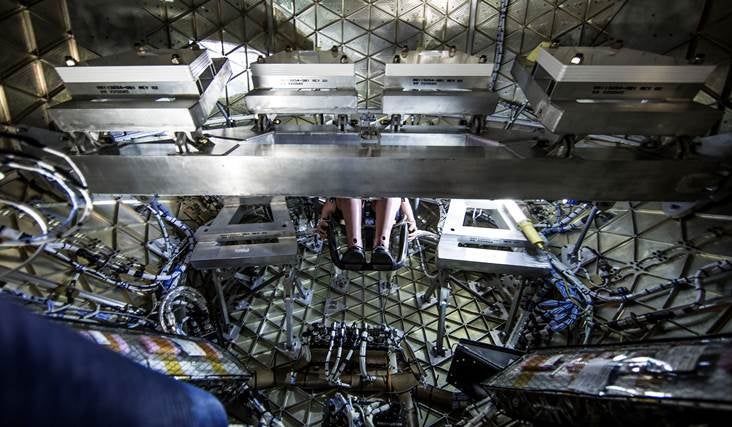 Update 1: Less than 5 minutes until the test, all weather conditions are perfect for the launch. 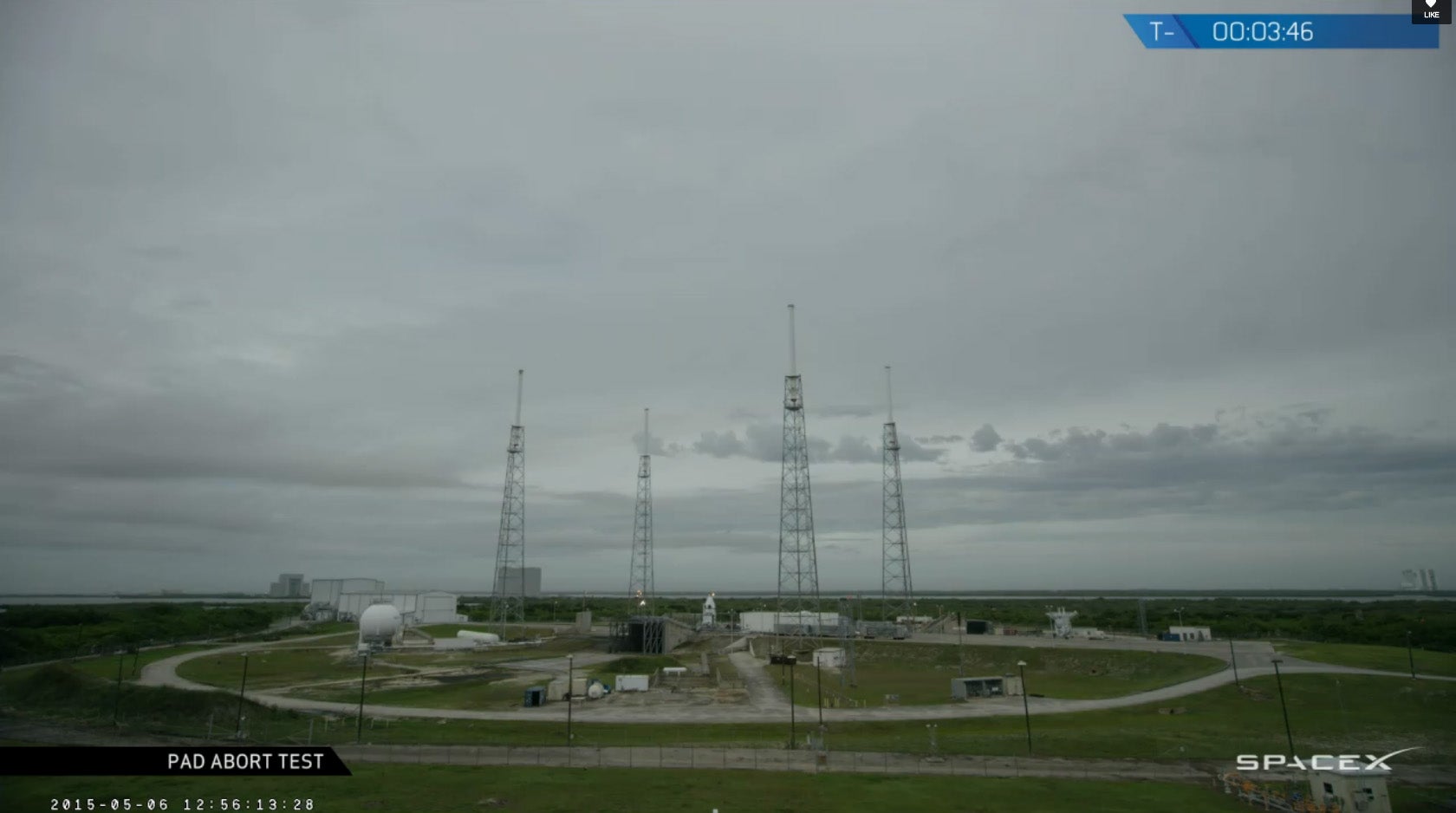 Update 2: All systems are "go" for the launch.

Update 4: Parachutes deployed, Dragon capsule is now floating in the water as expected. Now it is confirmed: pad abort test was successful.