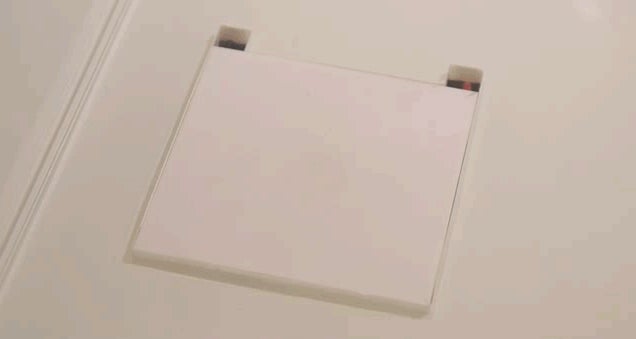 Not content with creating a robot cheetah that can run and jump over obstacles at astonishing speeds, researchers at MIT have also developed this incredibly tiny origami robot that can not only fold itself, it can also walk, swim, and then destroy itself when it's no longer needed.

The tiny robot, made from a magnet and pieces of PVC sandwiched between layers of polystyrene or paper, can go through its entire circle of life without the need for cable tethers or wires of any kind.

When the flat structure is first placed on a heating element, the layers of PVC contract, causing it to fold itself into a pre-defined shape wrapped around a magnet. That cubic neodymium magnet trapped inside the folded robot actually serves as its motor. When exposed to an external oscillating magnetic field, the magnet starts to vibrate inside. And thanks to the off-balance design of the tiny folded robot, it's actually able to walk — or move forward, at least — on its tiny set of legs.

The robot can also be steered through water, and is actually able to float when that external magnetic field is strong enough. And when it successfully accomplishes a mission, it can steered towards a tank of acetone where everything but the magnet will completely dissolve away, leaving little evidence of its presence.

It could one day be a valuable tool for spies, once the researchers figure out how to add and power useful sensors on board. And if made even smaller, it could probably even be directed around the inside of the human body, performing medical tasks before being directed to the stomach where the body would naturally break it down. [MIT via IEEE Spectrum]