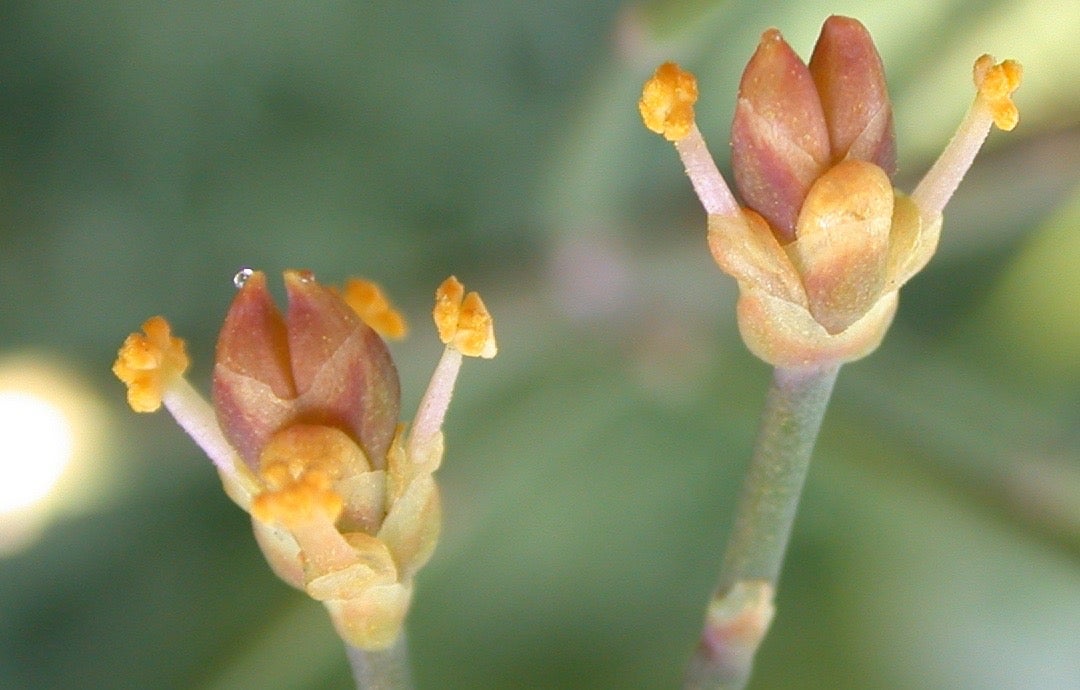 When it's time for sex, many plants literally tap into animal appetites, attracting them with the promise of sugar and smearing them with pollen while they eat. But if you're going to rely on a third party for sex, you need some really good advertising. One recent study has identified a plant that makes a beacon out of moonlight.

Ephedra foeminea is a shrub native to the Mediterranean and the Middle East. Most of the year it's an ugly mess of green branches that hangs from cliffs and olive trees. It transforms when it is time to reproduce, covering itself in small bright pink and yellow cones. When the cones are ready to be pollinated they secrete a drop of liquid at their tips to trap pollen and help move it to the eggs. The liquid is sweet, which keeps the nocturnal flies and moths that pollinate the plant moving from cone to cone. But it wasn't clear how these plants let the pollinators know they're ready. The cones have no scent, and their colours don't stand out in the dark.

Catarina Rydin and Kristina Bolinder, a pair of Stockholm University botanists, believe the plants advertise with a light show. During four years of study, they found the plant only released its pollination droplets on one night, in conjunction with the full moon in July. According to Rydin, "The moonlight is very clearly reflected in all the drops. It looks quite spectacular." As anyone with a porch light knows, many nocturnal insects are attracted to shiny lights. By pairing a glittering show to a long moonlit night, this shrub gets all the love it needs. [Moonlight pollination in the gymnosperm Ephedra (Biology Letters)]