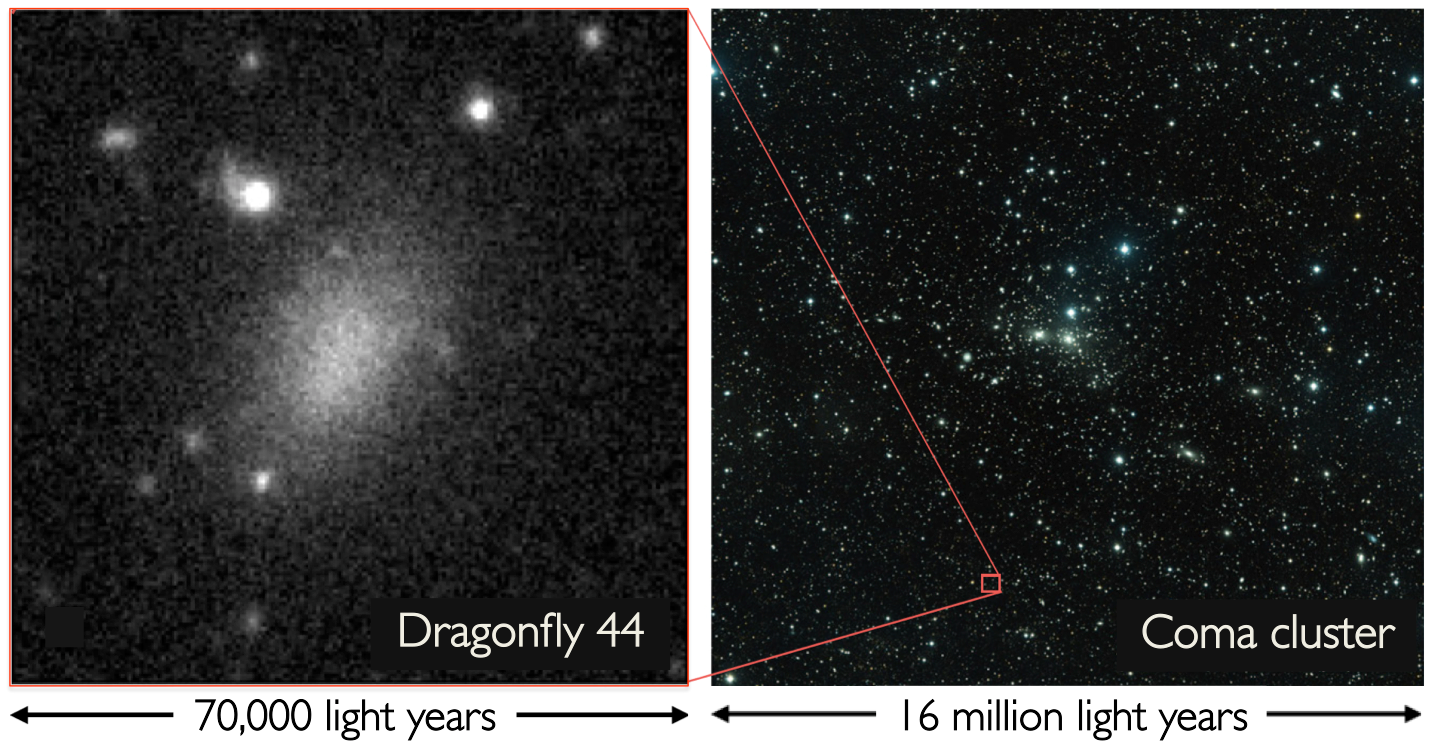 When you spot a galaxy in a telescope, you know it — galaxies are bright, dense collections of millions of stars, often in a spiral or orb shape, held tightly together by gravitational forces. But now scientists have discovered a new kind of galaxy, which they call "fluffy" and "wispy." No one is sure how they have come to be.

Dragonfy 44, pictured above, is one of a handful of these new galaxies discovered using the Dragonfly Telephoto Array and the celebrated Keck I telescope on Hawaii's Mauna Kea.

A team of astronomers compared data from the two telescopes, aimed at the Coma galaxy cluster. The Coma cluster is about 300 million light years away and can be seen in the constellation Coma Berenices (near Leo). Unlike the other galaxies in this cluster, however, the new galaxies are more like clouds. They're as big as our own Milky Way (about 6o,000 light years across) but with only about one per cent of the stars. Astronomers are calling them ultra diffuse galaxies.

Such galaxies shouldn't exist, given what we know about galactic formation. So now we'll have to revise our hypotheses. Already, astronomers are coming up with ideas. University of Toronto astronomer Roberto Abraham said in a release from the Keck Observatory:

The big challenge now is to figure out where these mysterious objects came from. Are they 'failed galaxies' that started off well and then ran out of gas? Were they once normal galaxies that got knocked around so much inside the Coma cluster that they puffed up? Or are they bits of galaxies that were pulled off and then got lost in space? 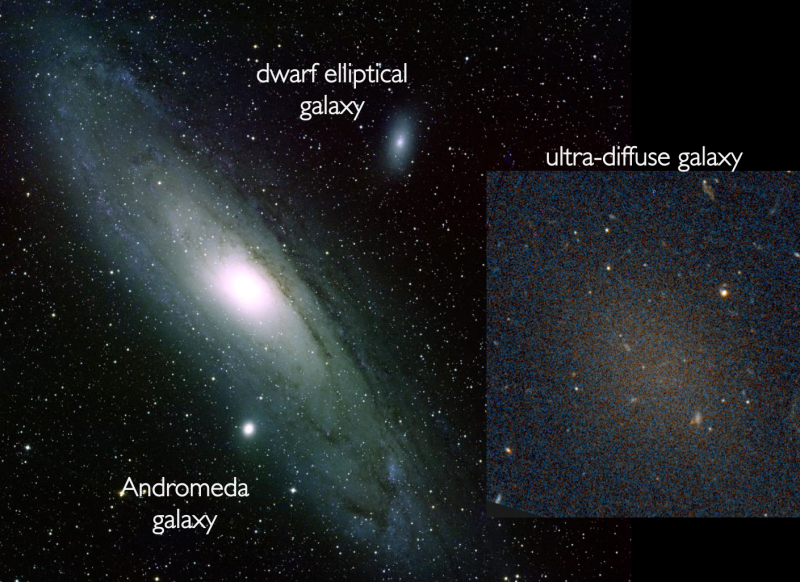 Yale University astronomer Pieter van Dokkum, who led the study of ultra diffuse galaxies, says that the most remarkable thing is that these galaxies managed to survive without being torn apart. Said van Dokkum:

It's remarkable they have survived at all. They are found in a dense, violent region of space filled with dark matter and galaxies whizzing around, so we think they must be cloaked in their own invisible dark matter 'shields' that are protecting them from this intergalactic assault.

Another team member, San Jose State University astronomer Aaron Romanowsky, speculated about what life would be like on a planet in an ultra diffuse galaxy:

If there are any aliens living on a planet in an ultra-diffuse galaxy, they would have no band of light across the sky, like our own Milky Way, to tell them they were living in a galaxy. The night sky would be much emptier of stars.

You can read the full scientific paper about these galaxies in the Astrophysical Journal.