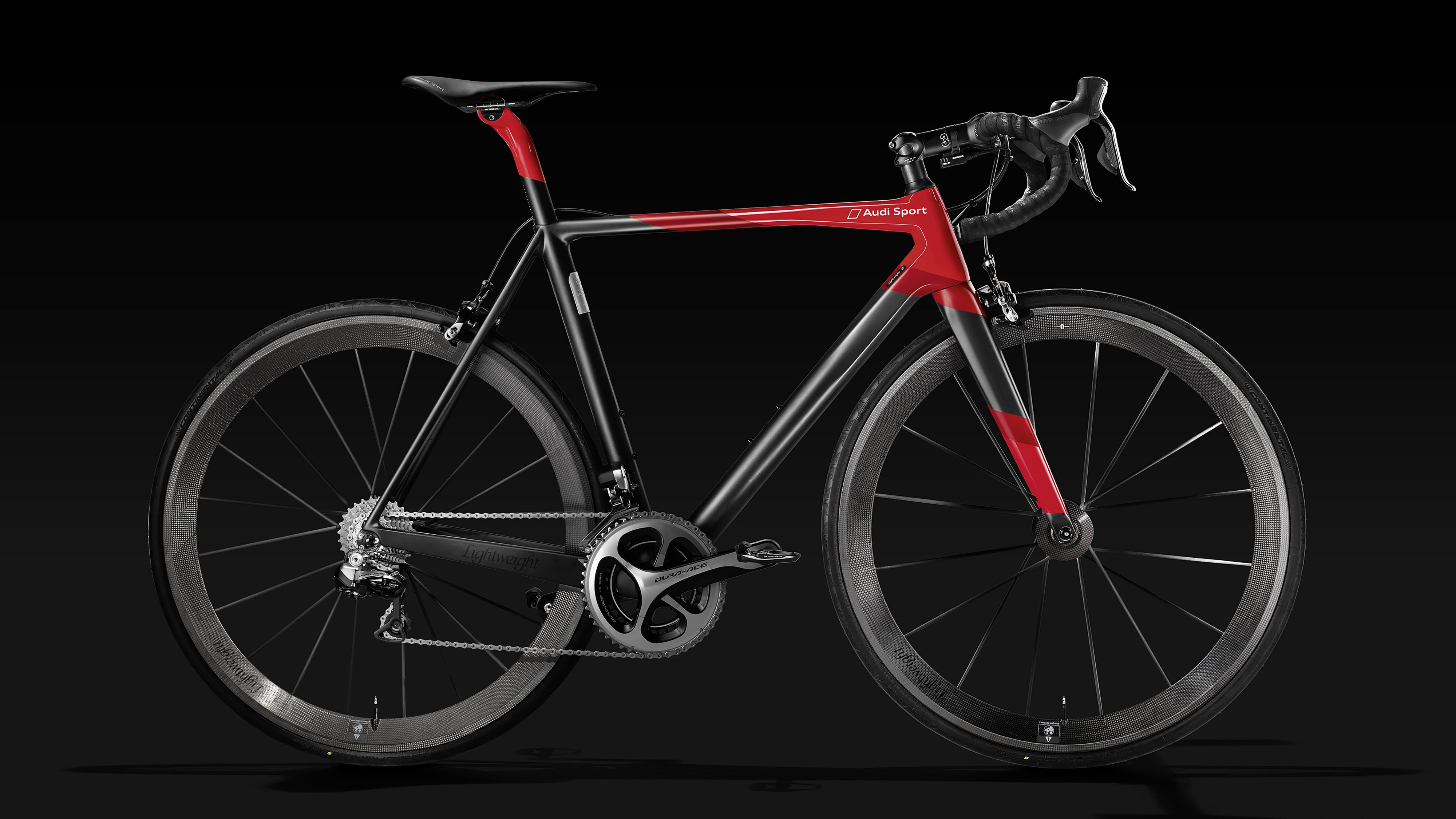 This ultralight bike costs as much as a car. Not a surprise given Audi's at the helm, but the nutso price tag includes some design and tech that's pretty cool.

Weighing a total of around under six kilograms — wheels included — the limited edition Audi Sport Racing Bike will go on sale in Japan soon, though there are only fifty bikes available. The sleek two-wheeler was unveiled for the first time back in March at the Geneva Bike Show. What's the secret to making a bike that weighs as much as a dachshund? Light-yet-strong carbon fibre made by Japanese chemicals company Toray. It's the same stuff Audi uses in race cars.

Carbon fibre is great — it makes things like this chair that's lighter than a two-litre of Sprite possible. But carbon fibre is also expensive. Like, stupid expensive. An off-the-shelf carbon bike made for kids can run $US2,000, while a full-size racing bike can be far, far more.

Still, carbon fibre — while prohibitively expensive at times — has lots of potential far beyond fast bikes. Engineers are working on using it alongside plastic to replace metal gears in cars, for one. Keep an eye on what's coming out of Japan: Toray, the same company who worked on the Audi bike, expanded an $US8.6 billion deal with Boeing last year, which makes a lot of sense, since carbon fibre can make planes like the 787 Dreamliner lighter and more fuel efficient.

Of course, for every brilliant use of a good material, there's a dumb equivalent: Allow me to direct you to this toilet seat.