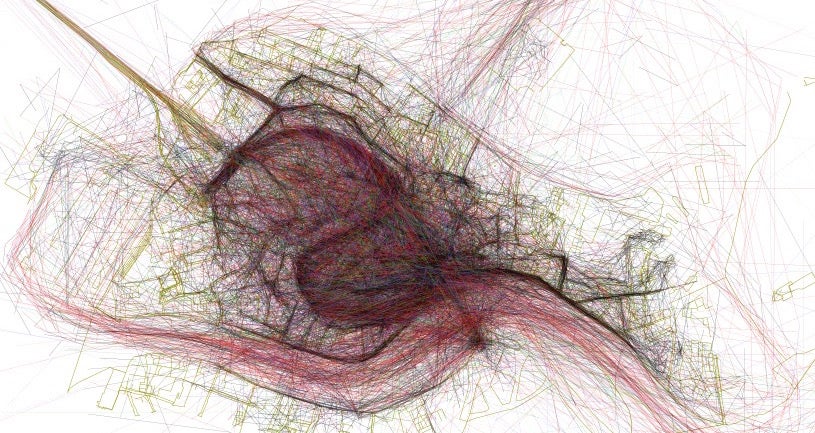 For the past five years data artist Eric Fischer's been working on something called the Geotaggers' World Atlas, a project which hopes to discover the world's most interesting places by examining beautiful Flickr photos. As it turns out, the maps showing the routes between them are just as beautiful.

Using Flickr's API, Fischer has been searching for and drawing lines between clusters of photographs in various cities. He looks for clusters because that's the easiest way to see that there's something worth photographing there:

A cluster of geotagged photos is a good indicator of the interestingness of a place because it signifies that people went there in the first place, saw something worth taking a picture of, and put the extra effort into posting it online for others to appreciate. And a sequence of photos along a route is even more significant, because it indicates that someone sustained their interest over distance and time rather than taking one picture and turning back.

While the clusters are certainly a pretty amazing way to think about where we choose to aim our cameras, the routes that follow a particular photographer's path through a city are particularly intriguing. Fischer has coloured these lines according to speed, so the red blurs you see are moving faster than walking, typically on bikes or ferries. The result is a kind of Spirograph of sightseeing activity that becomes more complex as you zoom in. At first it's like thin lines of thread neatly unspooling between pins stuck into a map, then it looks as if someone sketched out all the routes in coloured pencil. 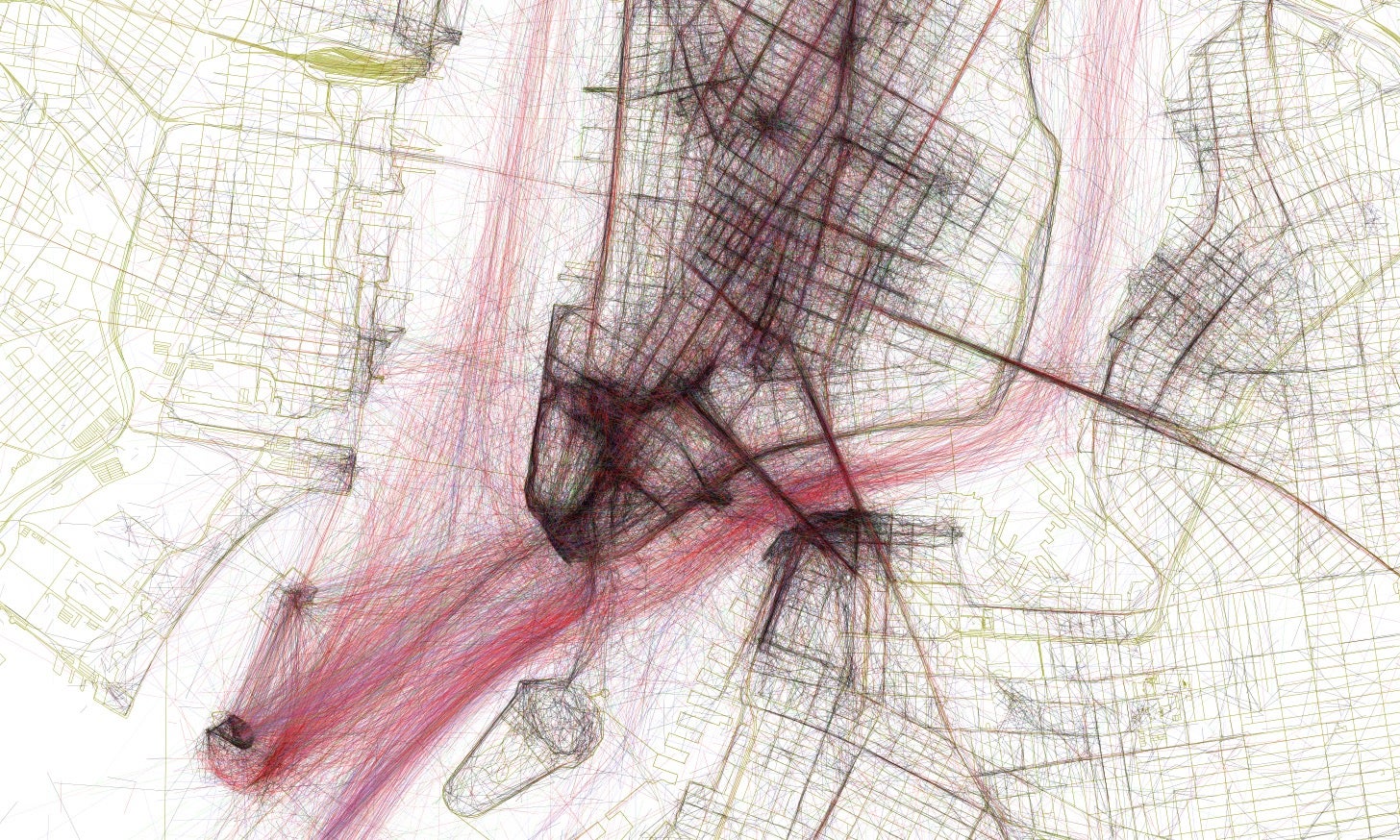 Detail of Lower Manhattan, with the ferries in full effect

What's really cool is how you could use these maps to see the sights in any city without opening something like a guidebook at all. You can quickly get a sense of which places are the most popular: The darkest paths are likely the busiest tourist spots. But you could also use them to discover new places — it's easy to find notable gems that obviously attracted some photographers, but which are quite literally off the beaten path. [Mapbox via CityLab] 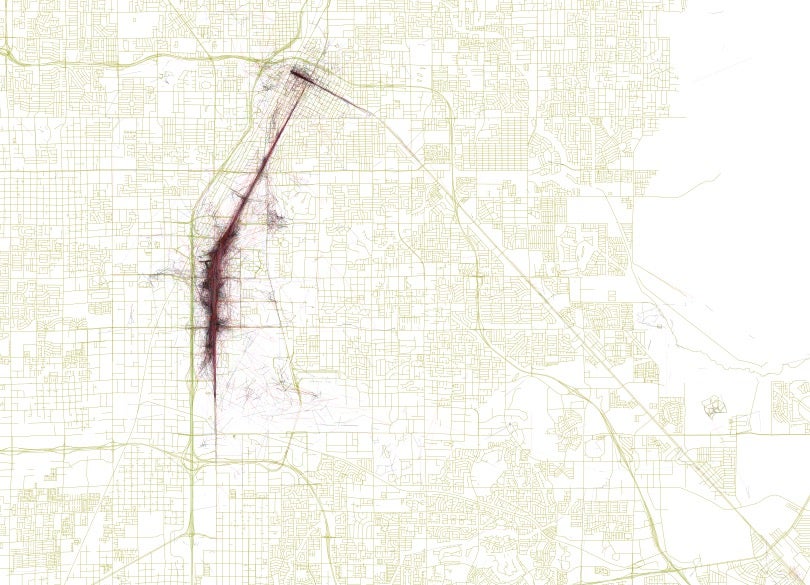 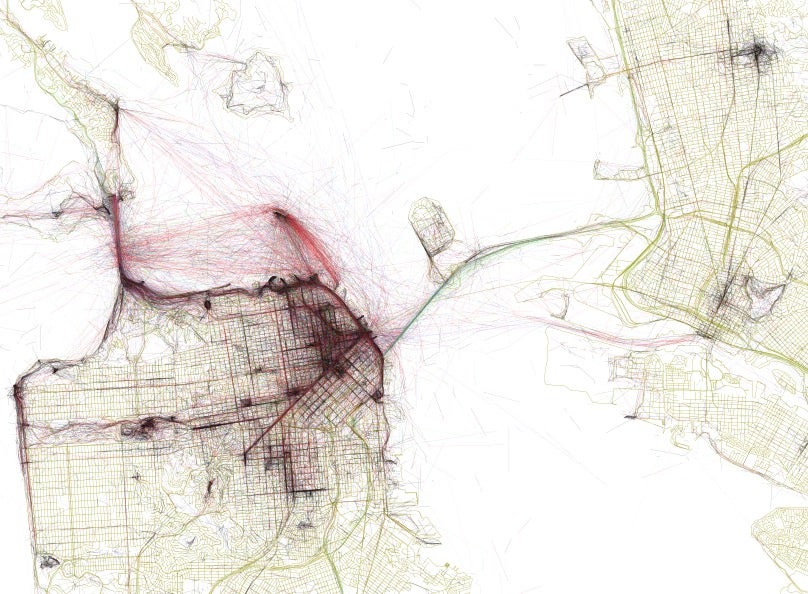 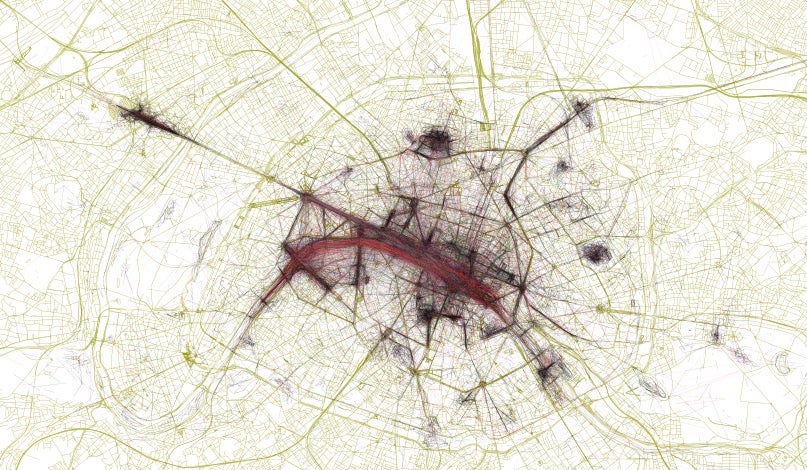 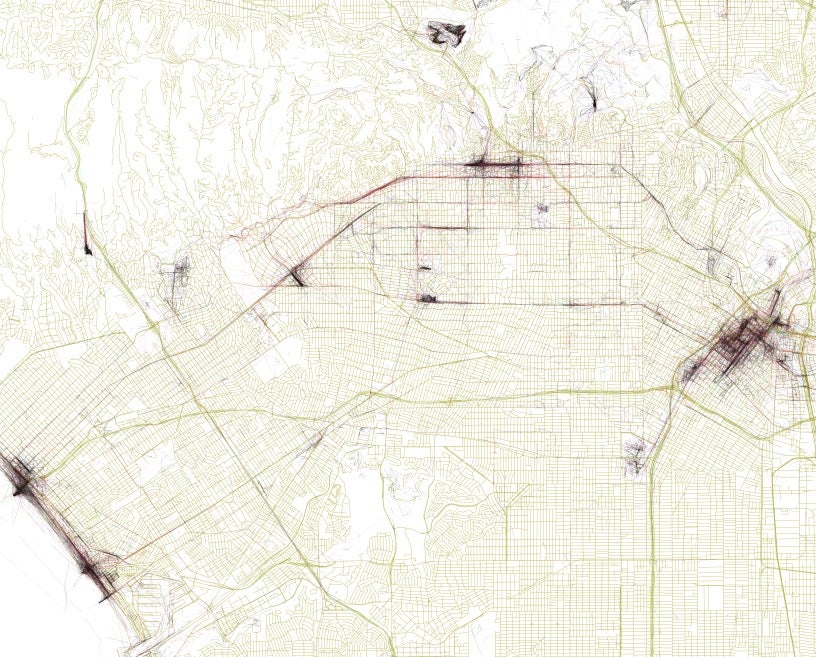 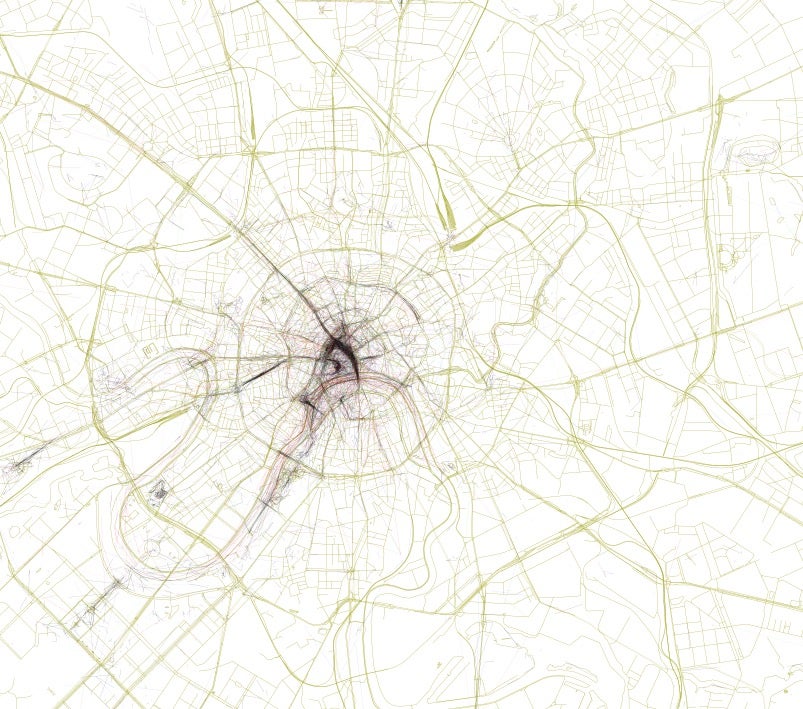 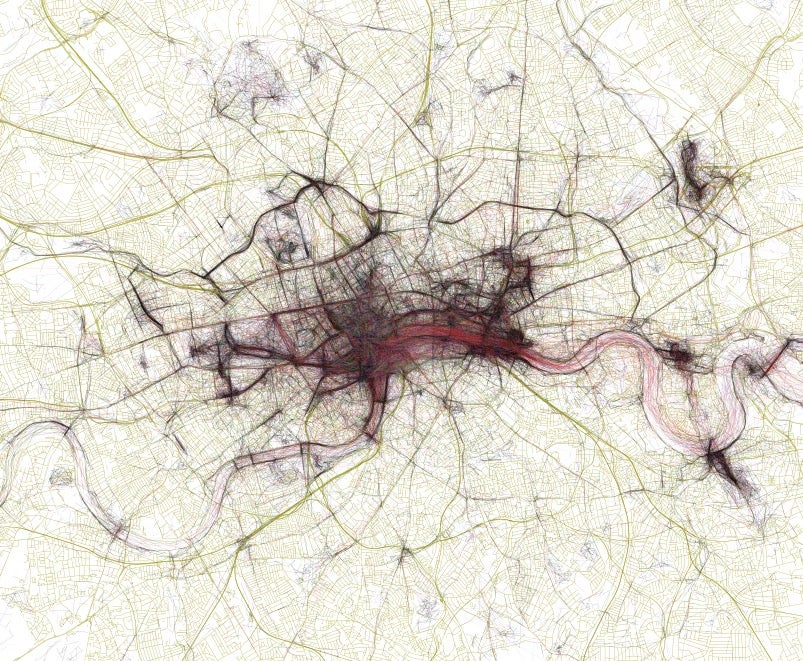 Can you guess the city at the top?