These Augmented Reality Hands Are Giving Me Nightmares 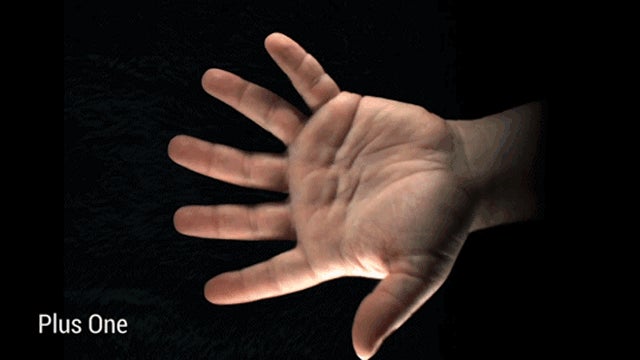 Evolution decided that humans should have five digits on the end of each limb. Not four. Not six. Certainly not five little hands attached to one big hand. But thanks to this art/technology/torture installation, some people got to experience what would have happened if Darwin screwed up.

Augmented Hand Series (v.2) was a project developed by some deranged lab at Carnegie Mellon, and inflicted on unsuspecting members of the public at the Cinekid Festival of children's media earlier this year.

Visitors put their hand inside a box, and then saw an augmented-reality versions of themselves move, but with extra (or missing) fingers, transmutated thumbs, fractal hands — any of the 20 visualisations.

Somehow, not everyone ran screaming from the room. Maybe it's the slight lag, maybe it's the extra fingers; but something about a fractal-design hand just seems a little wrong. [Flong]