The US Ivory Trade Is Alive And Well On Craigslist 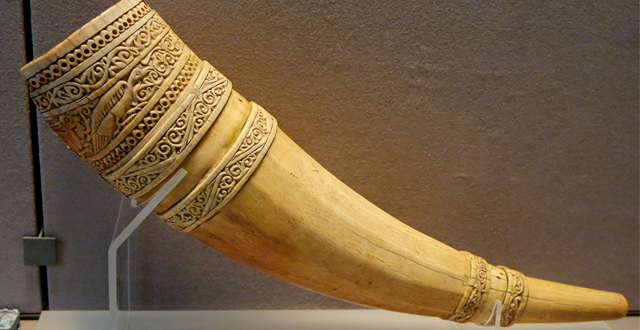 We tend to think of the ivory trade as an elusive black market of hardened criminals and shadowy elites, operating in the darkest recesses of the internet. But, as it turns out, there are plenty more ordinary ivory buyers and sellers, including just about anyone on Craigslist.

As Motherboard reported this week, the International Fund for Animal Welfare and the Wildlife Conservation Society have just released a joint study investigating the extent of the ivory trade on Craigslist over a one-month period. The results are pretty damning: The 456 ivory items posted for sale in the 28 US cities examined value at roughly $US1.5 million dollars. The San Fransisco Bay area ranked first in terms of number of items for sale (84), followed by LA (79) and South Florida (60).

In addition to products listed as ivory, the study found 84 suspected ivory products and 75 related wildlife products, including an elephant leg stool (wtf?) on sale in Chicago. While many of these items were listed as antiques — which could make them acceptable under international regulations that went into effect in the 1970's — only 3 per cent of the sale items came with any documentation whatsoever.

The good news is, when the IFAW and WCS reached out to inform the classifieds site about the study, Craigslist immediately agreed to ban all ivory products. But there are plenty of questionable items still listed, and how exactly the Craigslist plans on enforcing that ban is unclear. It'd be great if we could all just get over our asinine obsession with animal products that are literally wiping out some of the most incredible creatures on the planet. Sadly, simply telling people that trading ivory is wrong doesn't seem to be working too well. [Motherboard]

Read the IFAW / WCS study in its entirety here.