Doctors Are Making A Catheter That Hurts Less 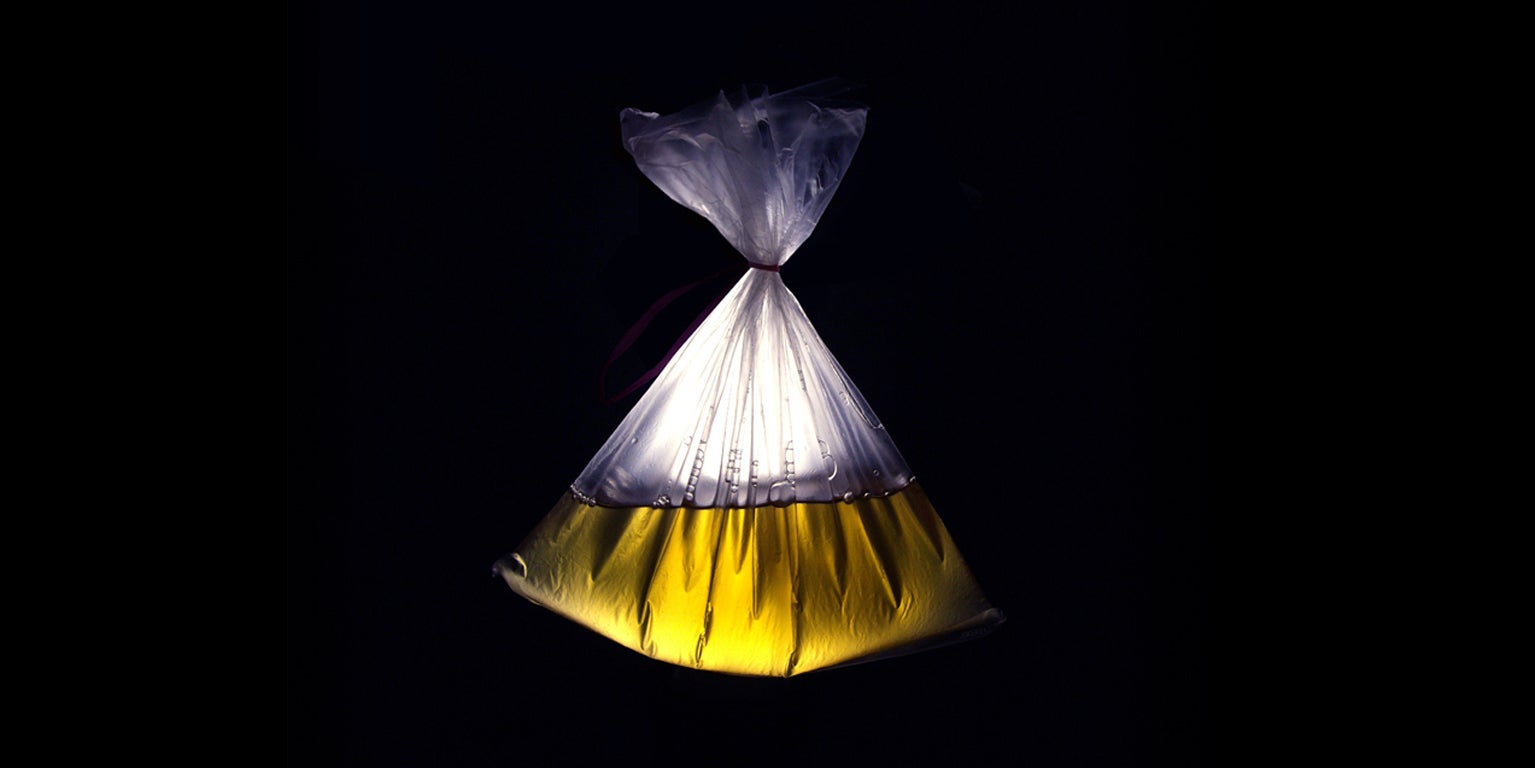 If you've ever had a urinary catheter, you'll know they're unpleasant. If you haven't, imagine someone threading a tube up through your urethra into your bladder and ... yes, yes they hurt. Mercifully, scientists are working out how to make the process less painful. Here's how.

Urinary catheters are used when it's impractical for a patient to pee by themselves for whatever reason — it could be the result of a medical condition or just the inability to move. Either way, tubes made of latex, polyurethane, or silicone, typically somewhere in the region of 3.3 millimetres and 9.3 millimetres in diameter, are inserted in to your urethra — the pipe that carries your pee to the outside world — allowing urine to drain from your bladder into a bag, along one continuous drop of pipe. The size range is large, but the choice is needed to make sure the fit is right: big enough for free flow of urine and to prevent flow around the outside, too. And if you're really ill and your urine is thick, bloody or — heaven forbid — full of sediment, a larger gauge is required. Gulp.

Often these devices are fitted temporarily then removed — making them, strictly, intermittent urinary catheters. Dr Nicola Irwin, from the School of Pharmacy at Queen's University Belfast, tells me that "patients with poor control over their bladder function, for example those with urinary retention or drainage problems caused by neurological conditions such as spina bifida or spinal cord injuries, may repeat this process up to eight times a day." If you think the idea of a tube being inserted and withdrawn from your urethra on a regular basis sounds like it could prove painful, then you'd be right! "Insertion and removal of poorly lubricated catheters causes friction between the urethral walls and the device surface, which is not only painful for the patient, but upon regular use can lead to damage and narrowing of the urethra, bleeding and infection," she adds. Double gulp.

Fortunately, these tubes aren't inserted without a little help. To reduce the friction between the catheter and urethral walls — and hence the pain and damage — the tubes can be lubricated with water- or silicone-based gels. That helps — but it's not perfect, because it makes the devices difficult to handle during insertion. "Alternatively, the catheter surface can be pre-coated with a layer of material which becomes slippery when wet," explains Irwin. "Many currently used coatings, however, dry out quickly, becoming 'sticky' and potentially causing pain and damage upon device removal. A further issue with many coatings relates to the coating partially rubbing off during insertion. This leads to friction, pain and damage upon device removal." Triple gulp.

That's why Irwin — working with Professor Colin McCoy, also from the School of Pharmacy at Queen's University Belfast — has developed a new set of coatings. Known as Uroglide, they have specially developed to be "more slippery, durable, and stay wet for longer than many of the currently used coatings." The finer technical details remain under wraps for now, but compared to the current gold standard coating, polyvinyl pyrrolidone, Uroglide reduces friction by 40 per cent and stays slippery for twice as long. It's also cheaper. The opposite of gulp.

How do those numbers feel for patients? It should give them "enough time to insert the catheter, drain urine and remove the catheter before the coating dries out, becomes sticky and difficult to remove." In turn, Irwin claims, that should "reduce the pain, bleeding and infections experienced by the patient." There's also some benefit for health workers, too. "By potentially reducing infection rates and easing the catheterisation process, Uroglide-coated catheters could save medical personnel time and money, and thereby reduce the burden on limited healthcare resources," suggests Irwin.

The only downside is that Uroglide isn't as yet available, but the team behind it expects it will be tested and approved for use in hospitals "within the next two to three years." And until then, the Belfast-based researchers are seeking to improve on their work further still, building in infection resistance into the coating. But for most patients that comes lower down the list of requests; higher is demanding the thing's taken out before the coating dries out and friction rears its ugly head. Fortunately, it might soon take twice as long before it pays a visit.