Spotify Wants To Be Your Endless Source For Video And Podcasts, Too 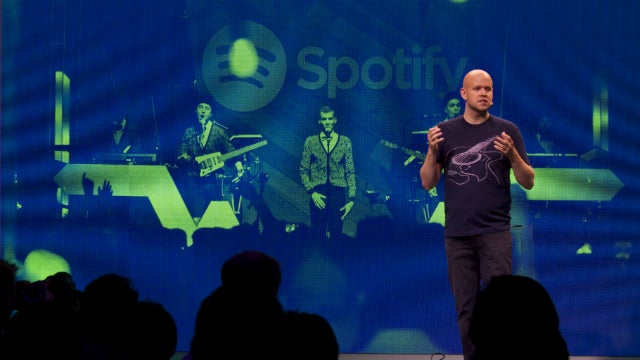 During a New York City press conference, CEO Daniel Ek expounded how his company wants to be a comprehensive source for every type of entertainment media possible through its formerly music-only platform. That means podcasts and videos, all streaming through Spotify. The new Spotify will begin rolling out in the U.S., U.K, Germany, and Sweden starting today.

Additionally, Ek introduced a new new UI design that's centered around playlists that suggest music for you depending on what time of the day it is. So you get music for your morning commute as well as your evening workout. These playlists aren't new exactly, they were buried in the service before. And it's very similar to what Google Play Music has been offering since its acquisition of Songza.

The UI bit is nice, but the big news is that Spotify expanding into audio podcasts and video content. Spotify showed examples from Vice News, Comedy Central, and The Nerdist (just to name a few.) There will also be Spotify-specific video content that Ek says will center mostly around music. This follows exclusives route that Jay Z's tidal service hopes will lure users away from Spotify. Here's a look at some of Spotify's new content partners: 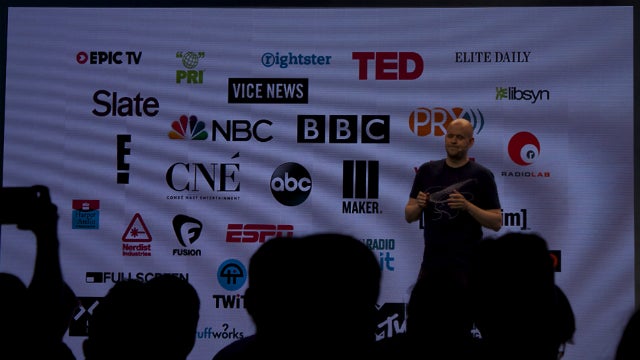 Moving beyond video and podcasts, Spotify circled back to some new music-focused updates centered specifically around running. It looks like this: 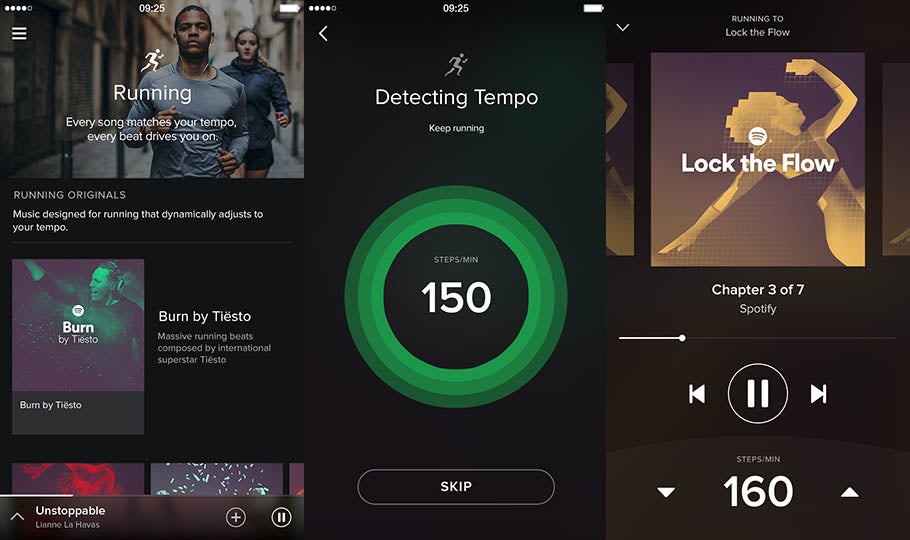 The new Spotify app will have a "running" feature that can identify the tempo of your run and supply a song that matches that specific tempo. Spotify will also be working with artists (like Tiësto) to make specific, running focused experiences and partnering with RunKeeper and Nike to push its new Spotify running platform. 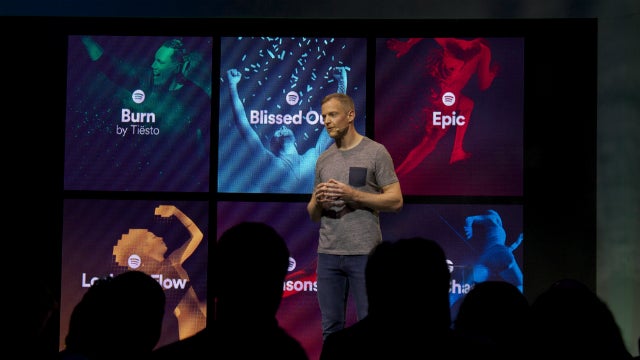 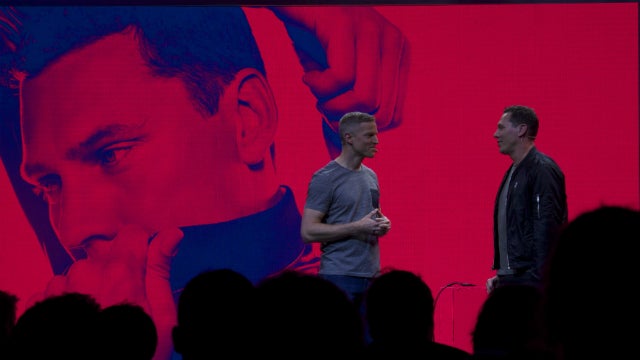 See...Tiësto was there. I wasn't lying.

The timing is also perfect for Spotify to up its game with some competition from Apple's forthcoming, Beats-powered music app and the (not so impressive but star-studded) Tidal. Since 2011, Spotify has been the unofficial king of music streaming, and it looks like it's not willing to relinquish the crown.