Russia's Building A (Slow) Computer Chip Of Its Very Own 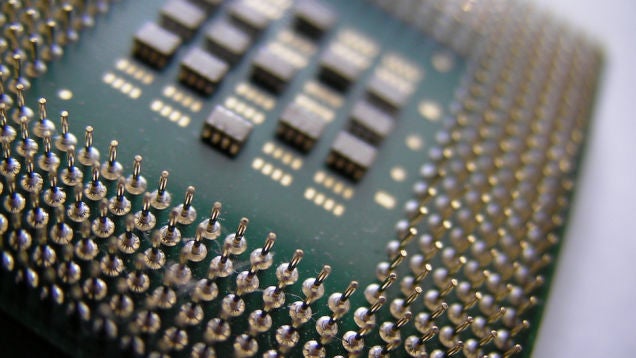 While Russia might have fleets of tanks and fighter jets to call its own, there's one important product it still relies on the western world for: computer chips. But thanks to the launch of the Elbrus-4C, the 2006 Intel Pentium chip finally has a competitor.

The top-of-the-line (in Russia) chip uses a proprietary architecture called Elbrus ISA; but as Ars Technica points out, it features x86 emulation, meaning that an Elbrus-powered PC is compatible with most desktop software.

But that software won't necessarily run very quickly — the 4C's clock speed tops out at a whopping 800MHz, which isn't quite as much as, say, the capitalist Intel i7, which runs around 3.5GHz. Of course, clock speed isn't everything; but other indicators, like the 65nm lithography and underwhelming transistor count, make it clear that the chip is a good few years behind the cutting edge.

More significant than just the processor, though, is the fact that Elbrus-4C comes as part of a computer: the Elbrus ARM-401, a desktop running a custom Linux distro (or Windows XP!). It even has USB ports. Although the whole package is kinda entertainingly outdated these days, it is an important step towards Russia gaining some modicum of technological independence. [Ars Technica]