Relighting A Candle In Slow-Mo Is Bizarrely Interesting 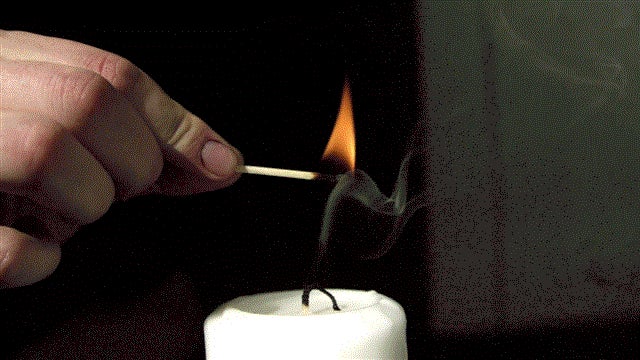 On a scale of one to mundane, relighting a candle with a match sits just a little higher than watching paint dry. But as with almost anything, film a candle at 2000 frames per second, and things get much more interesting — and weird.

As the slow-motion footage of relighting a candle reveals, just holding a match to the smoke coming off an extinguished candle will bring a flame to life — without touching the wax, or the wick.

According to the Slow-Mo Guys (who are wearing lab coats, and therefore scientifically beyond redoubt), what's actually happening is the vaporized wax coming off the candle is relit, transferring the flame back down, and eventually relighting the wick.

Yet more evidence that all human life should be filmed in slow-mo. [YouTube]