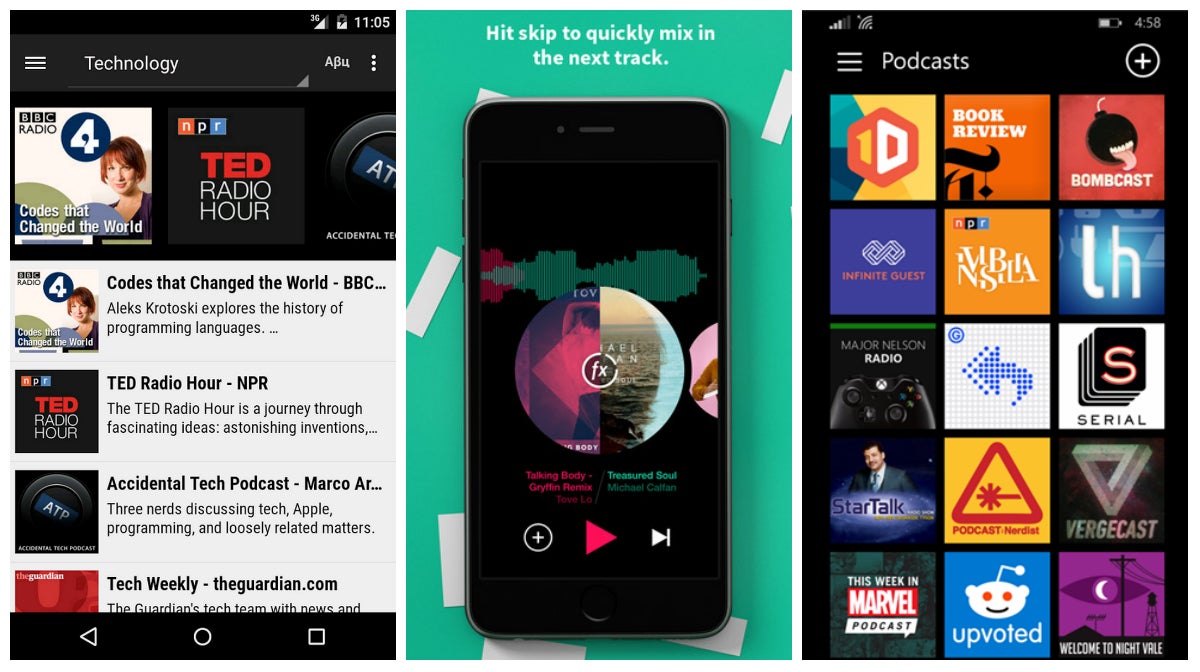 Thanks to Microsoft's Build 2015 developers conference, the apps world is all shaken up. With news that Android and iOS apps will be easier than ever to port over to Windows 10, apps on Windows Phone just got a lot more interesting. But amidst all this chaos, new apps hit mobile stores this week with regular frequency, including a couple podcast apps, a crazy-weird travel app, and some fancy DJ-in-your-pocket software. Check 'em out. 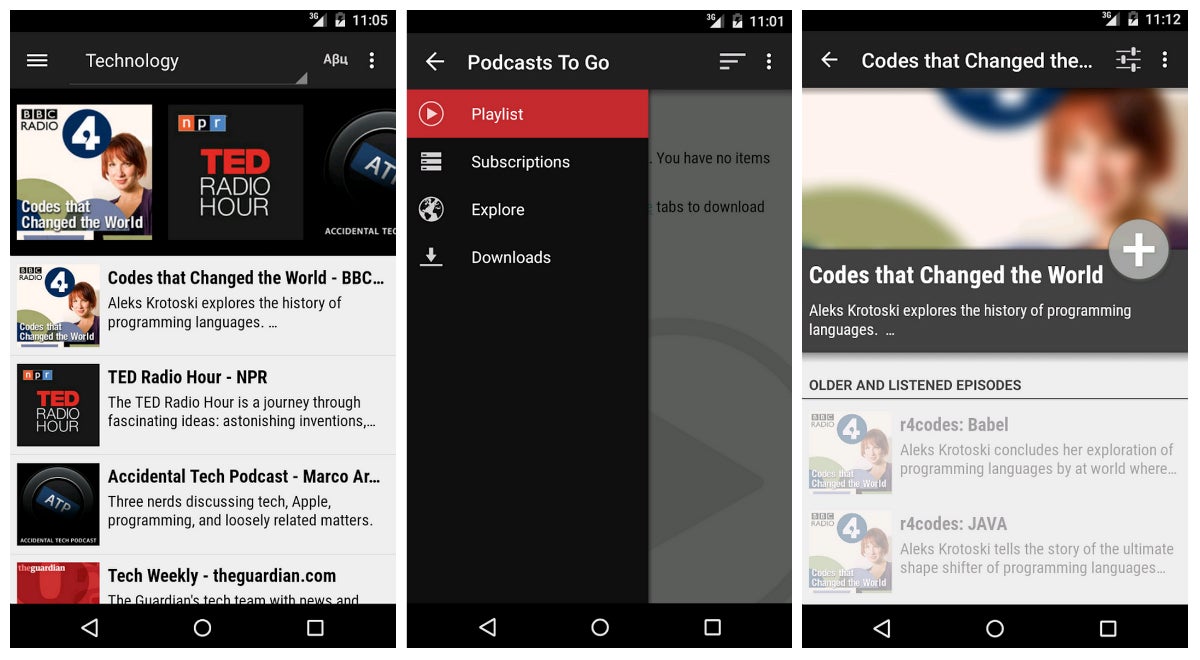 Podcasts are great and wonderful and lovely listens on your commute, whether by car, rail, or your own two legs. Keeping track of podcasts, however, is significantly less wonderful and lovely. That's why apps like Podcasts to Go exists. Currently in beta, this app is a podcast manager and player that keeps track of your favourite casts by periodically downloading the very latest — and listening controls are stored both in-app and in the notifications menu. It's neat and worth a look. [Free]

Yallo is a new dialer for Android. I know, there's like a zillion. But one feature Yallo does offer caught my eye — call recording. As a journalist who regularly has to record interviews via phone, this. Is. A. Gamechanger. It's also incredibly simple. Push a button. Done. Other apps I've used make you call another line, put the person on hold than make a conference call. Any added convenience is very much welcome. But more than recording, Yallo also works on WiFi and you can even text a message that will pop as you're calling someone so they know what you're calling you about and if it's an emergency. Useful! [Free] 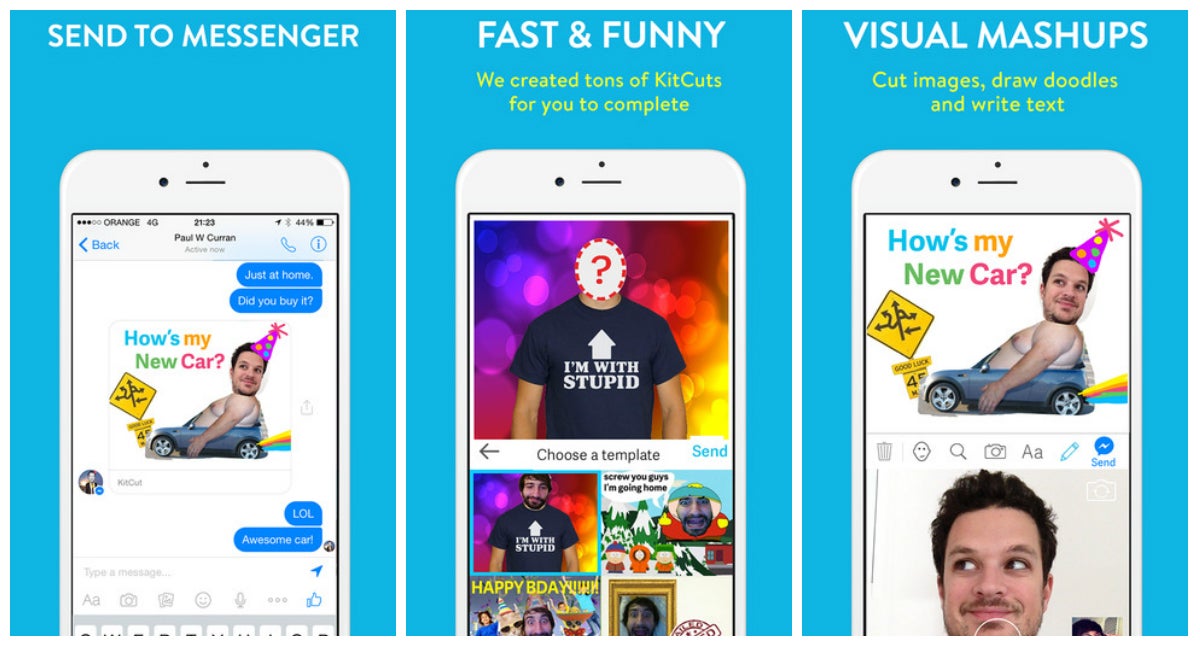 I'm pretty straight-laced when it comes to texting. Type some words, maybe an emoji. A GIF if you're lucky. But for those far more creative with their digital correspondence, there are apps like KitCut. KitCut is a quick and easy app that let's you create personal messages using your camera roll and a gallery of images that you can place your beautiful mug over. You can also type messages in the image as well. If you want to up your messaging game, KitCut is a good tool to have in your app arsenal. [Free] 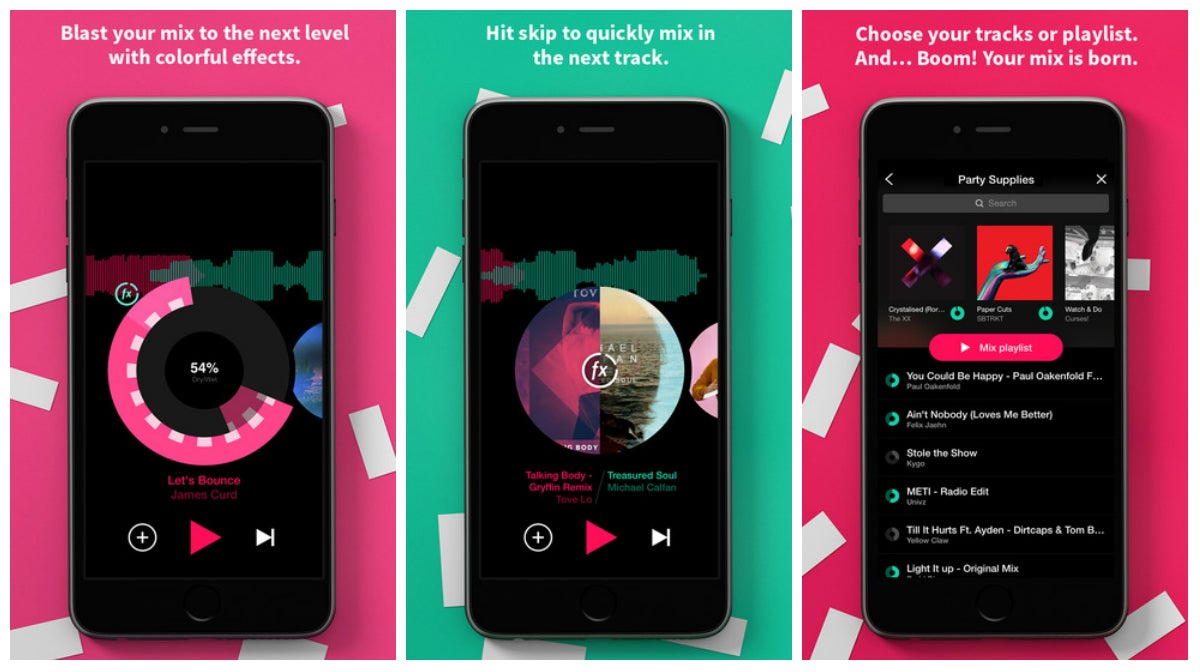 Pacemaker was an awesome DJ app for iPad, and with it you can create mixed-matched mash-ups right on your iPhone. Like the iPad app, Pacemaker taps into Spotify's million-song-deep library, so you can pretty much choose any song you want to remix no problem. The app then gives tempo control and other effects to make your own musical creations. [Free] 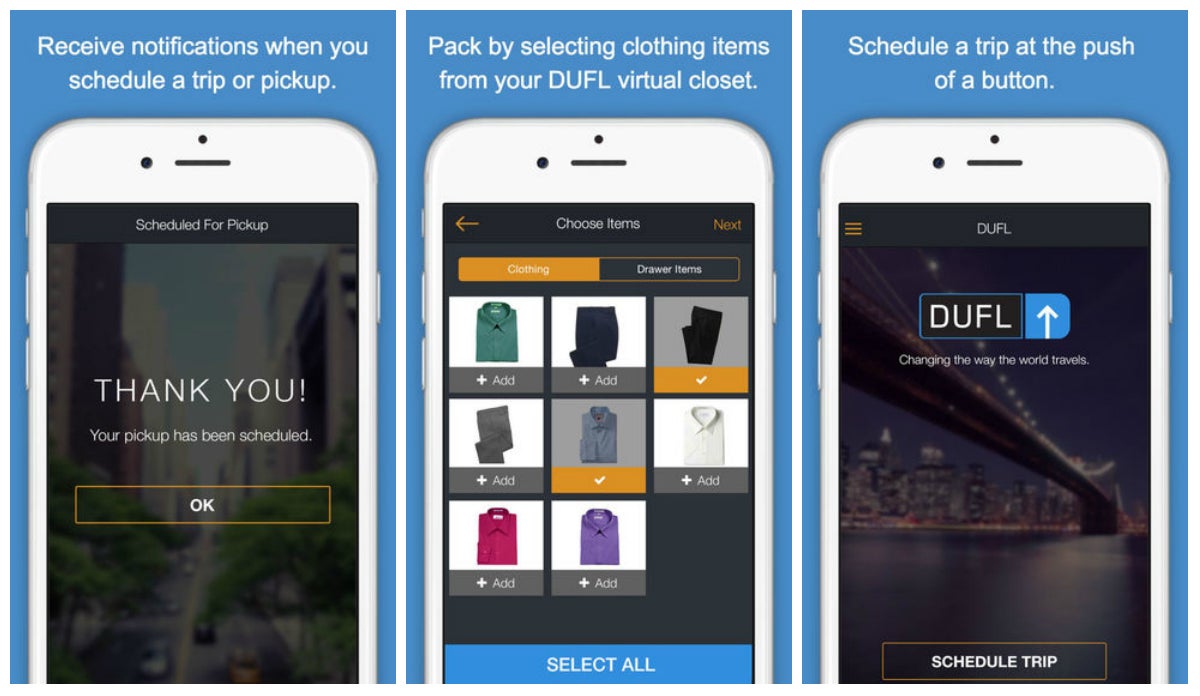 Dufl is just too strange of an idea not to include. Travelling with bags is pretty much the worst thing ever. I'd rather cram my entire existence in to a small carry one before I have to deal with a baggage carousel post-flight. Dufl is a luxury surface where you create a virtual closet and tell Dufl where you're going. When you arrive at your hotel, your clothes are already there and waiting. When you're done, Dufl takes your clothes and launders them so they're ready for your next trip. That means absolutely no bags when you travel... Except maybe to carry around that massive book you've been meaning to finish. [Free] 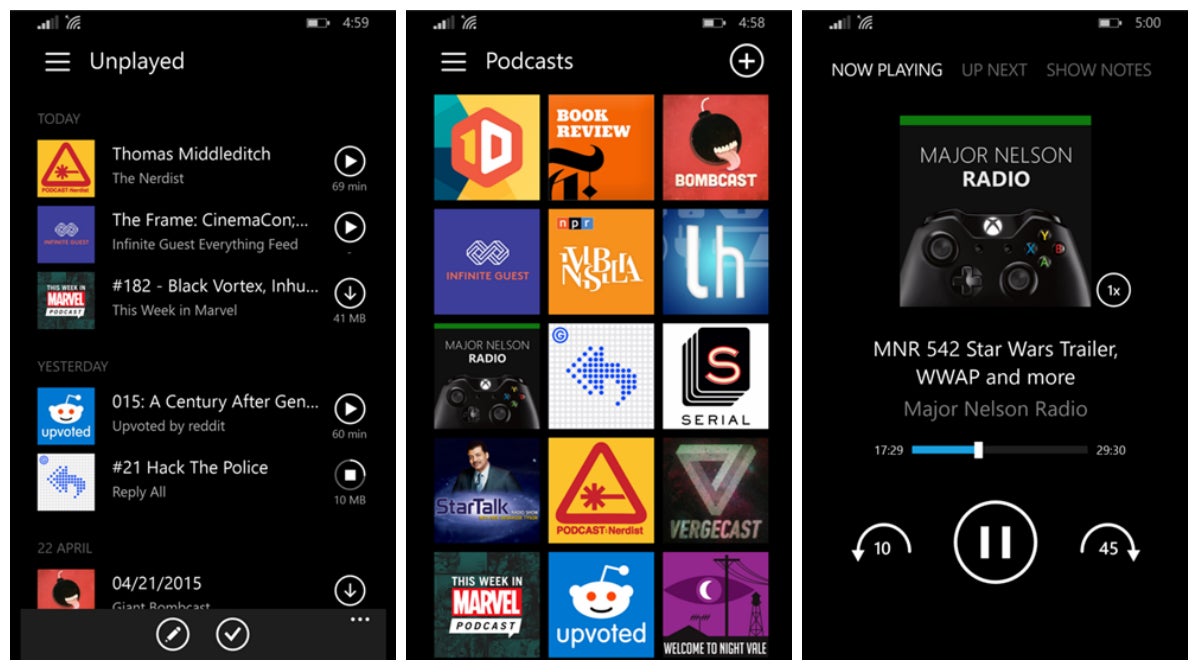 If you're looking for arguably the best podcasting app out there, Pocket Casts should be on your list. Four years after launching for iOS, Pocket Casts is now available for Windows Phone, and just like the versions that have come before it, you can discover, play, and curate a library of podcasts for your ears' listening delight. You'll be paying a bit for the service though. [$US4]