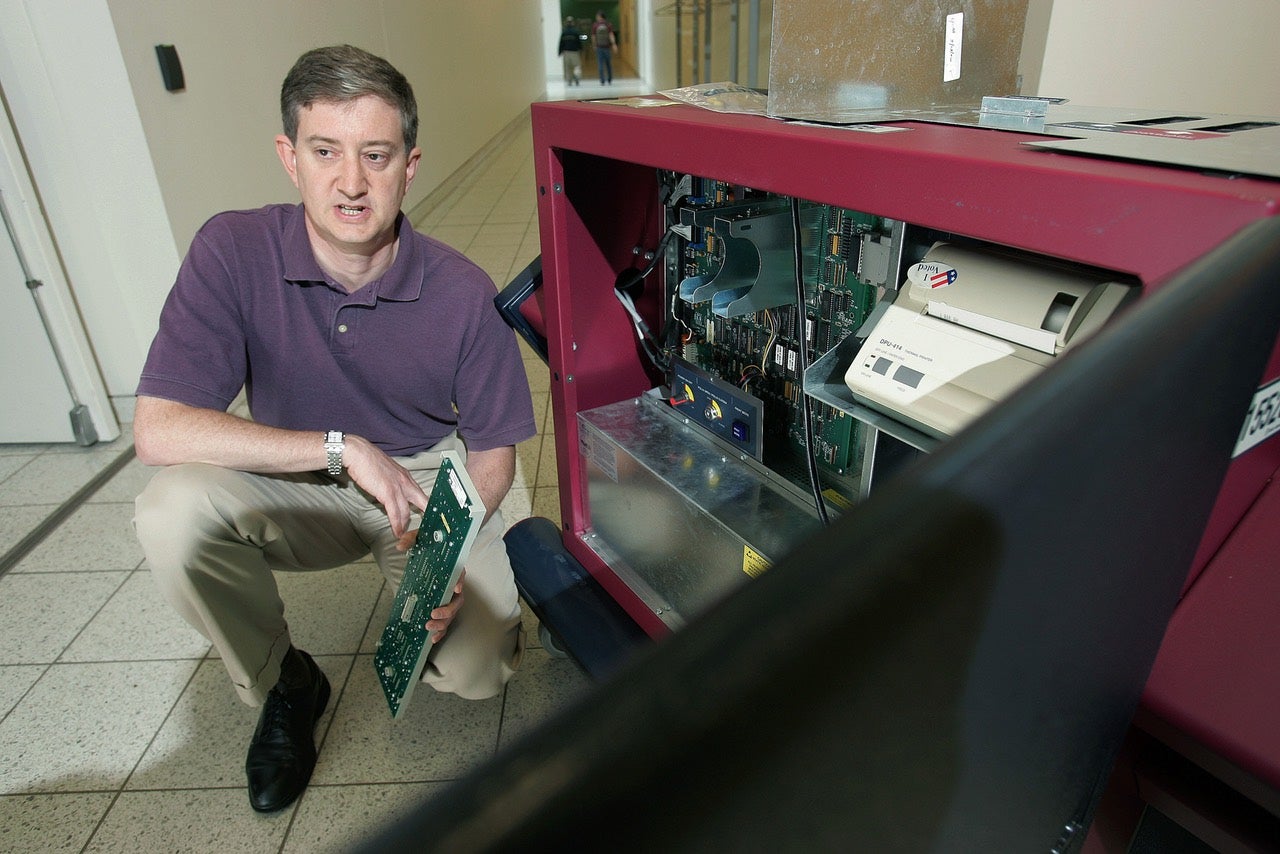 The White House just named Ed Felten as its newest advisor in the Office of Science and Technology Policy. Felten is a professor at Princeton, but you might remember him from a 2006 video where he shows how to hack a voting machine and potentially steal an election. (Conspiracy theorists, start your engines!)

"Our study shows that a criminal who can inject malicious software into this voting machine can control how the votes are tallied," the narrator of the video says. "His malicious software can steal votes, and it can cover its tracks so that the theft cannot be detected."

Felten and his two grad student researchers at Princeton wrote software to hack the Diebold machines and demonstrated it in the video below.

Aside from being on faculty at Princeton, Felten has held a number of positions in government. He was named the first Chief Technologist at the Federal Trade Commission, and also worked on antitrust issues at the Department of Justice. He was also a board member of the Electronic Frontier Foundation.

So what does this mean for White House policy? We'd speculate that perhaps the US might start to take the security of its e-voting machines more seriously. Or, as conspiracy-minded folks will likely conclude, Obama is looking to rig upcoming elections in favour of the Democrats. Either or, really! [Whitehouse.gov]

Picture: Ed Felten in 2007 with an AVC Advantage voting machine via AP