iOS 9 May Be Getting An All-New Siri

Technology is filled with all kinds of rumours, real and fabricated. It gives us a look at might be and will be. BitStream gathers these rumours all in one place to divine what the future has in store.

Apple's Worldwide Developers Conference is only a month away, and rumours surrounding how Apple plans to update its mobile software are increasing steadily. We've already heard that iOS 9 probably won't have some flashy redesign. Instead, the software will most just focus on security updates and not being broken in general. However, it does seem that Apple has plans for a redesigned Siri that will look more like the colourful version now on the Apple Watch, and that's probably a good thing. With Google Now getting updated with insane frequency and Cortana getting a huge boost from Windows 10, Siri's been neglected. Apple needs to make up some ground.

Even before we get our hands on iOS 9 though, 9to5Mac reports that iOS 8.4 will include the new Beats-powered music service even though Apple is still trying to line up partners before launch. Cupertino's been battling other streaming services, like Spotify, to completely eliminate free ad-based services as the Beats app will only offer a paid subscription option. This means that just like the Apple Watch app, Apple is slapping another software advertisement on your phone without your say so. [9to5Mac]

STEM found a saviour in the most unlikely of places — emoji. A new education website, uses the power of emoji to teach kids scientific concepts in many different fields and disciplines. Of course, Bill Nye will bring us into this emojication future. [Fusion] 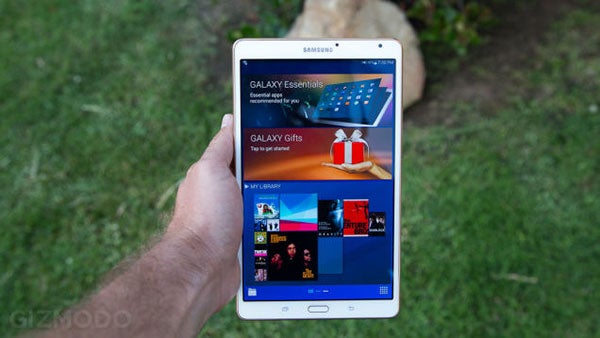 Last year's Galaxy Tab S had the most ludicrous display we'd ever seen on a tablet, and now Samsung may almost be ready to refresh the popular iPad competitor with four different variants. The 8-inch and 9.7-inch tablets could debut as soon as next month. [SamMobile]

A galaxy far, far away: Yale researchers push back the cosmic frontier seeing galaxies as they were 13 billion years ago. [Science Daily]

Stay calm and keep droning: Google and Amazon suddenly see US regulators about face on drones regulation. Maybe Amazon's threats of looking outside the US finally got to 'em. [WSJ]

Kill all credit cards: those old, outdated pieces of plastic's days are numbered, and a new offshoot of PayPal, Affirm, thinks the millennial generation will deliver the killing blow. [Quartz]