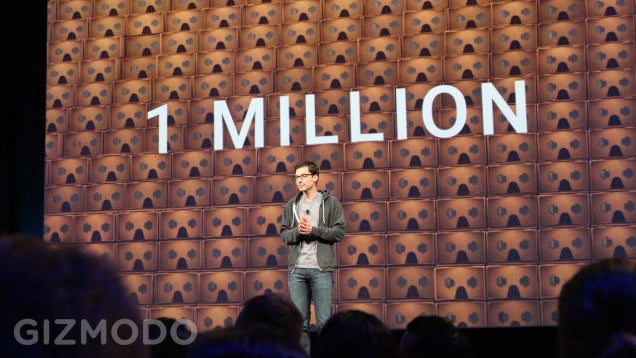 Google’s Clay Bavor told everyone at Google I/O today that there are over a million Google Cardboard headsets in the world today. There’s about to be a whole lot more: he also just announced that Google Cardboard’s Virtual Reality apps are heading to iPhone.

Bavor practically announced the cross-platform support with a shrug, quickly moving on to talk about Google Cardboard’s new education initiative (more on that in a second) — but bringing its VR apps to iOS is a big deal: there’s still no standardised platform for mobile VR applications yet, and Google is putting Cardboard front and centre. Worried your iPhone 6 Plus won’t fit today’s headsets? Don’t be: Bavor says a new version of Cardboard is launching today that easily fits 6-inch phones, and it comes together in just three easy-to-perform folds. Nice. 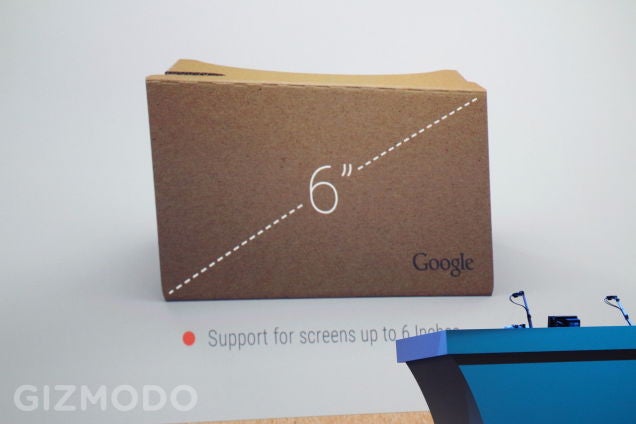 You’ll have plenty to watch too: Google says that 360-degree YouTube videos are now available on Google Cardboard for both Android devices and Apple devices running iOS 8.0 and above. It’s also introducing Google Jump — a 16 camera rig that standardises the creation of 360-degree VR content. The rigs are already available at all six global YouTube spaces too.

As awesome as a multi-platform VR content system sounds, Bavor was more interested in talking about education. Today, Google is announcing Google Expeditions, a packaged school program that outfits classrooms with Google Cardboard kits and special apps that can push the same Cardboard experience to dozens of devices. The idea? Cheap, virtual reality field trips. 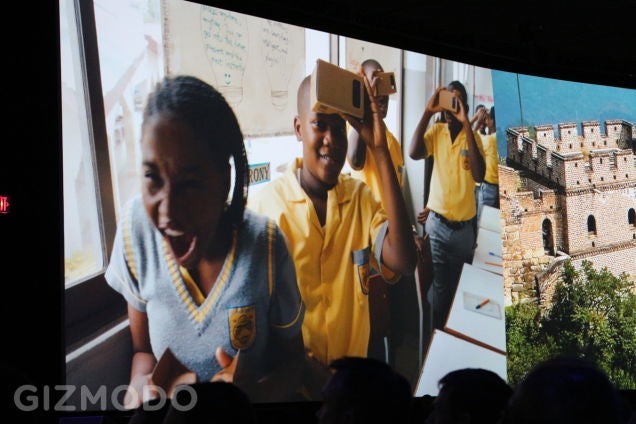 Google is working directly with museums to create curated, school-focused experiences, and schools and teachers can sign up for the program starting today. Finally, a reason for kids to be using their phone in class.