In the past few years there have been countless toys that claim to be STEM-focused (Science, Technology, Engineering and Maths) but few have done as good a job at introducing kids to concepts like programming and circuitry than a small company called LightUp. And through a new Kickstarter campaign it's about to expand what its circuit building toys are capable of, extending their programmability to include the Internet of Things. 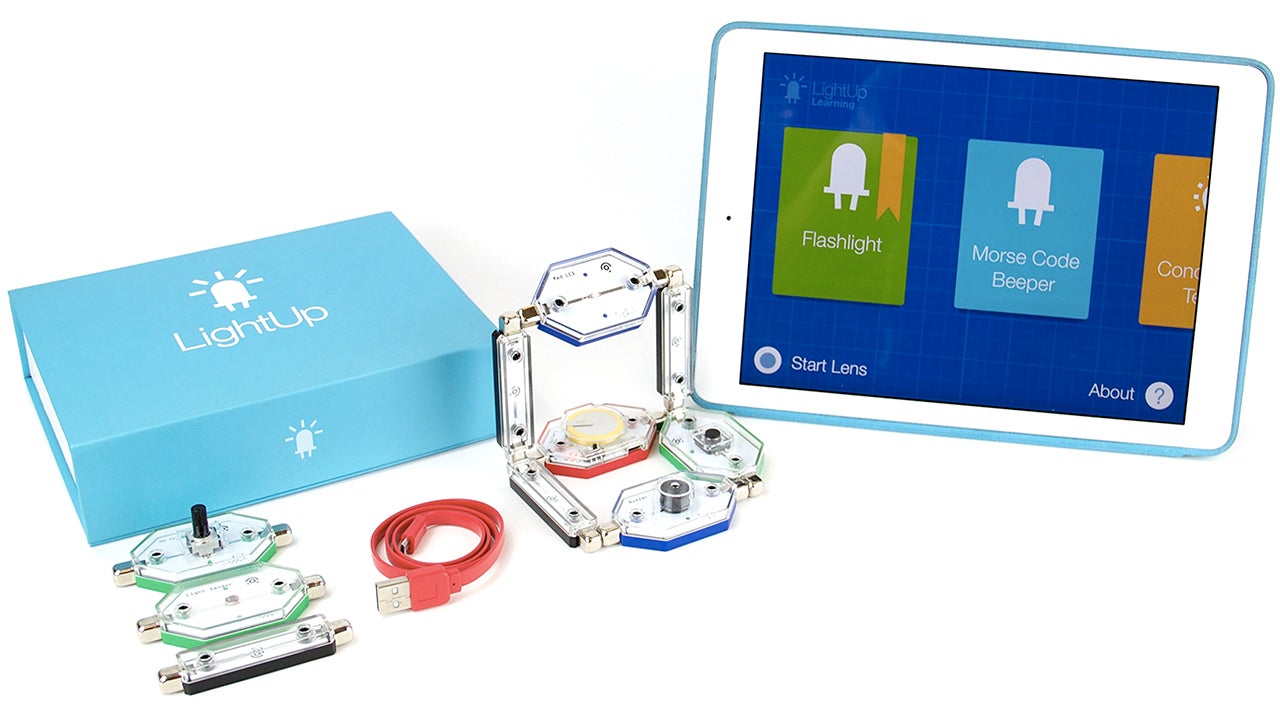 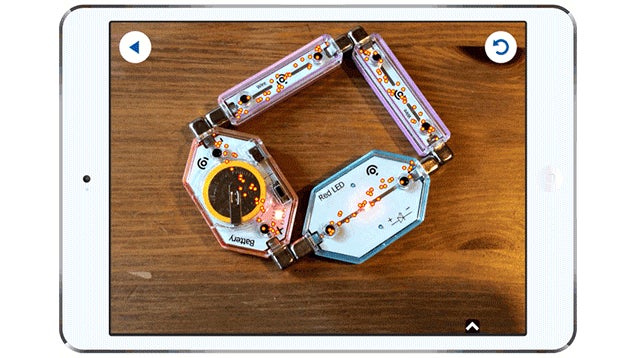 It was not only incredibly easy to build with (kids didn't need to learn how to solder wires) the Edison Kit also used an iPad's camera and augmented reality to cleverly analyse a child's creation and tell them why it wasn't working, or explain the scientific principles behind why it did. It was like having an electrical engineer on hand at all times to troubleshoot what you were working on, and it helped reinforce the idea that mistakes were OK and just part of the design process. 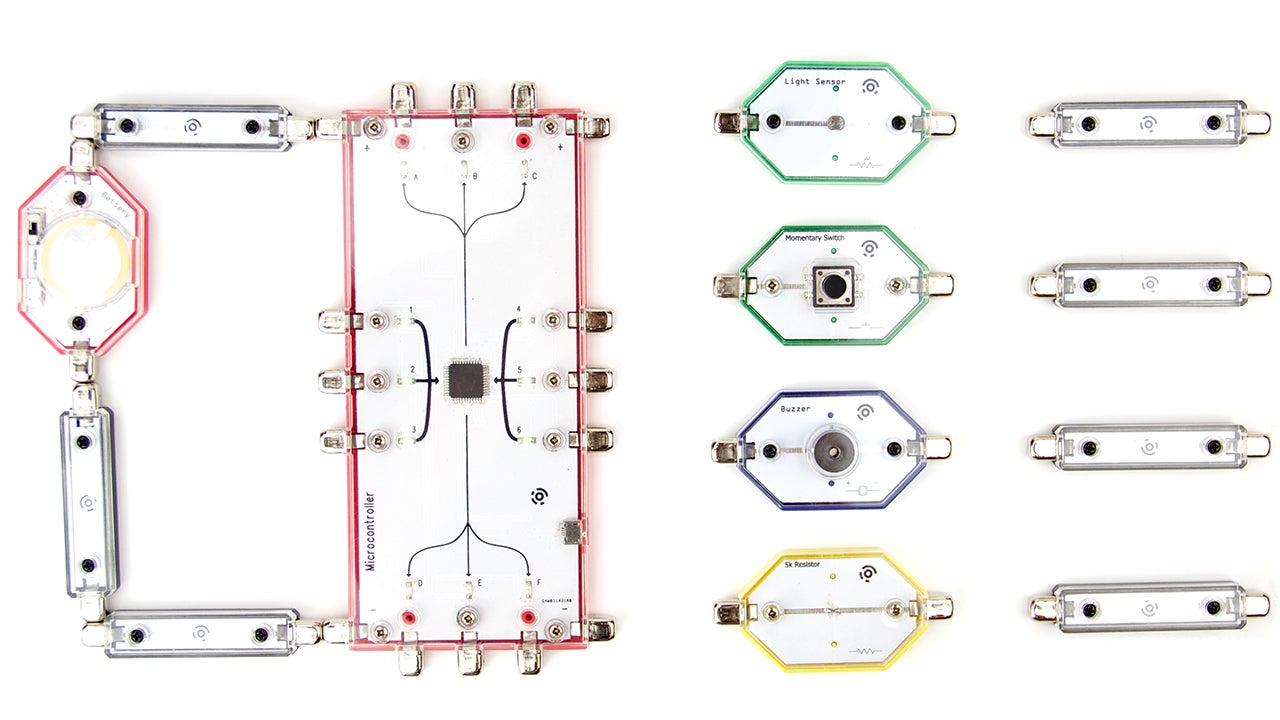 LightUp's Edison Kit was followed by the Tesla kit that introduced additional components including a module that could be programmed using an easy drag-and-drop interface on a computer. If kids knew how to use a mouse, they could easily modify how the Tesla Kit's components functioned and interacted with each other through basic programming. And that vastly expanded what kids could create with the kits. 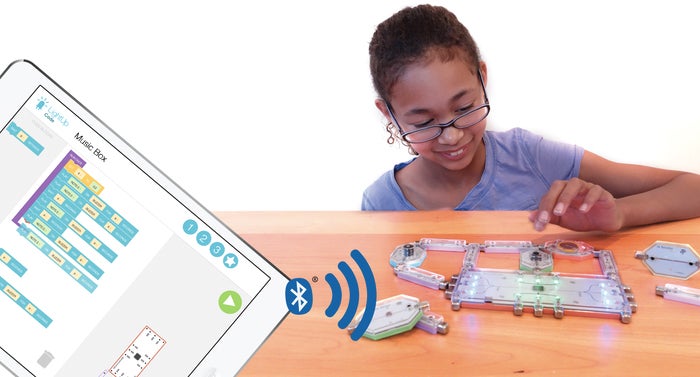 But while the Tesla kit needed to be tethered to a computer via a USB cable to upload and test programs, the new LightUp Faraday kit includes an updated central module with Bluetooth that wirelessly connects directly to the iPad. So as kids are building and programming using the drag and drop blocks, they can near-instantly update the module and test their modifications without having to bring a computer into the mix. 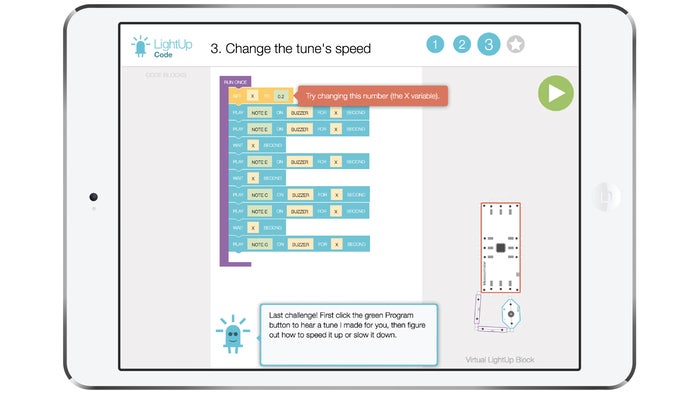 And instead of just building simple flashlights or electronic music boxes, the LightUp Faraday kid introduces kids to another buzzword: IoT, or Internet of things. Using the Faraday kids can build more advanced projects like an alarm clock triggered by the rising sun, or an intruder triggered by sensors. It helps show kids that electronics and circuits play a huge role in every single device they use, and will hopefully help inspire both boys and girls to consider becoming the electrical engineers and product designers of tomorrow.

The creators of the LightUp sets are once again turning to Kickstarter to help fund the production of the new Faraday kit, and are hoping to raise just shy of $US100,000. With an estimated delivery of November later this year — hopefully just in time for the holidays — the Faraday kit can be pre-ordered at an introductory price of $US89 with is actually ten bucks cheaper than the Tesla set.

As far as educational toys go, LightUp's kits manage to stand out in a crowded market where it seems like every company is trying to use the STEM angle to promote its products. Through the use of a brilliant accompanying iPad app that's able to show kids what might be going wrong with their creations through augmented reality, it helps ensure that even though there might be hiccups along the way, anyone playing with the kits will eventually have success in building a circuit that works exactly the way they want it to. [Kickstarter - LightUp Faraday Kit]