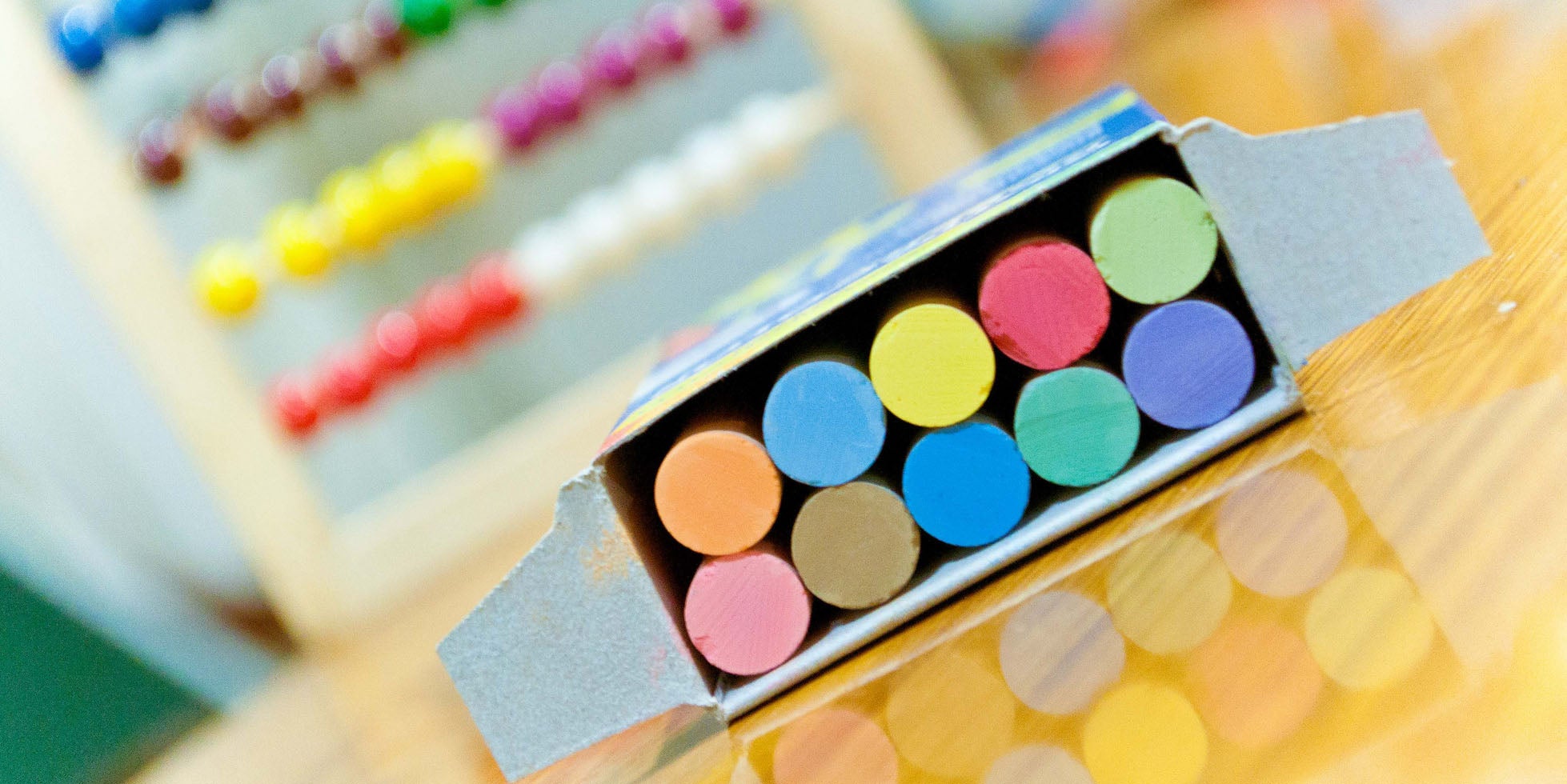 Ubiquitous in many classrooms since the 19th century, chalk and chalkboards are familiar to most of us. White, powdery and prone to sticking to those surfaces where it is put (and just as easy to wipe away), chalk and its accompanying board are excellent instructional aids. Notably, however, most chalk today isn't technically chalk at all, but gypsum.

Chalk and gypsum have both been mined since ancient times. Chalk (calcium carbonate) has been found in cave paintings that date back to 40,000 BC, while gypsum (calcium sulfate) has been used as a mortar for construction since the dawn of civilisation, and is even found in the Egyptian pyramids.

Both are believed to be formed in similar fashion. Chalk is a limestone deposit created as plankton (tiny marine organisms) concentrate calcium in their bodies while living, then leach the calcium out after they die and settle onto ocean floors; over millennia, large deposits are formed, and as the seas recede, chalks deposits remain.

Gypsum's origins are similar, but in addition to being comprised of the calcium produced by the deaths of millions of plankton, gypsum also contains some of the salt that was left behind as the ocean evaporated.

Traditionally chalk has been used for drawing and writing, and by the end of the 18th century, with advances in slate quarrying (slate was originally used for writing tablets and blackboards), writing slates covered with chalk letters, symbols, numbers and figures were commonplace. Gypsum on the other hand, had been used primarily in construction, such as for the aforementioned mortar, as well as in the manufacture of windows.

Nonetheless, both are susceptible to a process that produces sticks of themselves that, when pressed against certain services, leave washable marks.

After quarrying, each is crushed, ground, washed and sifted. With gypsum, it must also be dehydrated in a process that involves high temperatures to reduce its water content from nearly 21% to about 5-6%; to make classroom chalk, the material is mixed, again, with water (and coloured pigments, if desired), and to produce more exotic pastels, such as used for art drawings, pigments as well as clays or oils are also added. For the former, the chalk is baked, while with the latter, it is air-dried.

It's not clear why gypsum has replaced chalk for writing on blackboards (which today are mostly green, but that's another story). While historically chalk has been remarkably dusty, modern manufacturing methods, including baking the chalk and coating it with products like shellac, have reduced the problem for both materials.

The most likely reason is that gypsum is abundant, easily mined and processed in enormous quantities. The mineral is mined in more than 90 countries, including Canada, Mexico, Spain and the United States. In the U.S., 19 states (notably California, Iowa, Nevada, Oklahoma and Texas) have surface-mining operations, and the U.S. alone produces more than 30 million tons of the stuff each year.

Sometimes called "the rock nobody knows," gypsum can easily be turned into a fine powder (by dehydrating it), while it also has the remarkable quality of being "the only natural substance that can be restored to its original rock-like state by the addition of water alone."

Since it can be reconstituted, it can be fashioned into any of a myriad of shapes and modified for various uses. Common applications include plaster of Paris, creating clay molds from which a variety of plastic products are formed (such as plastic cups and plates), the manufacture of glass, as an ingredient in cement and in drywall (this last has been a boon to humanity as gypsum is naturally fire resistant).

Non-toxic, gypsum also pops up in fertilisers and soil conditioners, hair products, to make plasters of teeth, to grow mushrooms, brew beer and bind tofu (which also has the added benefit of making bean curd an excellent calcium source).