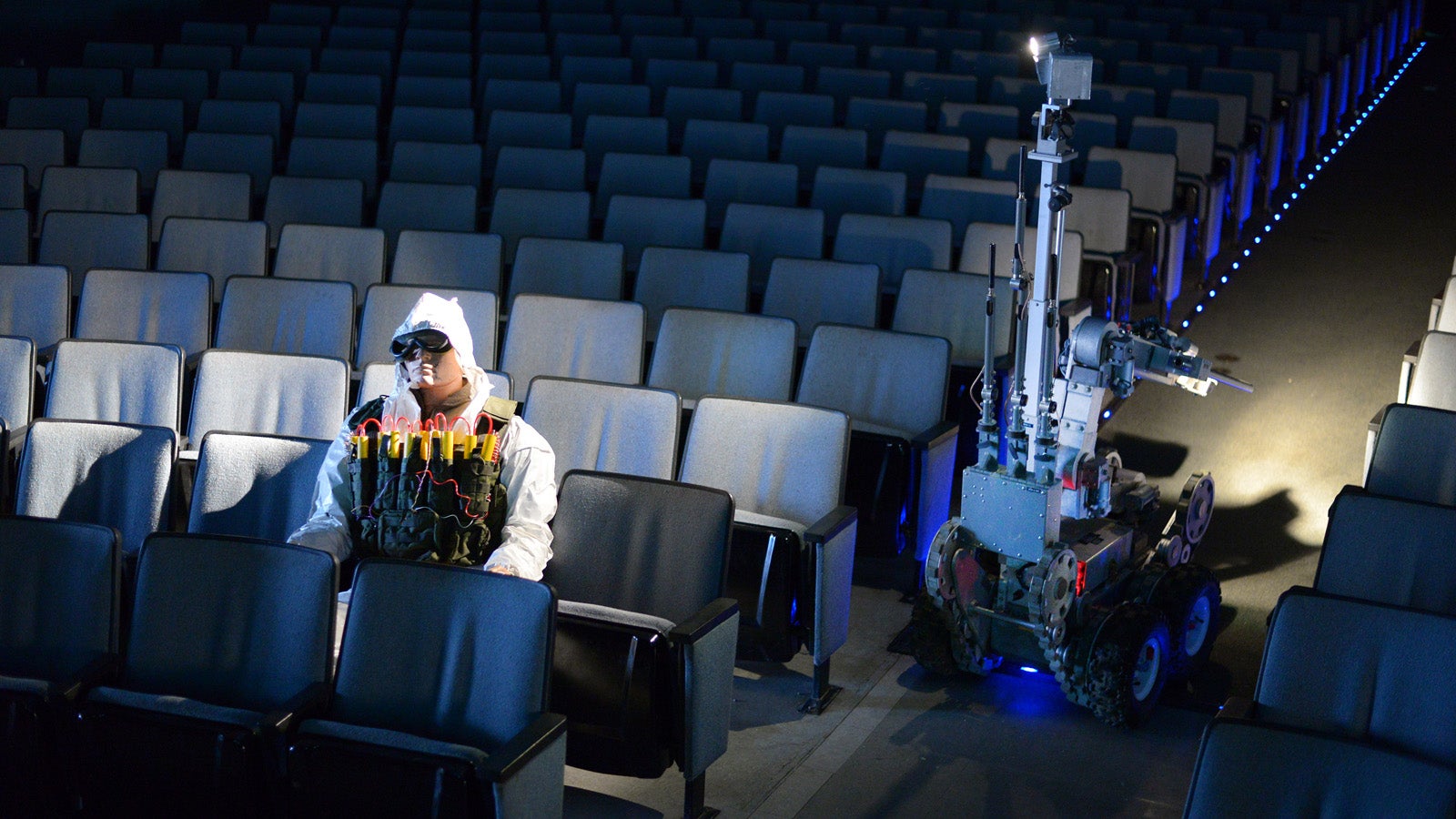 During a five-day "robot rodeo" this week, police and military bomb squads challenge each other's defusing routines by practicing complex and dangerous situations with their robots.

The Western National Robot Rodeo and Capability Exercise, which started this week in Albuquerque, New Mexico, is designed to simulate emergencies that bomb disposal teams face in real life.

"We design problems and scenarios that take our state and local bomb squad teams way outside their comfort zones, outside the known techniques and procedures to see how they can handle it," said Jake Deuel, a Robot Rodeo coordinator manager. The following photos show off exactly what it's like to be at a Robot Rodeo. 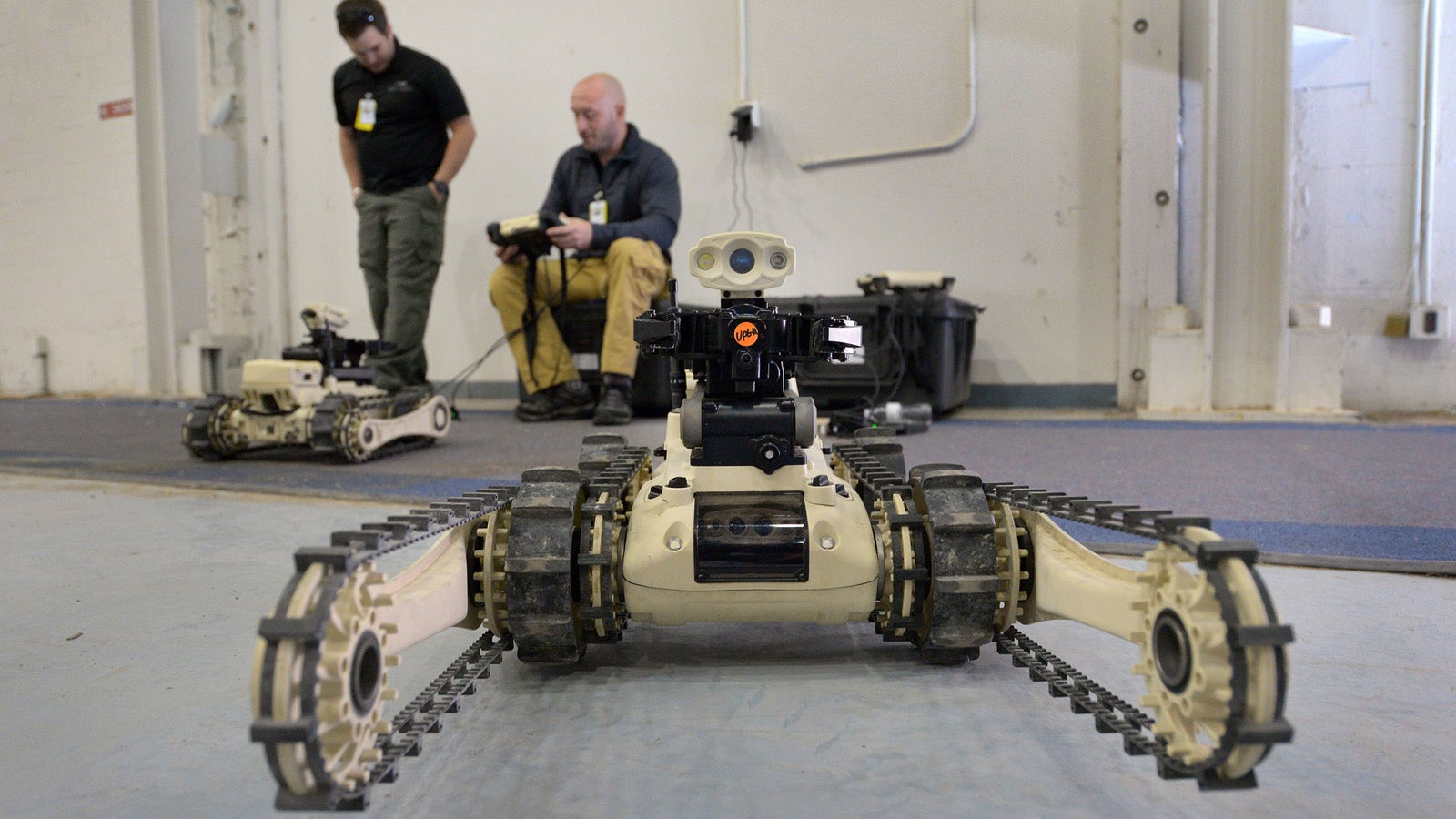 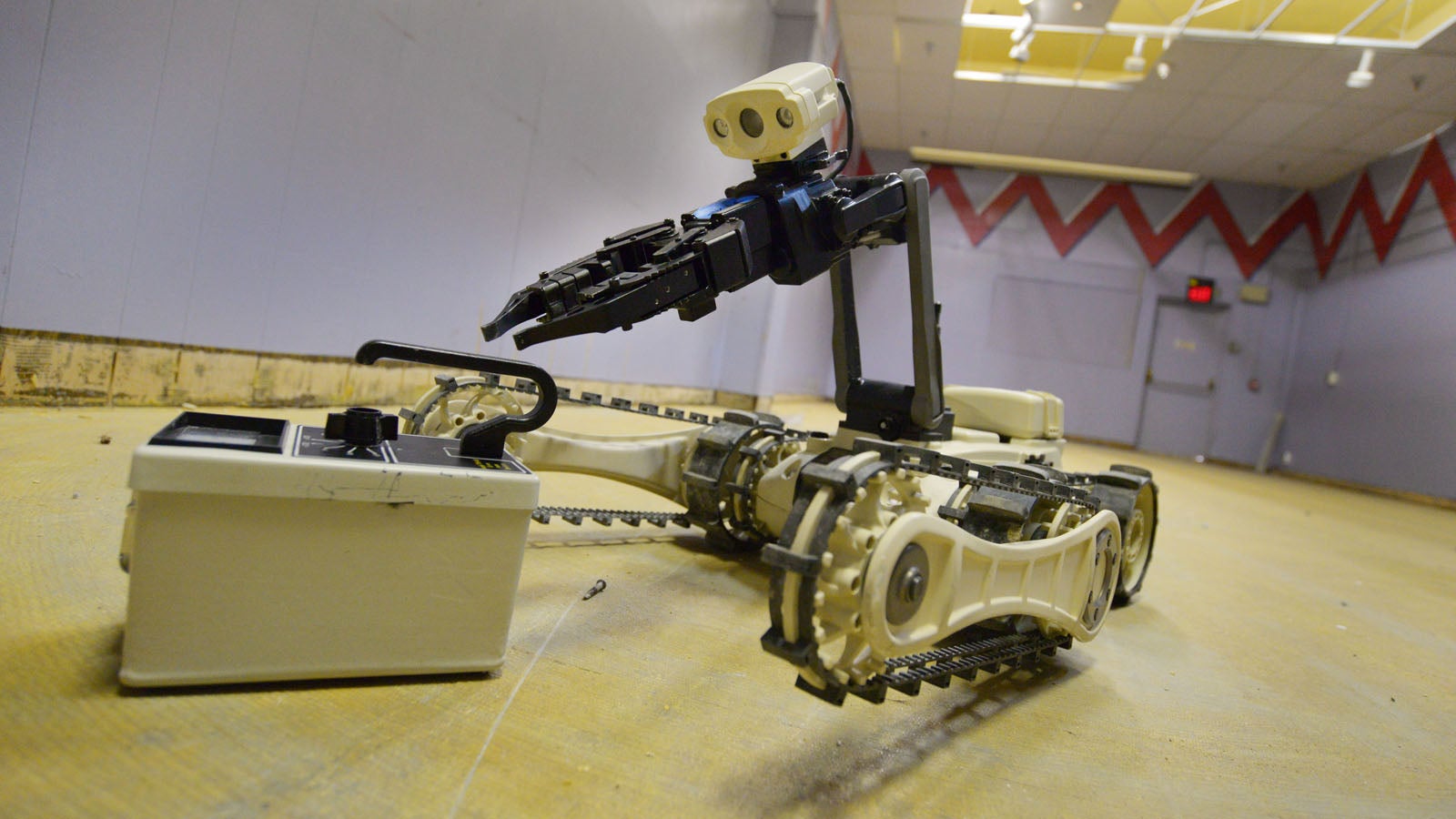 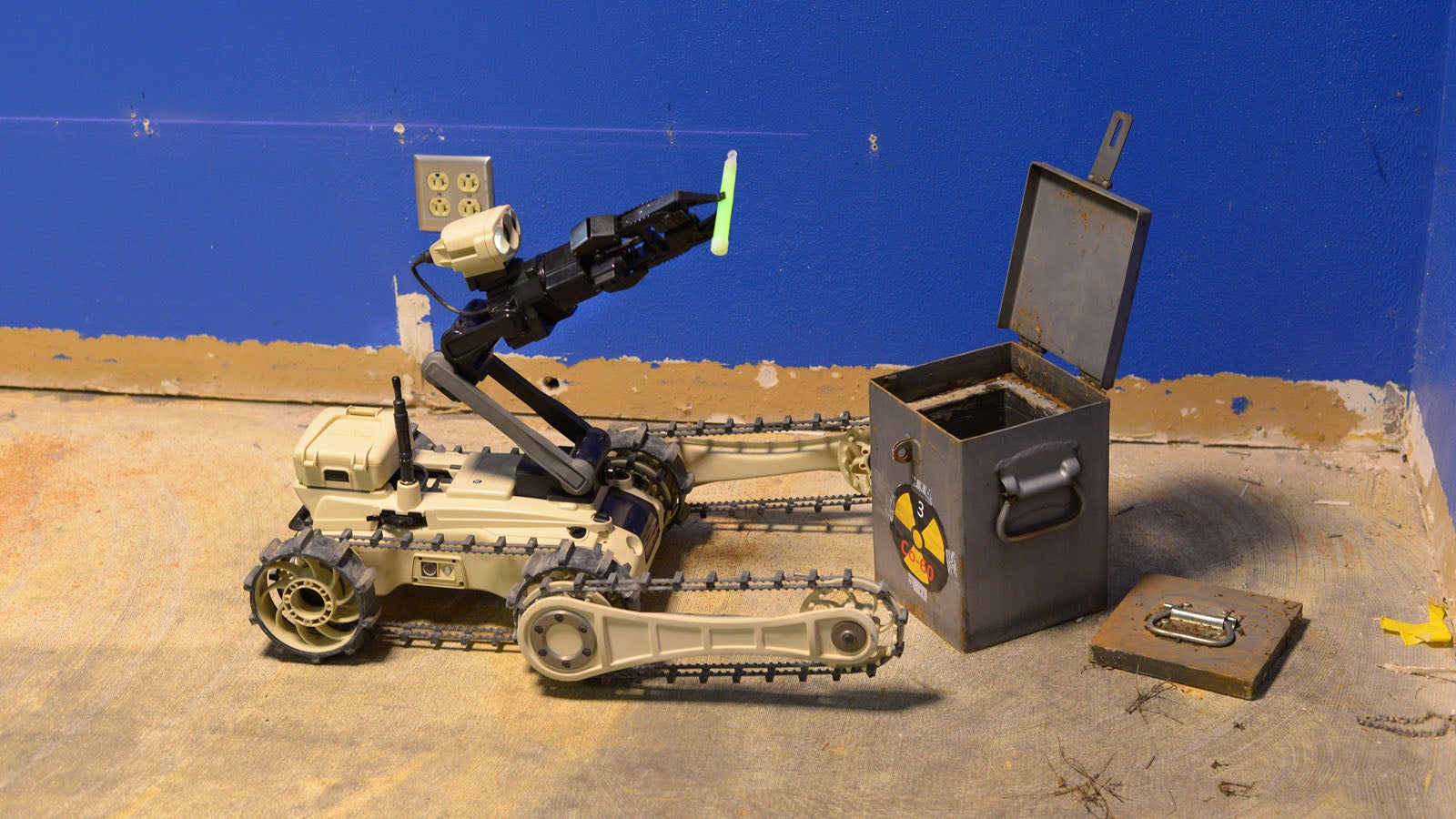 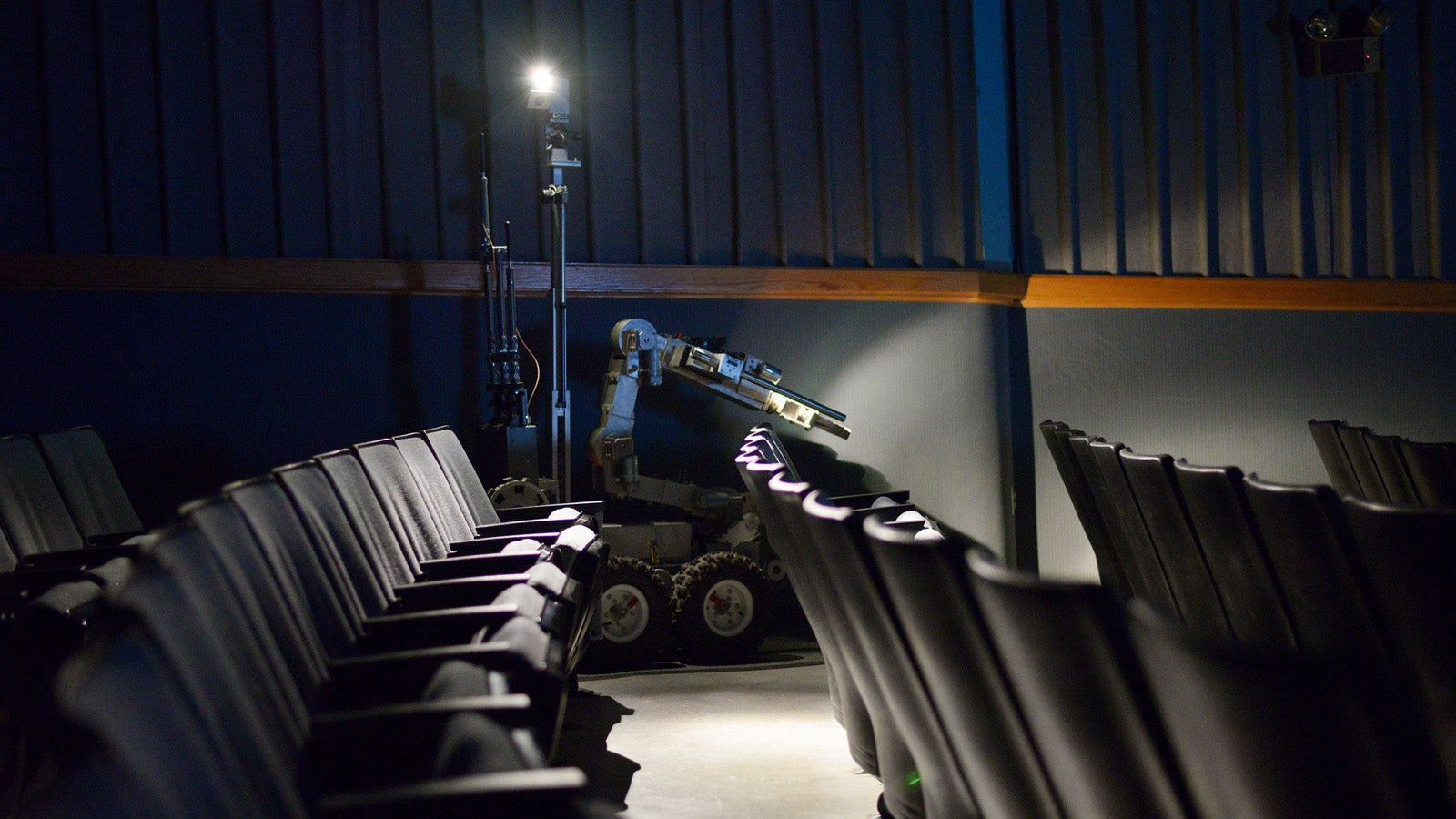 A robot infiltrates a movie theatre, to disarm a suicide bomber human (see the top image) 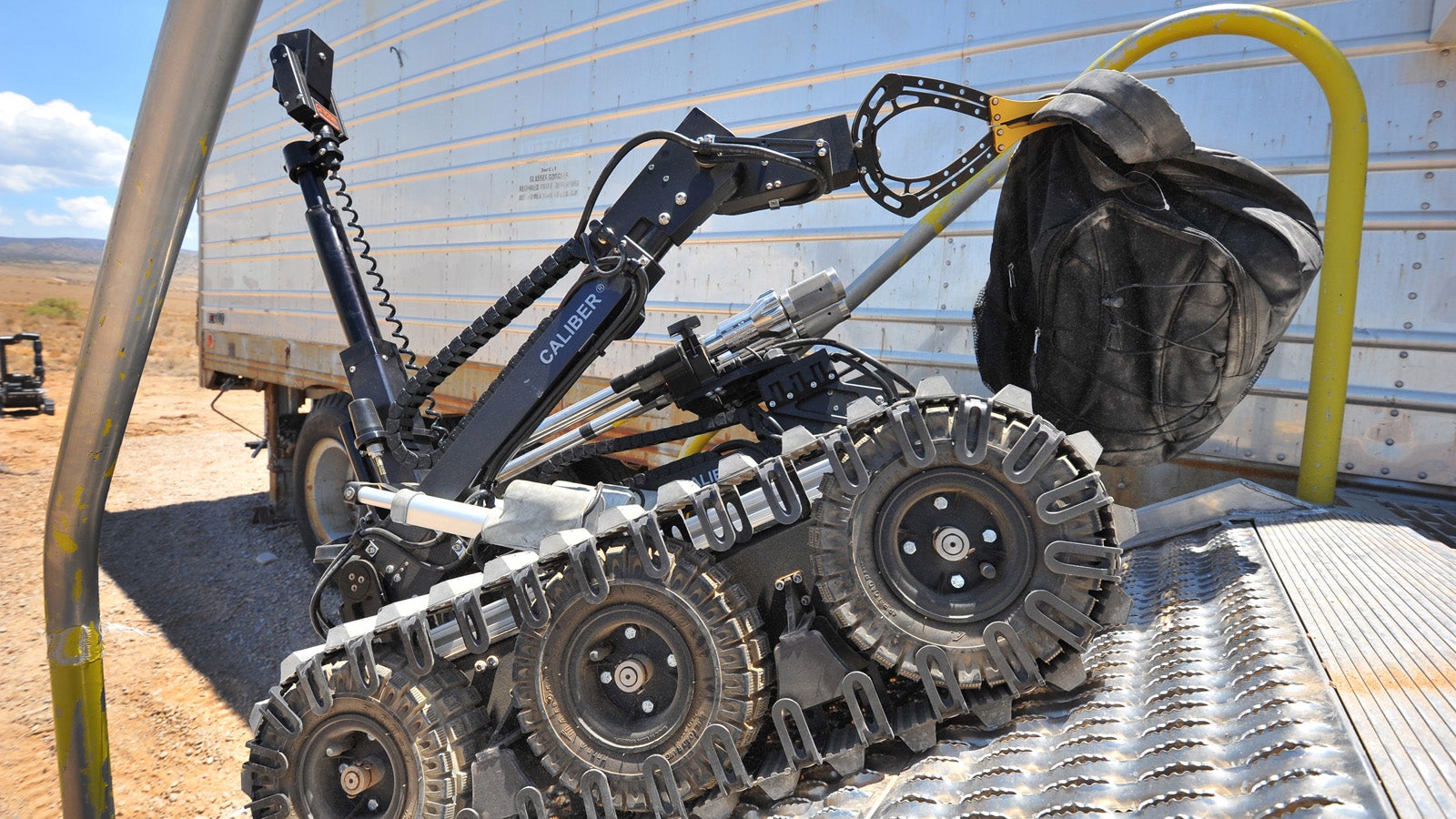 A bomb disposal robot removes a suspicious package in a training operation at Sandia National Laboratories. 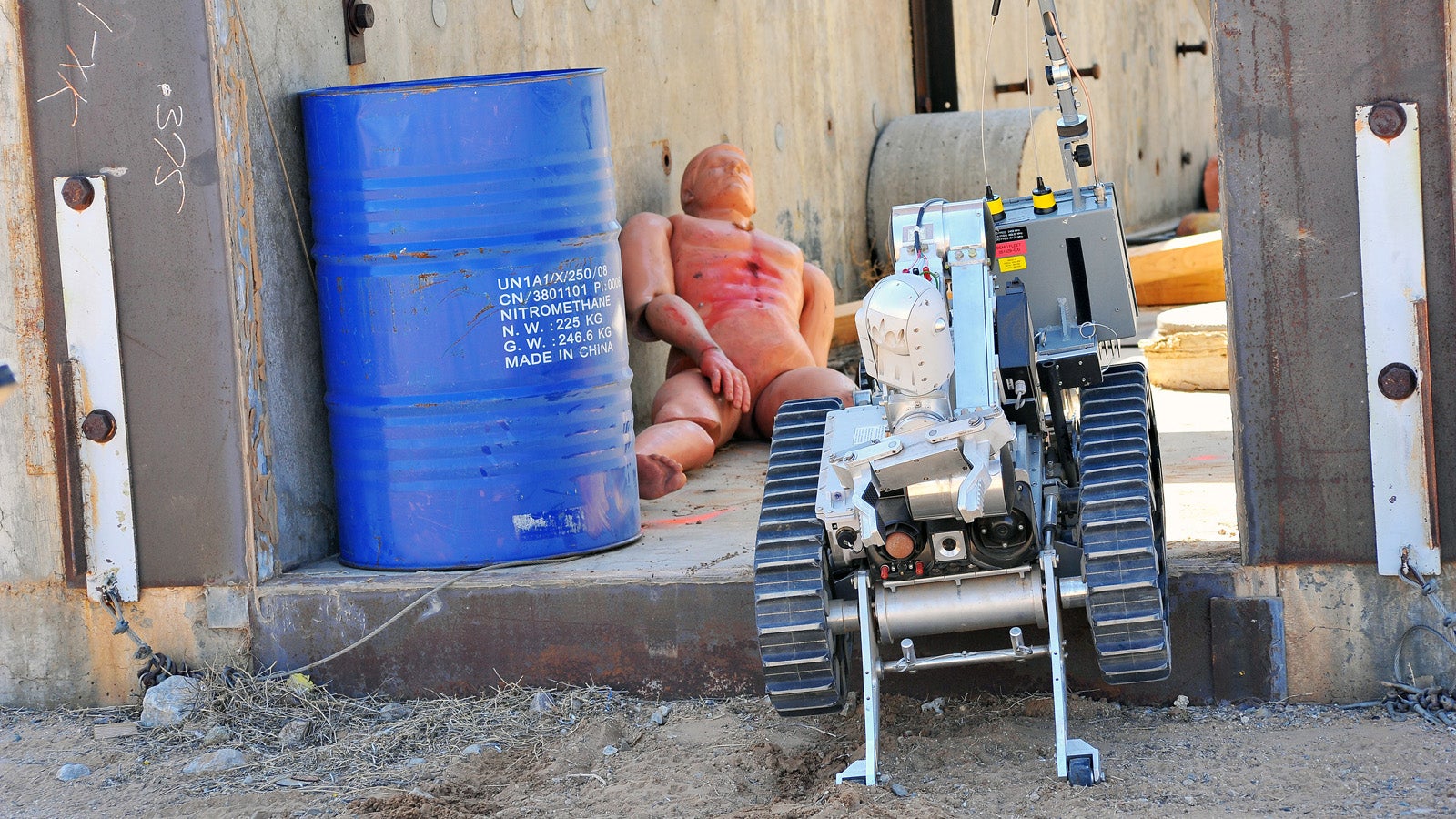 A robot performs a rescue operation on a dummy victim in a training exercise at a previous Robot Rodeo.