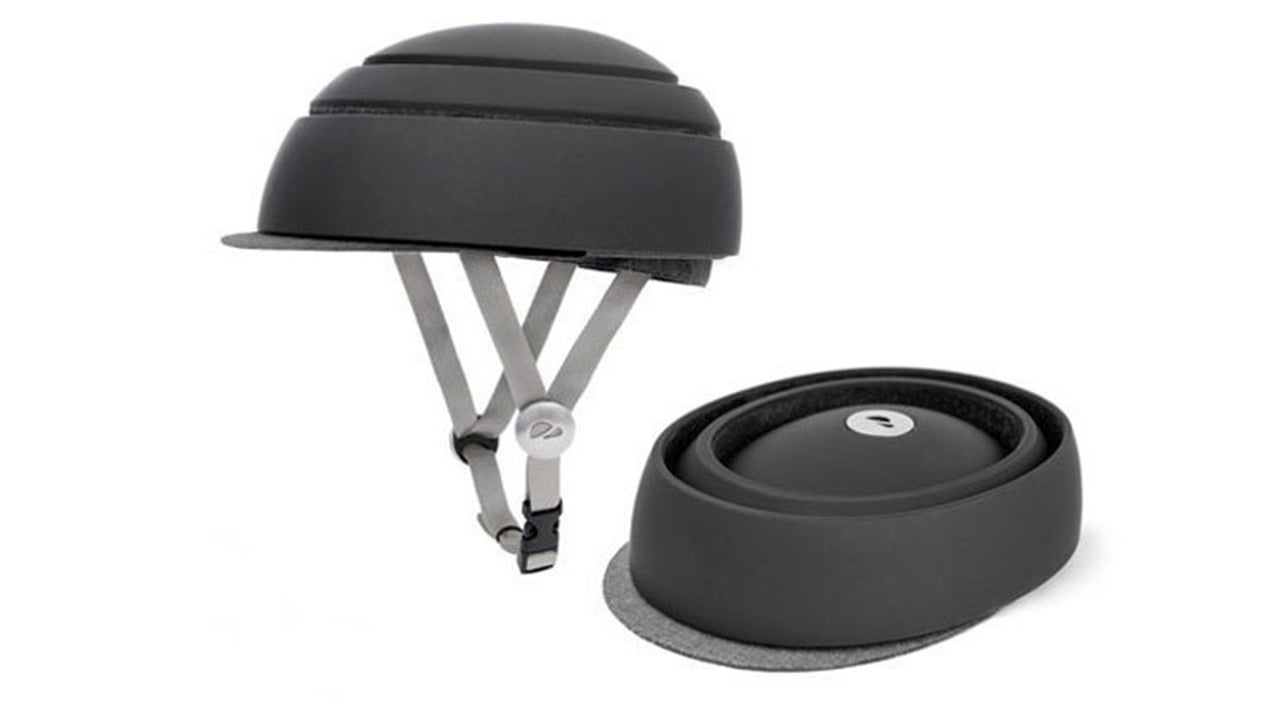 I’m normally a safety first, second and third kinda cyclist. But even with my lifelong fear of cars, I’ll sometimes leave the helmet at home if I don’t want to lug it around an office all day. Wouldn’t it be amazing if I could have the best of both worlds? You probably see where this is going.

A folding bike helmet is not a radically new idea. But making one that’s simple (and would actually protect your skull) is a challenge that has eluded engineers thus far. At first looks, though, the Fuga helmet seems to tick most of the boxes.

The helmet is made of three circular shell components, which fold down and nest inside each other to make a package that fits inside a bag. According to manufacturer Closca, the helmet has passed certification in Europe, Canada and the States, thanks to a combination of polystyrene and polycarbonate in the shell.

You can pre-order a small, medium or large now for about $US75, with shipping expected in coming weeks. [Closca via Cool Hunting]