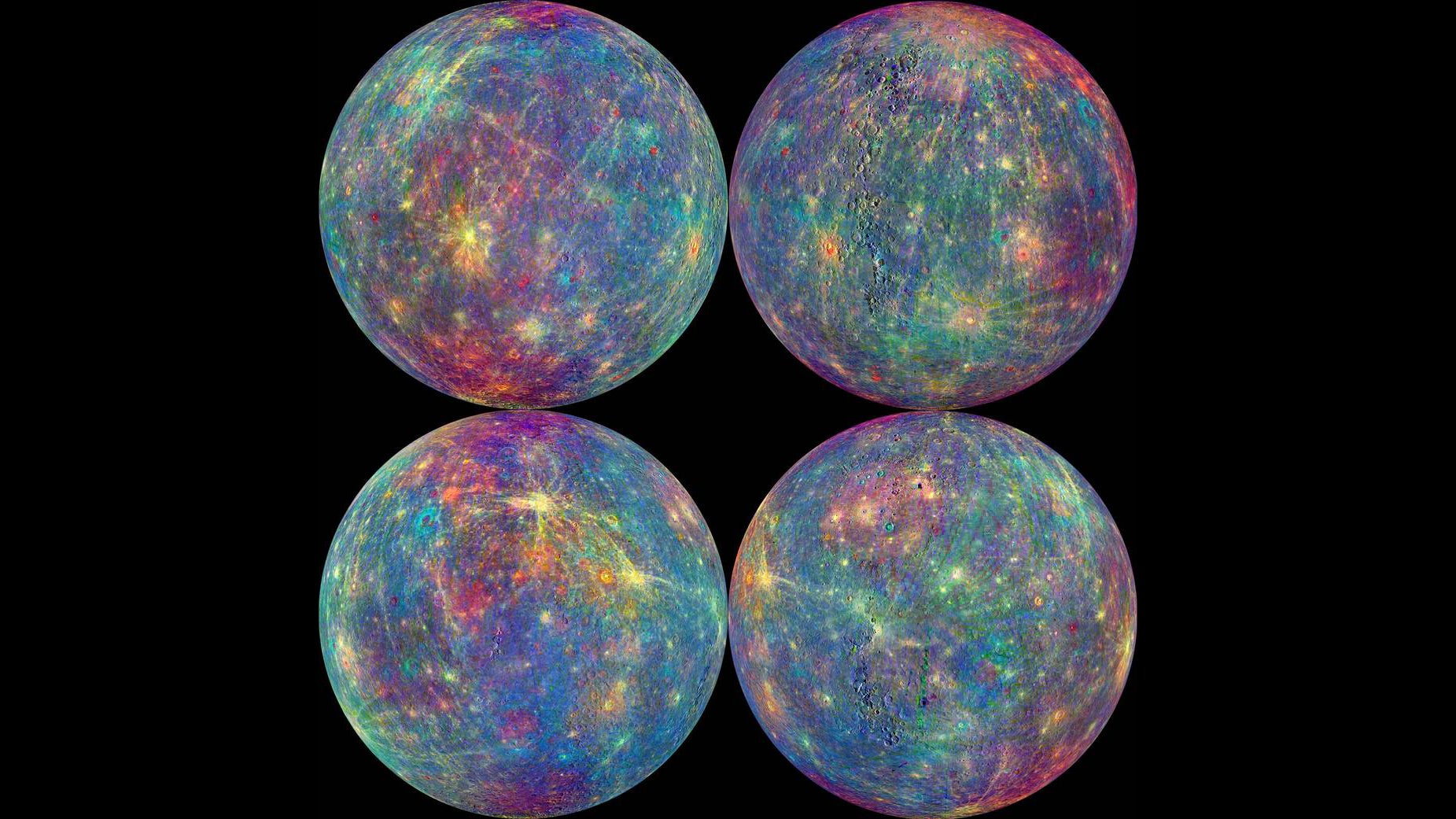 Why, Mercury, you’re so colourful! And, and, there’s four of you! Wait, I thought there were only eight planets in the solar system. Or was that dwarves?

The colourful composite images of Mercury aren’t actually the result of NASA’s experiments with mind-altering substances: it’s what happens if you overlay spectral data about Mercury’s surface, collected with the Mercury Atmosphere and Surface Composition Spectrometer (MASCS), with monochrome images captured by NASA’s MESSENGER spacecraft.

MASCS uses spectrometers operating in the infrared and visual spectrums to gain data on the minerals on Mercury’s surface. NASA’s scientists have visualised those invisible wavelengths as blue, green and red light, producing the multicoloured images you see above.

MESSENGER’s historic mission to Mercury is set to come to an end this month: after four years of orbit, it’s running out of fuel and can no longer combat the Sun’s push. This is a pretty good legacy to leave. [NASA]