What Kind Of Smart Device Would You Actually Want To Wear? 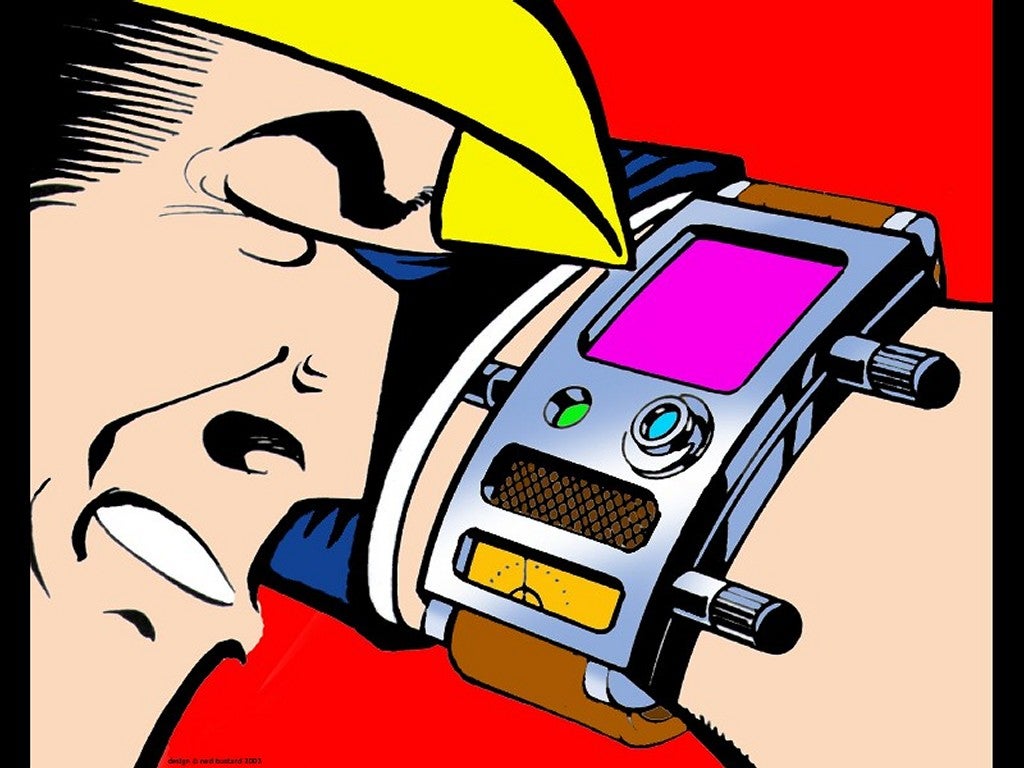 The first Apple Watch reviews are in, and the consensus appears to be a resounding “meh”. So let’s think outside the box and design an even sweeter smart device, right here, right now. What’s the wearable of your dreams?

I have to admit, all other considerations aside (price/first gen snafus/the hype machine), the Apple Watch tempts me because I actually love bulky, impractical watches. I’m the kind of person who thinks Casio calculator watches are the height of cool. I’ve dreamt of having Dick Tracy abilities strapped to my wrist for a long, long time.

But I’m probably not going to get an Apple Watch, at least for many years to come. My first iPhone was the 5s — so yeah, I’ll likely be waiting for the dependable, time-tested, kinks-smoothed-out Apple Watch half a decade from now, by which time the technology will likely be ubiquitous.

The other day I was in a room of internet-obsessed friends who turned their noses up at the smartwatch concept. They didn’t like the design, or watches, really, and didn’t think they’d be caught dead wearing one — all the while hardly pausing from swipes through the nonstop notifications on their phones. In terms of those people, who appreciate being fashionable, I’m pretty sure an elegant smart wristcuff or badass Wonder Woman-style gauntlet with inset screens would have them singing another tune entirely.

I don’t give a damn about being fashionable, but I do love funky jewellery. My dream wearable device would be a pendant. The screen would be eye-catching and could be programmed to reflect your clothes, or you could wear it under your shirt for maximum haptic feedback. OK, I really want this right now. iPendant. You heard it here first, folks.

How would you want to wear the tiny computers of the future? Are you super-psyched for an evolving obsession with watches? Should you be able to casually send email from your belt-buckle? Will we see smartshoes? Did Google Glass kill our visor dreams forever? Let me know what you’d want to wear right now — or else what you think the next Big Smart Thing will be.