Wearables Are All About Giving You A ‘Rich-Person Experience’ 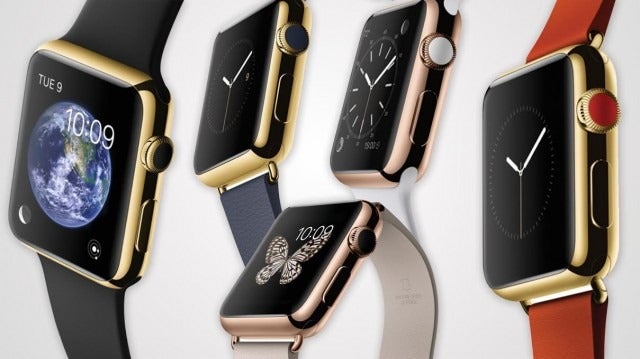 Over the weekend, economist Paul Krugman wrote an interesting column for the New York Times that explains why Apple is emphasising wealth and luxury in its Apple Watch campaigns. Krugman believes that’s because all wearables are aimed at giving you an experience that only super rich people can have.

Krugman starts by talking about how wearables like fitness trackers promote “self-surveillance,” where you just obsessively look at your daily steps or heart rate. But of course they also provide information to other services, just like your phone does. So every movement of your body is now under surveillance, as are all your browsing habits. And that’s where the rich person experience comes in. He writes:

Consider the Varian rule, which says that you can forecast the future by looking at what the rich have today — that is, that what affluent people will want in the future is, in general, something like what only the truly rich can afford right now. Well, one thing that’s very clear if you spend any time around the rich — and one of the very few things that I, who by and large never worry about money, sometimes envy — is that rich people don’t wait in line. They have minions who ensure that there’s a car waiting at the curb, that the maitre-d escorts them straight to their table, that there’s a staff member to hand them their keys and their bags are already in the room.

And it’s fairly obvious how smart wristbands could replicate some of that for the merely affluent. Your reservation app provides the restaurant with the data it needs to recognise your wristband, and maybe causes your table to flash up on your watch, so you don’t mill around at the entrance, you just walk in and sit down (which already happens in Disney World.) You walk straight into the concert or movie you’ve bought tickets for, no need even to have your phone scanned. And I’m sure there’s much more — all kinds of context-specific services that you won’t even have to ask for, because systems that track you know what you’re up to and what you’re about to need.

Krugman adds that this analysis doesn’t actually contradict his earlier assertion that wearables are broadcasting tons of your personal data:

Lack of privacy is actually part of the experience of being rich — the chauffeur, the maids, and the doorman know all, but are paid not to tell, and the same will be be true of their upper-middle-class digital versions. The rich already live in a kind of privatised surveillance state; now the opportunity to live in a gilded fishbowl is being (somewhat) democratized.

It’s an interesting point. We’re not giving up our data just for “convenience”, as many have argued. We’re also giving it up in order to feel rich.