This TRON Motorbike Is Totally Functional, And You Can Totally Buy It 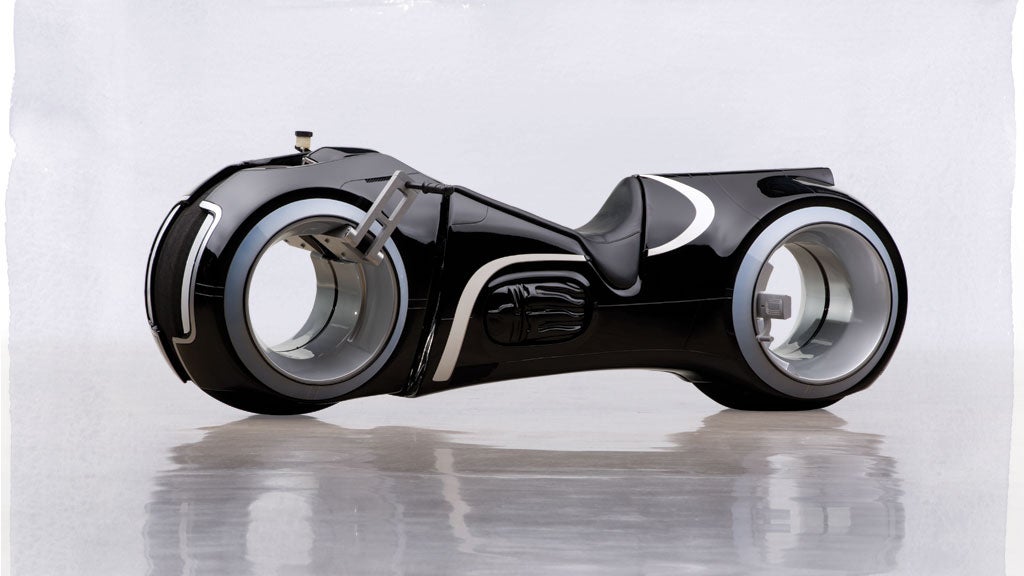 TRON: Legacy was maybe not the best film ever, but ever since it’s 2010 release, it’s spawned an entire genre of TRON-esque design — i.e. dark, glossy objects with light-up highlights. And nothing is more synonymous with TRONIism than the electric motorcycle from the film — which you can now have a chance to own.

The replica was built for the Andrews Collection, one of America’s biggest and best car collections, most of which is currently being sold at auction. That includes the TRON bike, an exact, working replica of the one seen in the film. It has a 96V direct-drive electric motor, actual suspension and hydraulic brakes.

The bike was only ever ridden around the storage at the Andrews collection, so it’s in as-new condition. List price from Sotheby’s, which is conducting the auction, is $US25,000 – $US40,000; but there’s no reserve, so you might be able to snag yourself a bargain. Maybe rich people don’t like replica film props. [Sotheby’s]