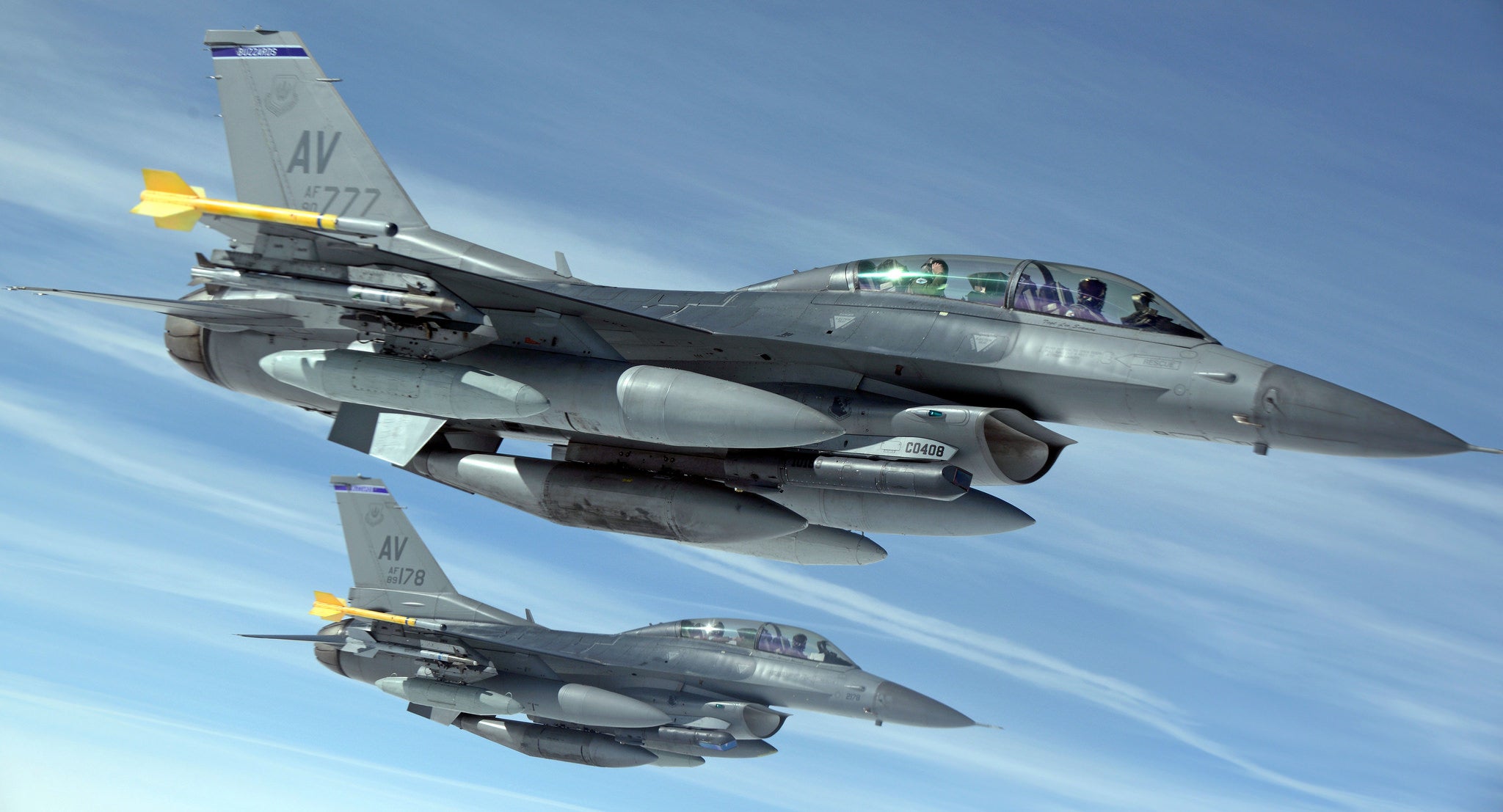 What a perfect picture. The timing is perfect, the angle is perfect, the sky is perfect, the F-16 Fighting Falcons are perfect. I mean, the photo is so perfect that it almost doesn’t feel real. Like they have been CGI’d to look like that. Or that they’re toy models strung in the air. But, nope, they’re real. And they’re spectacular.

The picture was taken by US Air Force photo by Senior Airman Christine Griffiths. The US Air Force explains the photo:

Two F-16 Fighting Falcons from the 31st Fighter Wing at Aviano Air Base, Italy, fly over Europe on March 20, 2015. The aircraft were participating in a training sortie with the Estonian air force. They also participated in additional, unrelated training with the Finnish and Swedish air forces.