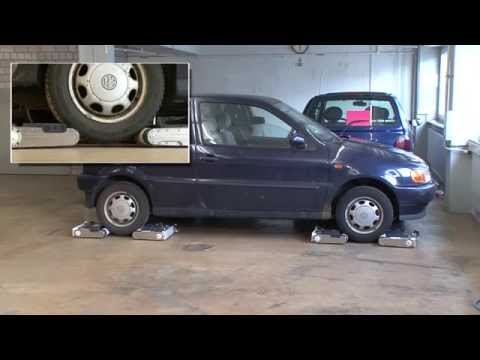 Ever since cars first hit the road drivers have been terrible at parking, so it makes sense that we’re finally leveraging all the advancements we’ve made in robotics to do that for us. But instead of an automaton hopping into the driver’s seat, these flat but strong robots are able to lift a vehicle by its wheels and manoeuvre it around obstacles.

Developed by European researchers, the AVERT — or Autonomous Vehicle Emergency Recovery Tool — system is actually designed for use by law enforcement. A main robot that’s able to autonomously map a parking lot or the inside of a crowded garage deploys and controls a pair of smaller robots that are able to roll under a suspicious vehicle in order to access all four wheels.

When it’s in place, the vehicle is lifted barely an inch off the ground, but that’s high enough for the pair of robots to then manoeuvre it.

The AVERT system provides a way to safely move a vehicle that might be carrying explosives or other hazardous materials without human intervention — even if it’s parked deep in a garage or a tight spot making it hard for more traditional bomb-disposal robots to access it. But once perfected, there’s no reason the system couldn’t be adapted as an autonomous parking solution for an existing structure. Or as a way for a gang of robots to turn to a life of crime and commit grand theft auto. 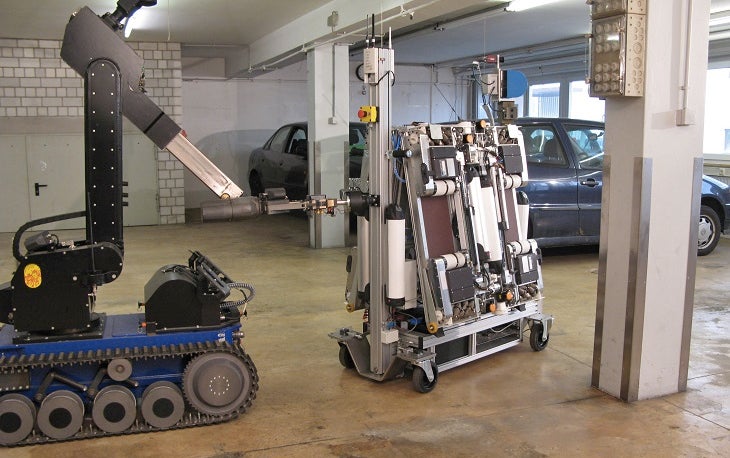