This Bluetooth Adaptor Streams Music Through Your Record Player 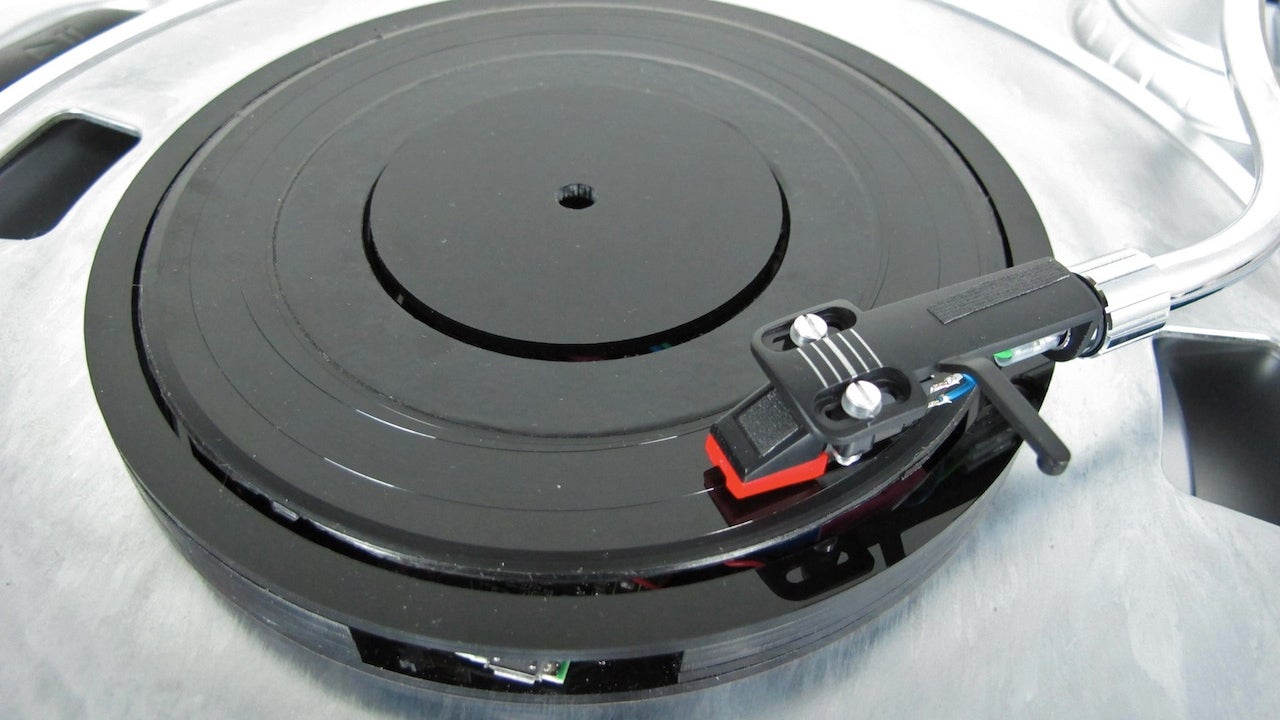 If pressured, Jesse England might have a tough time justifying the existence of his unique creation — known as the Universal Record. What looks like an extra-thick piece of vinyl is actually a Bluetooth adaptor for record players. But instead of transmitting sound from a turntable through a wireless speaker, it allows sound to be transmitted and played through the turntable’s needle.

Inside the Universal Record, besides the wireless Bluetooth electronics, you’ll find an acoustic transducer that vibrates the vinyl disc on top when music is streamed through it. And when the cartridge from a record player is placed on this vibrating disc, those streamed sounds are then transferred to the needle and through the antiquated hardware.

The fact that this hack even works is impressive enough that you don’t really need to ask why Jesse built the Universal Record. But if you have to find a reason to justify the time he spent creating it, the device could certainly serve as a reason for having a record player hooked up to your sound system at home — especially if your actual vinyl collection is lacking. [Jesse England via The Awesomer] 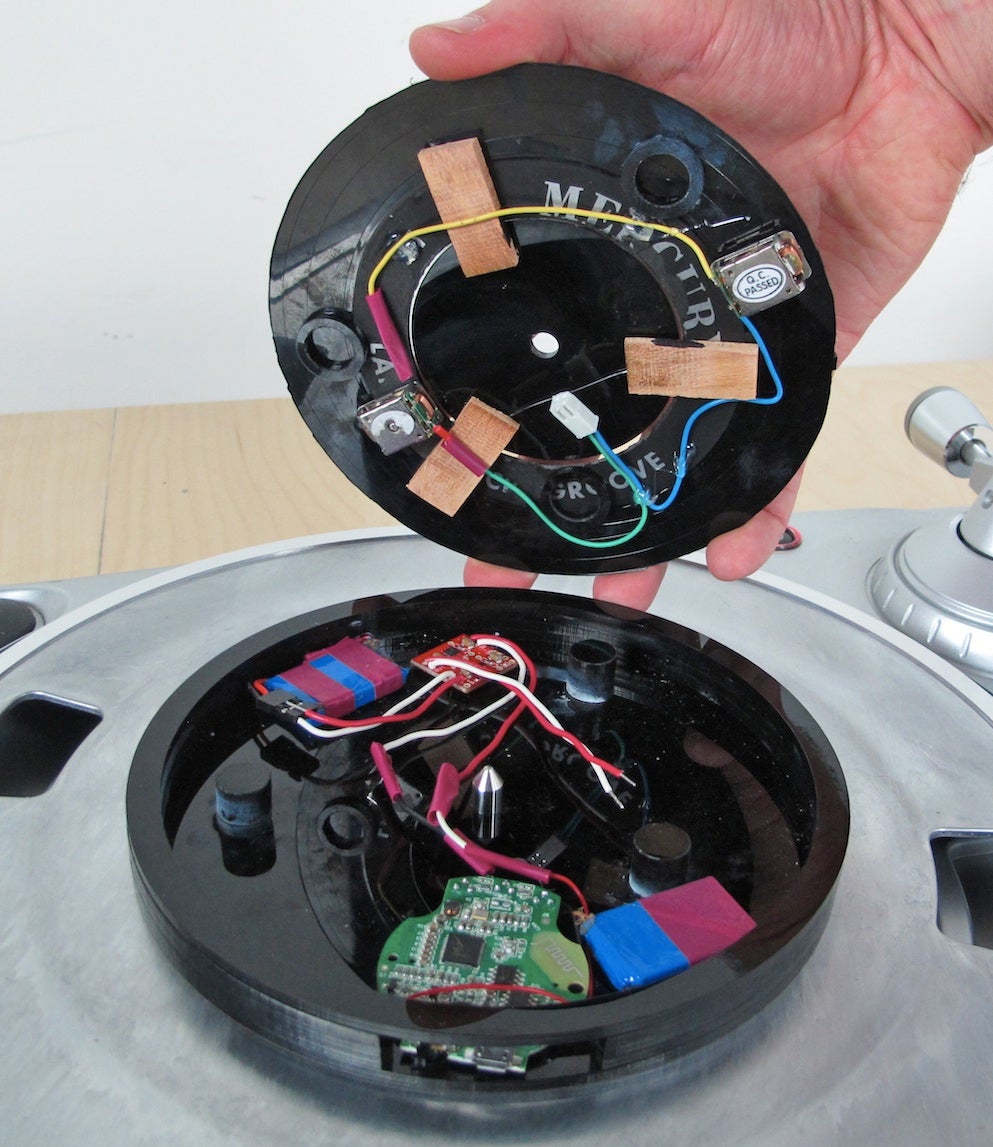