The Future Of Watching Netflix, Or Why Smartwatches And VR Are Dumb 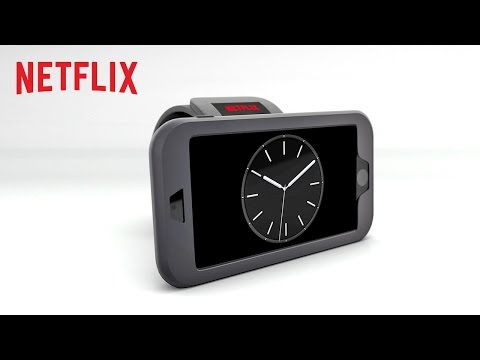 We’ve spoken to Neil Hunt before. You may remember him as one of the guys in charge of building Netflix Australia, and the guy who came up with the massive project of testing every TV on the market to make sure they’re up to scratch.

Hunt has been with Netflix since 1999, so he’s seen more than his fair share of “trends” come and go. Everything from the HD format wars right through to the failed 3D “revolution” have been in Hunt’s firing line during his time optimising Netflix’s product.

When we asked him about smartwatches — the so-called next big thing — his eyes rolled so fast they almost created their own small gravity field.

“What we’ve learned along the way is that TV and entertainment is something that’s usually consumed in ‘lean-back’ mode, not lean-forward mode. That’s the idea of not leaning in and studying but rather leaning back and letting the content come at you.

“We get many more hours per users on a big screen than on a small screen, and even then a tiny screen. That makes me quite unenthusiastic about watches and things like that,” Hunt told us.

So in a world of smartwatches, virtual reality prototypes and a goddamn Holodeck, what does it take to impress Netflix’s product tsar? In short, he explains, it’s something that enhances the streaming experience without changing how people naturally use technology.

“We’ve learned about things that require a shift in user behaviour. 3D television was the best example: you had to put on glasses, you had to find them, you had to have a prescription sometimes, et cetera. That impediment — although small — is enough that people don’t use 3D very much and I think it’s pretty much on the way out,” he adds while making a thumb gesture kicking obnoxious 3D out of his sphere.

“I was unenthusiastic about 3D — although we did do some 3D [content] — but what I am aggressive about is 4K and HDR, because that’s the same format [with better quality]. You’re still sitting on the same format and using the same device and letting content wash over you, so things in that direction I’m enthusiastic about. Things that lead you in a new direction of things that need goggles to be viewed for example, that’s a big question.”

Hunt isn’t even that impressed by virtual reality technology than many have argued would improve the field of view for consuming movies.

“Hololens from Microsoft is kind of a cool demo, but really? You’re going to put these goggles on and view Netflix projected on them? Why not take the goggles off and see it on a real screen. It’d probably be easier.

“[VR] clearly has its place in fancy stuff like telesurgery and in mundane stuff like cool gaming all around you, but it’s unclear that there’s much value to goggles and VR for watching a show,” he adds.

No, what Hunt really wants is something impossibly expensive. Something crazy. Something he has to get out a whiteboard marker to explain to me.

“I’m personally excited about one thing that’s on the fence though,” he says as he starts sketching this little demo.

“Your eyeballs have a 120-degree to 180-degree field of view. You’re only using about 40-degrees of that for watching TV at a standard viewing distance. Conveniently, three curved televisions in a room would fill your field of view. It’s a serious set-up, but not impossible!

“Here’s the key thing: you have different kinds of receptors in your eye and you only pay attention to detail in the middle portion and so imagine one 4K TV that has the action on it through the centre channel…and then a couple of 2K or 1080p TVs on the side with ambient stuff going on. A director can shoot that with three cameras and the action still happens in the middle. I see the steps there as let’s do 4K, let’s do HDR and then let’s move onto ultra-wide field of view and get an IMAX at home. That’s my magic science project!”

I hope your TV budget is massive for the next-generation of wrap-around Netflix.

Luke Hopewell travelled to Los Gatos as a guest of Netflix.