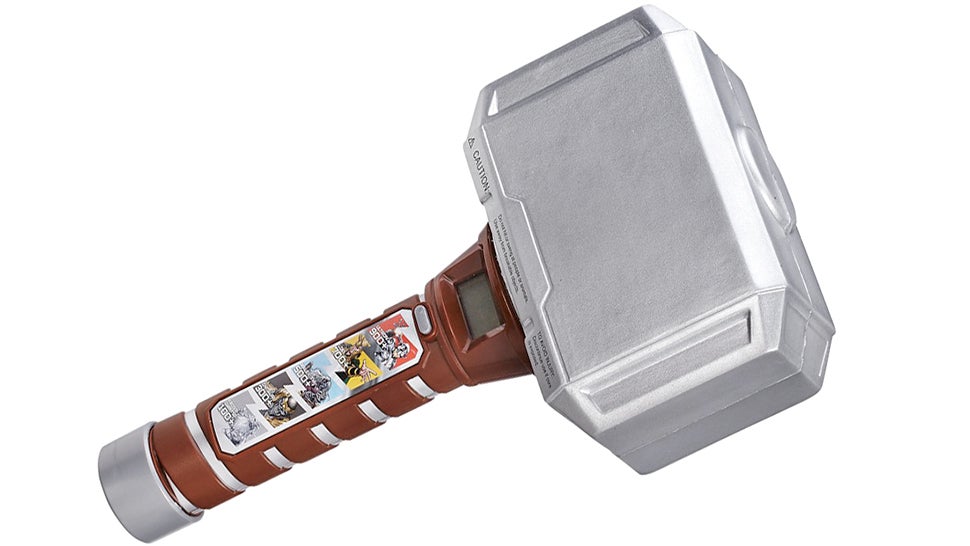 If the comic books and movies are any indication, the fact that anyone besides Thor can lift his mighty Mjölnir hammer is reason enough to feel pretty great about yourself. But if that just isn’t enough of an ego boost, Hasbro’s Power Hammer game will let you test your strength against some of the worst villains in the Marvel universe.

The game is played not unlike the ‘test your strength’ games you’ll find at a carnival. You smash the $US25 hammer — which features a soft, safe foam head — onto a hard surface, and sensors inside measure the amount of force you used. Instead of aspiring to ring a bell, though, a small LCD display gives your swing a score comparing you to the likes of Ultron, Loki, Malekith and others baddies. Giving you bragging rights, or a reminder that you’re a long way away from joining the Avengers. [Hasbro via Marvel Shop] 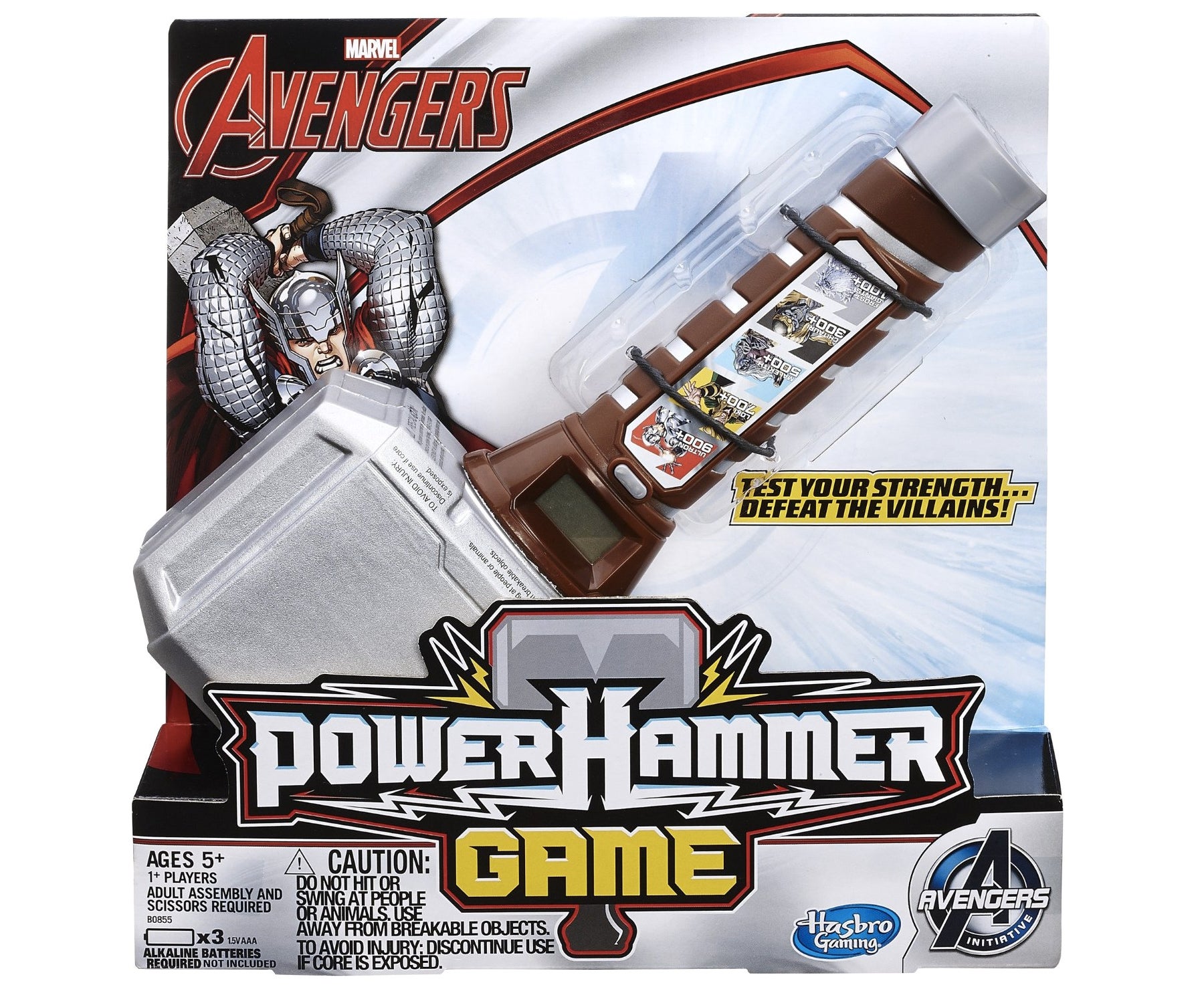