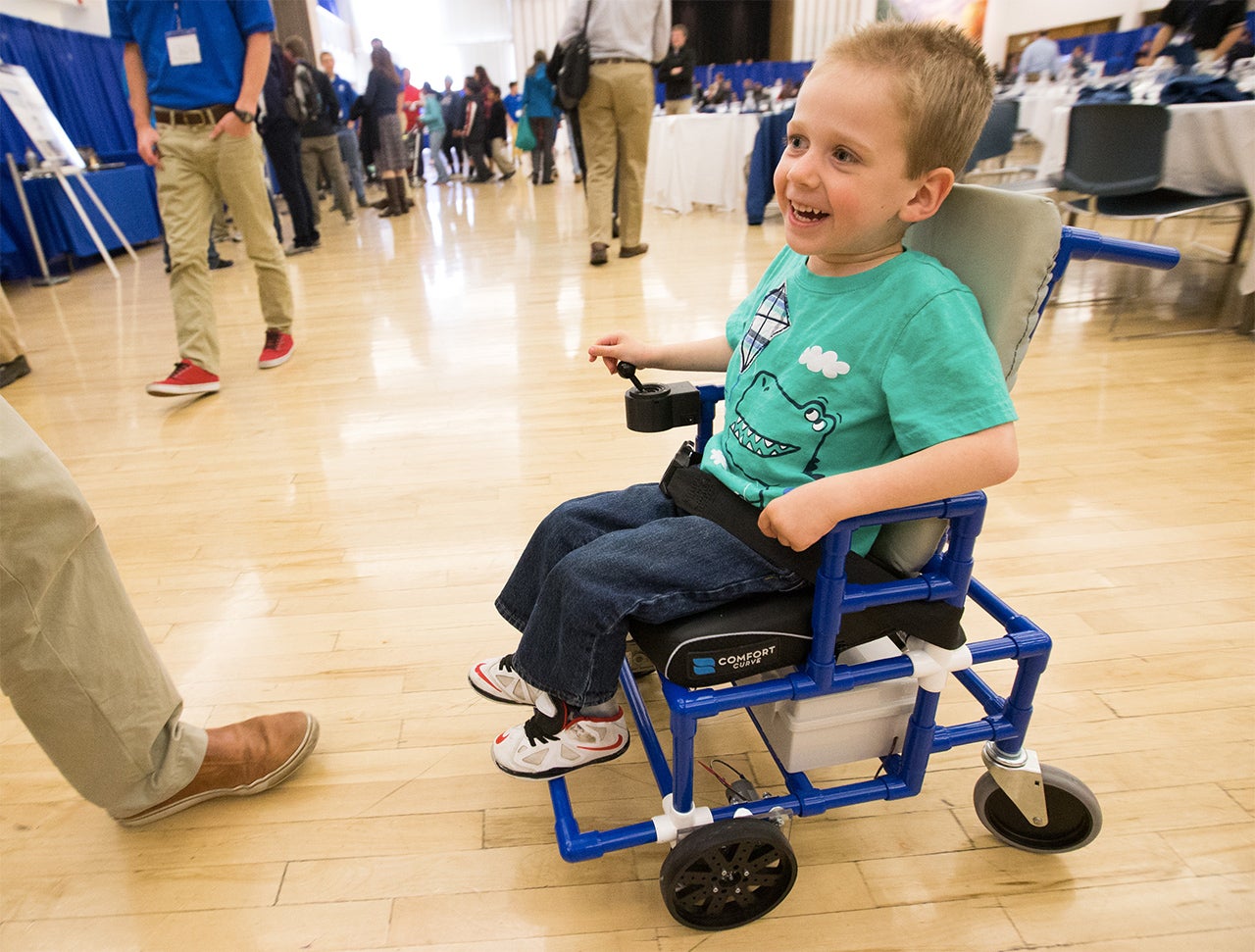 Three-year-old Tanner Jensen and his 20-month-old brother Skyler were both born with a rare genetic condition known as Spinal Muscular Atrophy, which means they can’t walk, crawl, control their heads, or even lift their arms. But life for the young brothers will soon be improving thanks to students at Brigham Young University who built the pair a set of tiny affordable electric wheelchairs.

Motorised wheelchairs for younger children already exist, but they can end up costing upwards of $US15,000 which many families can’t afford even with health care — and the Jensens need two of them. And they’re often so large they require expensive modifications made to a home in order to be used. 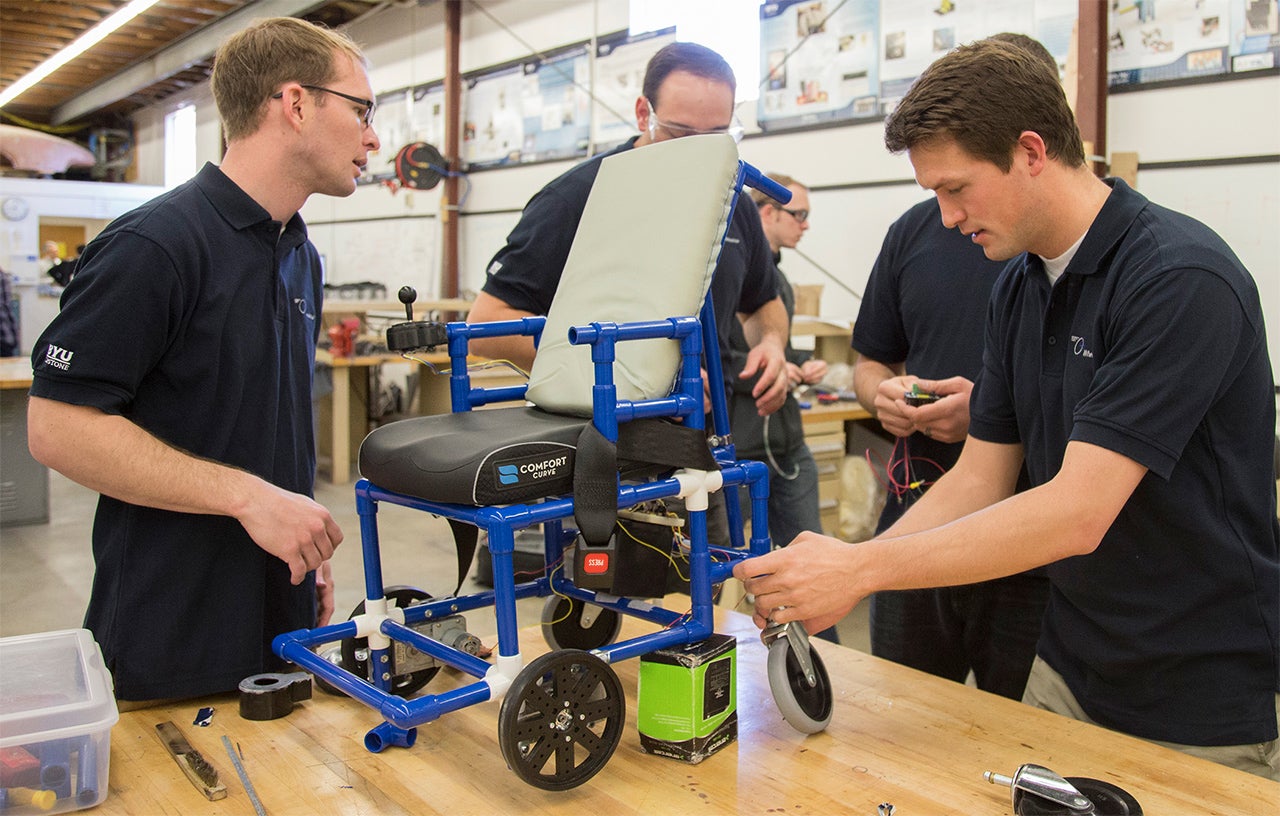 So five undergraduate mechanical engineering students from BYU’s Engineering Capstone program challenged themselves to build the world’s smallest electric wheelchair for the Jensen brothers. And after a year of designing and testing, they perfected a chair made with a PVC pipe frame that weighs just over 9kg, but can actually support a child up to 23kg.

And the price tag, including batteries, wheels, motors, the electronics needed for a joystick controller, and a padded seat, came to just $US495. That is probably the most significant accomplishment the students were able to achieve. And because they’re posting the plans for their wheelchair design to a website called The Open Wheelchair Project, any family with a child in need should be able to afford and build one of their own. [Brigham Young University] 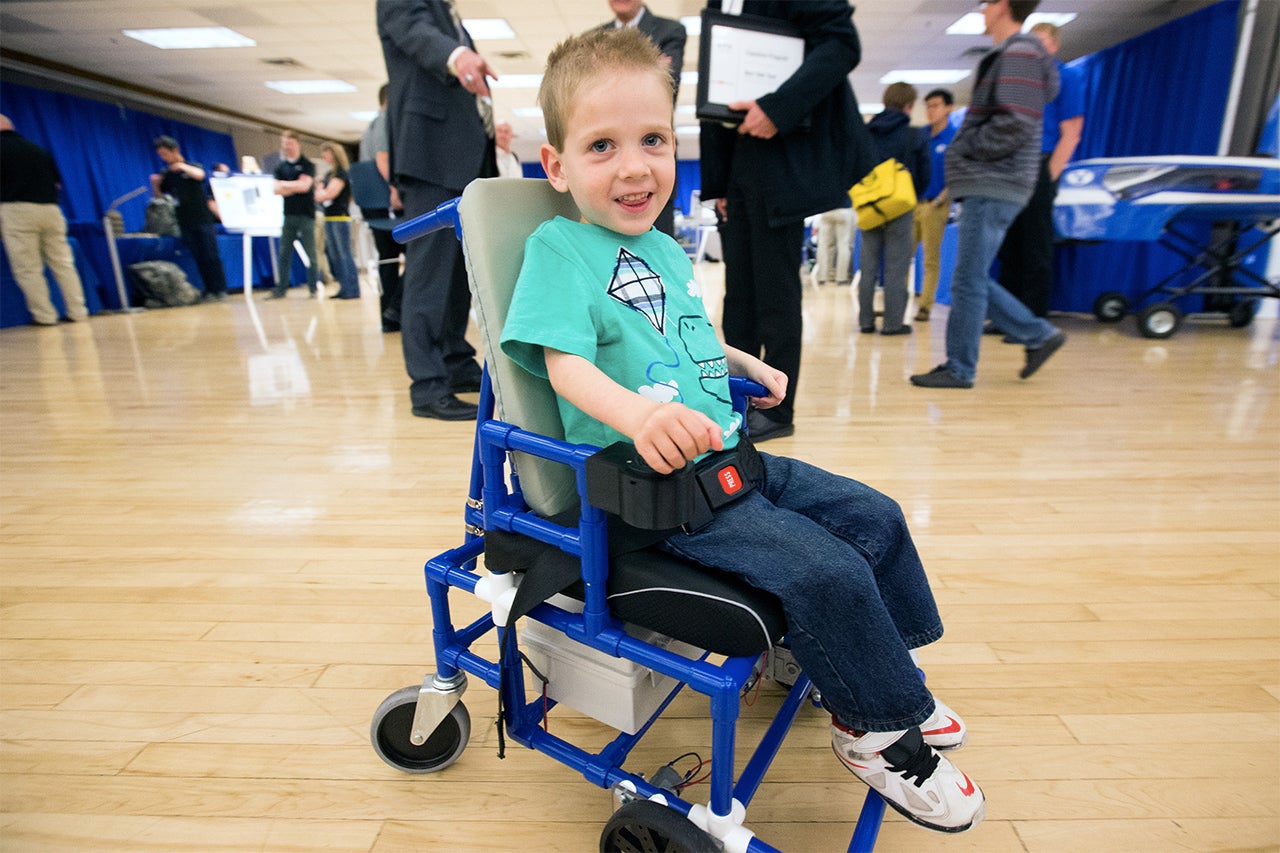