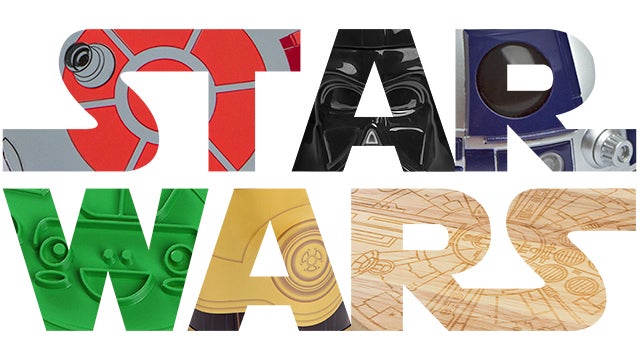 Today in Anaheim, California, Star Wars Celebration 2015 kicks off in one of the best years to ever be a Star Wars fan. Not only does Star Wars: The Force Awakens hit theatres in December bringing with it new characters and the original cast, but ThinkGeek has just revealed a huge collection of Star Wars-themed merchandise that’s sure to leave you with a credit card bill twelve parsecs long.


So here’s a sneak peek at some of the most original Star Wars merchandise you’re going to find anywhere this year next to the toys and mountains of products that will soon be hitting store shelves. 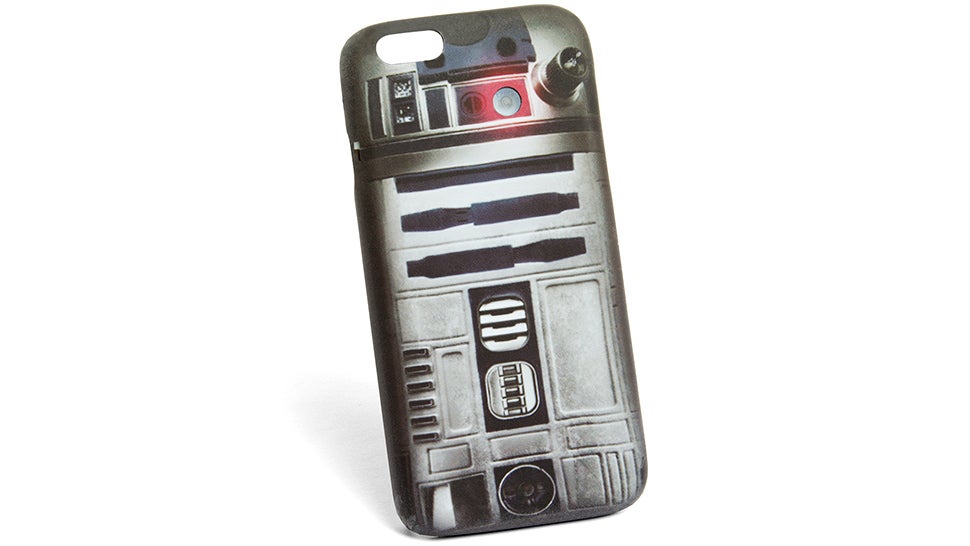 You’ve probably already got a case protecting your precious smartphone, but does that case make your mobile device look like R2-D2 complete with a glowing red sensor? Obviously not, so it’s definitely time for an upgrade. Availability: TBA, Pricing: TBA 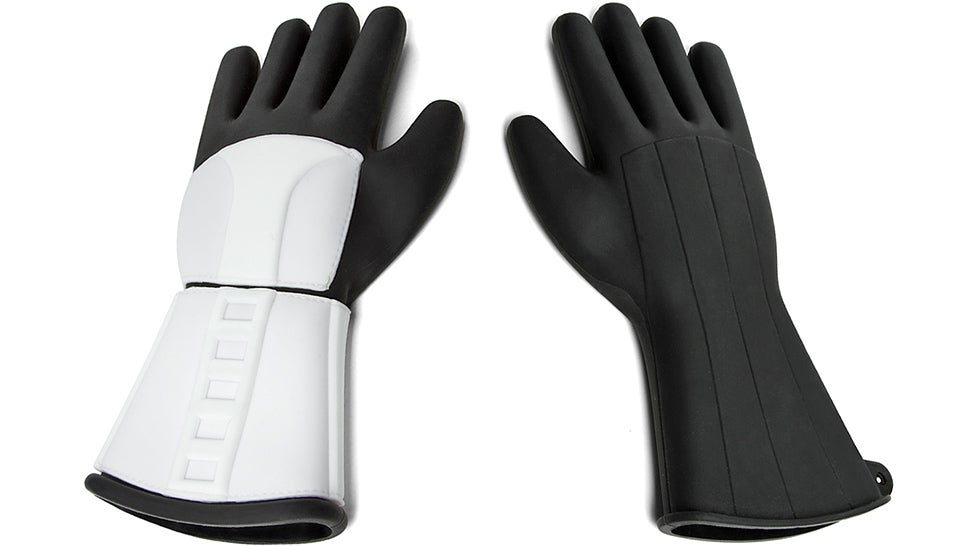 Darth Vader was born after Anakin Skywalker nearly met his demise on the lava planet of Mustafar. So of course Vader’s suit is designed to take the heat, just like these oven mitts can. And if you’re happy to just be a cog in the machine, there’s a Stormtrooper version too. Availability: Early September 2015, Pricing: $US15

On two separate occasions the Death Star couldn’t protect itself from an attack from Rebel forces. But this gorgeous Death Star wooden cutting board can certainly protect your kitchen counters from scrapes and slices from Rebel carving knives. And if you root for the good guys, there’s a Millennium Falcon version too. Availability: Mid-August 2015, Pricing: $US30 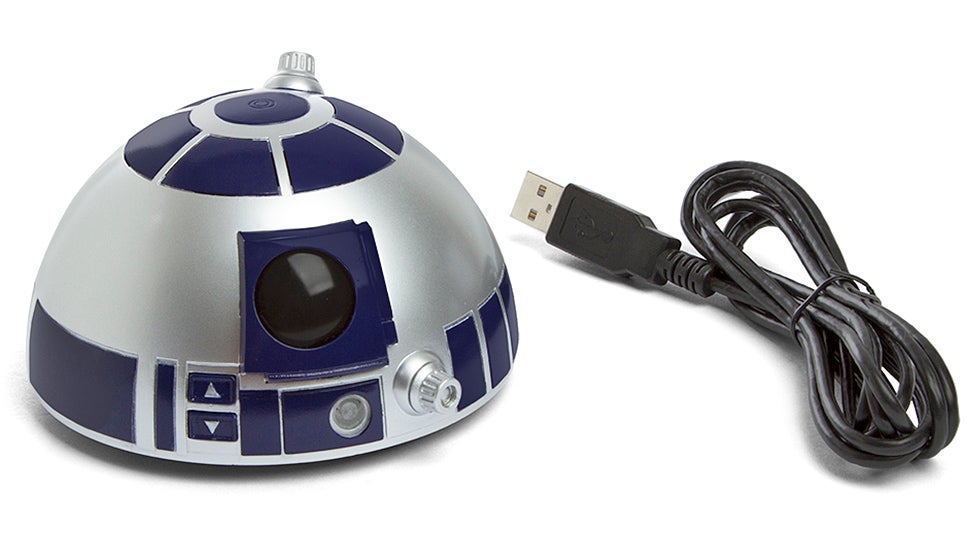 If R2-D2 ever had to write up a resume, his skills section would probably be much longer than twelve parsecs. There’s nothing that droid can’t do, and that now includes serving as a Bluetooth speakerphone for your desk. A USB connection to your PC keeps him powered, and of course he’s packed full of blinking lights. Availability: Late September 2015, Pricing: $US50 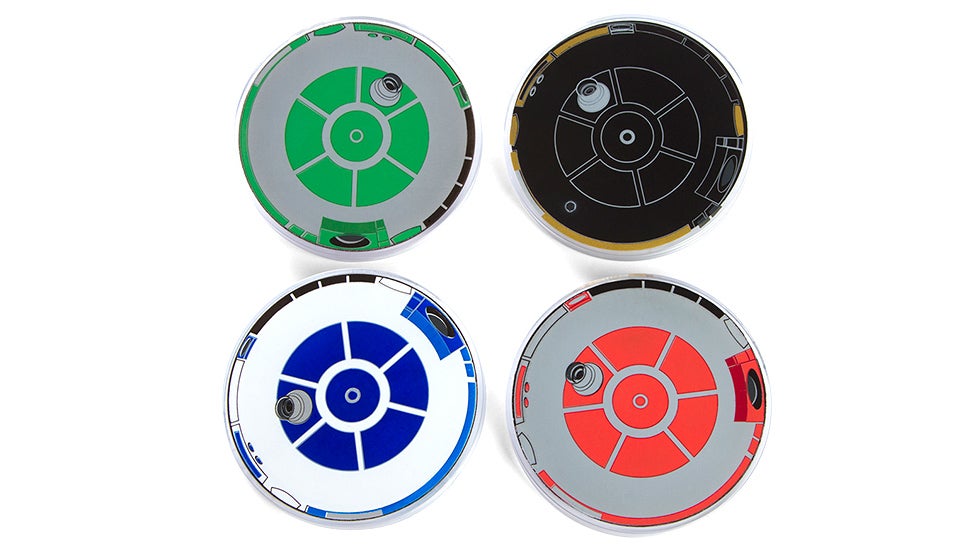 R2-D2 isn’t the only Astromech droid in the Star Wars universe. In fact there are thousands of them. And even though few are as sassy as Artoo is, this coaster set that lights up when a drink is placed on top features some of the more popular droids seen roaming about the films. Availability: Early September 2015, Pricing: $US25 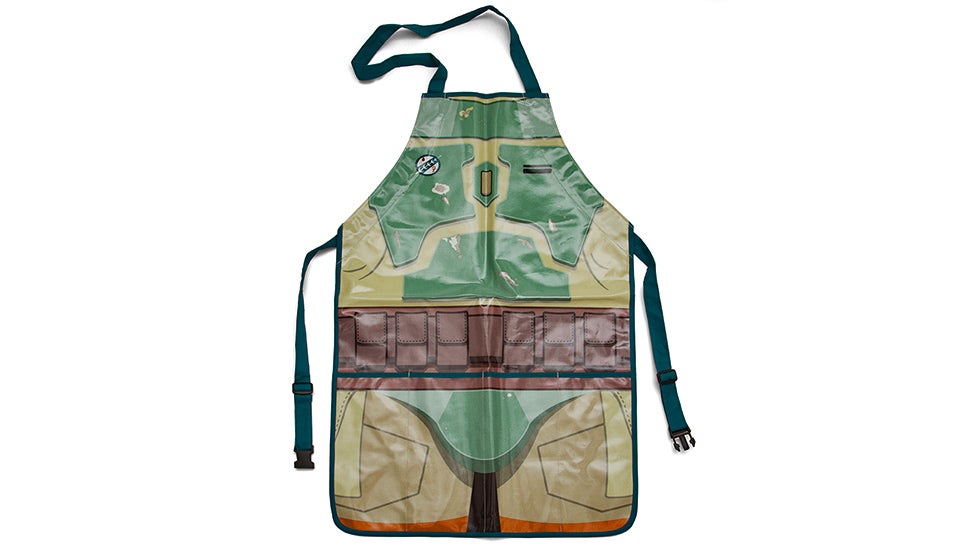 It’s probably not the best idea to ‘kiss the cook’ when the man behind the grill is Boba Fett. But you can get your burgers and cosplay on with this Boba Fett-themed BBQ apron. Besides, if Mandalorian armour can protect a bounty hunter, it can certainly protect you from scalding grease splatters. Availability: Late July 2015, Pricing: $US30

Is there a more important task a plucky droid sidekick can serve than keeping your beverages cool? Clearly not. So these Threepio and Artoo can coolers are a must-have accessory as summer creeps closer and temperatures start to rise again. Availability: Late May 2015, Pricing: $US10 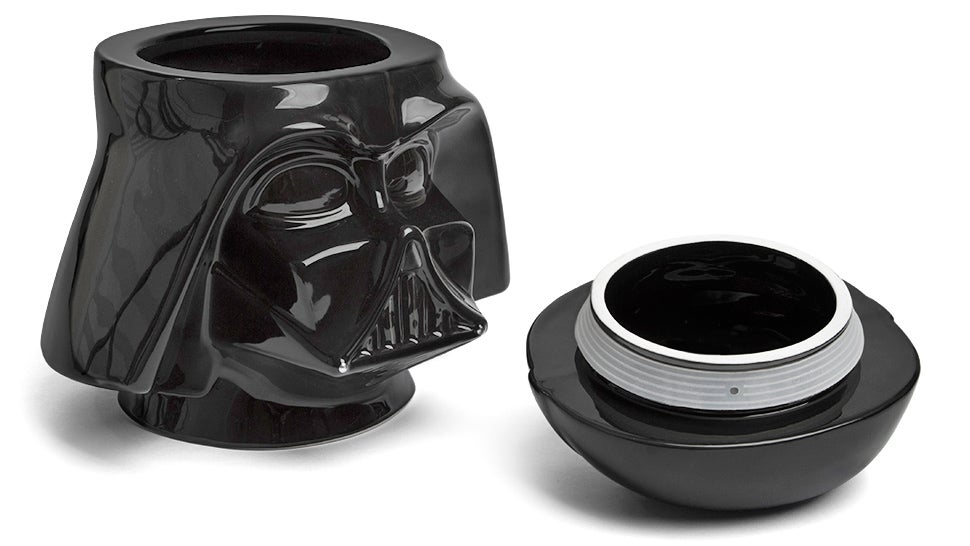 Cookie theft is a rampant problem in households with small children across the country. But since most children are absolutely terrified of Darth Vader, what better way is there to protect your baked goods than with this Vader cookie jar? If you only knew the power of not putting raisins in oatmeal cookies. Availability: Early September 2015, Pricing: $US30 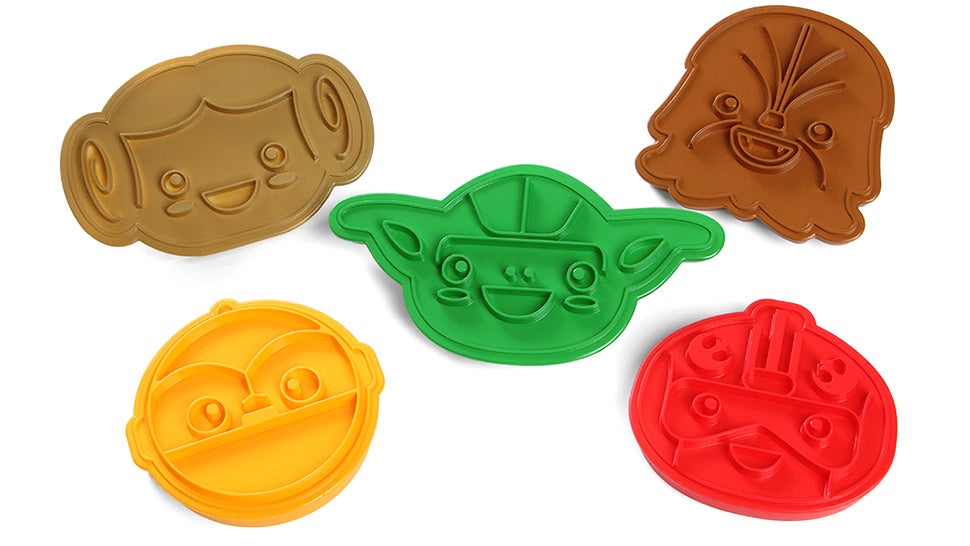 The only thing better than a chocolate chip cookie is a chocolate chip cookie shaped like a Wookiee. And ThinkGeek’s new cookie cutter set features cartoony versions of your favourite Star Wars characters, including an adorable version of Chewbacca who looks like he’s seven-years-old. Availability: Early September 2015, Pricing: $US20

Brown-bagging it for lunch at work is a great way to save money, but who wants to be seen carrying a paper bag full of sandwiches through the office? This R2-D2 Bento Box is a much better option, featuring multiple sealed sections to prevent flavours from mixing, and a Death Star stamp for making your sandwiches look even more delicious — and also more imposing. Availability: Late September 2015, Pricing: $US15

Despite being nothing more than just tiny cakes, the renaissance of cupcakes is still going strong. And it will keep on going once these R2-D2 silicone cupcake moulds are available. With the right amount of white and blue frosting, you can create your own tiny delicious astromech droid. Availability: Mid September 2015, Pricing: $US15