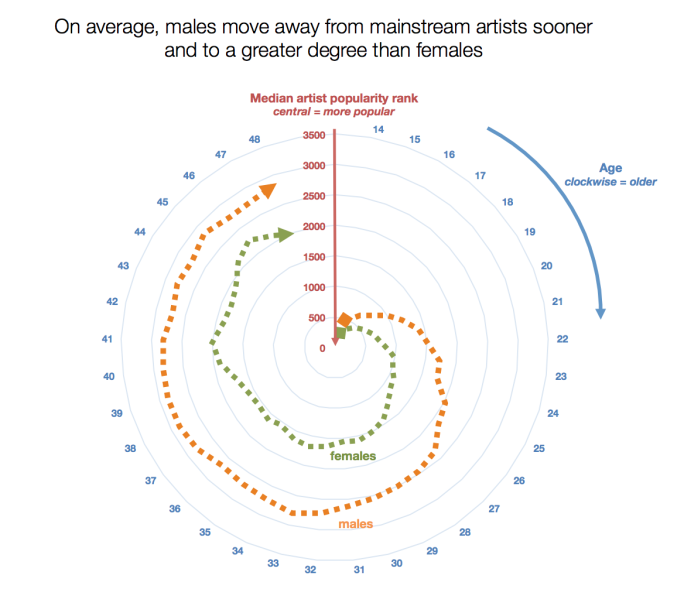 If you’re over the age of 30, you’re a musical dinosaur. You probably don’t understand the garbage those “damn kids” are listening to and you don’t want to. You’re not cool. When did this happen? Spotify may have just figured it out.

Remember when Spotify was letting you check out your musical year-in-review? It used that data to create “taste profiles” for its users, and Ajay Kalia — Spotify’s man in charge of Taste Profiles — used them to sort out when users stopped listening to popular music. His research uncovered a “Coolness Spiral of Death”. Check it out:

See those dotted lines? They represent the average Spotify user’s trend away from popular music as they age. Kids in the 14 to 25 year old bracket listen to the most popular music, but folks in their late twenties discover less and less new music as time goes on. By the time most people reach the age of 33, they’re not discovering any new music at all — music was better when you were young anyway, right?

The statistics get worse if you’re a parent: Spotify found that users who suddenly started listening to children’s music and lullabies (likely parents, that is) find themselves out of touch with popular music even faster. 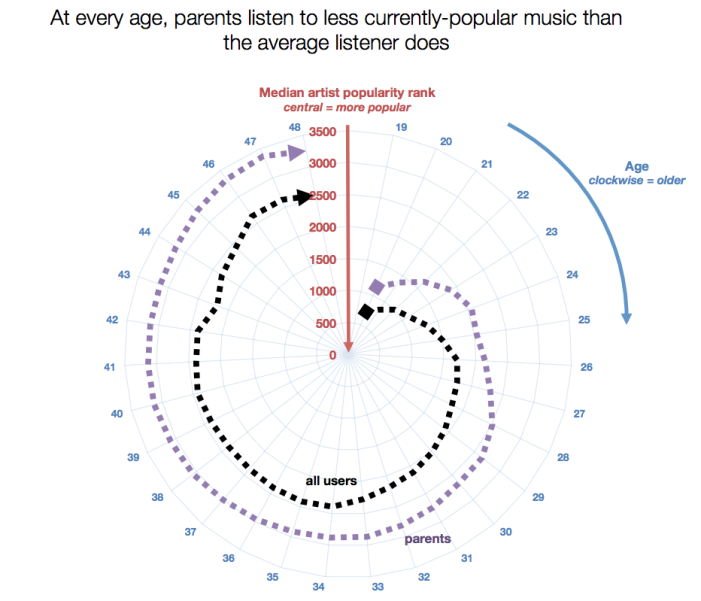 Reading the study (linked below) is a neat, but it’s not perfect — it only measures data from Spotify users, and discounts several genres for being tied to other interests: if you listen predominately to show tunes, cabaret, film soundtracks or any of Spotify’s “relaxation” or “sleep” playlists, your habits weren’t counted in this study.

That’s fine. Some of us have music tastes that defy convention. I mostly listen to Dixieland Jazz, ’60s Folk Rock and classic Country music. My tastes were never cool. [Skynet & Ebert via Spotify]