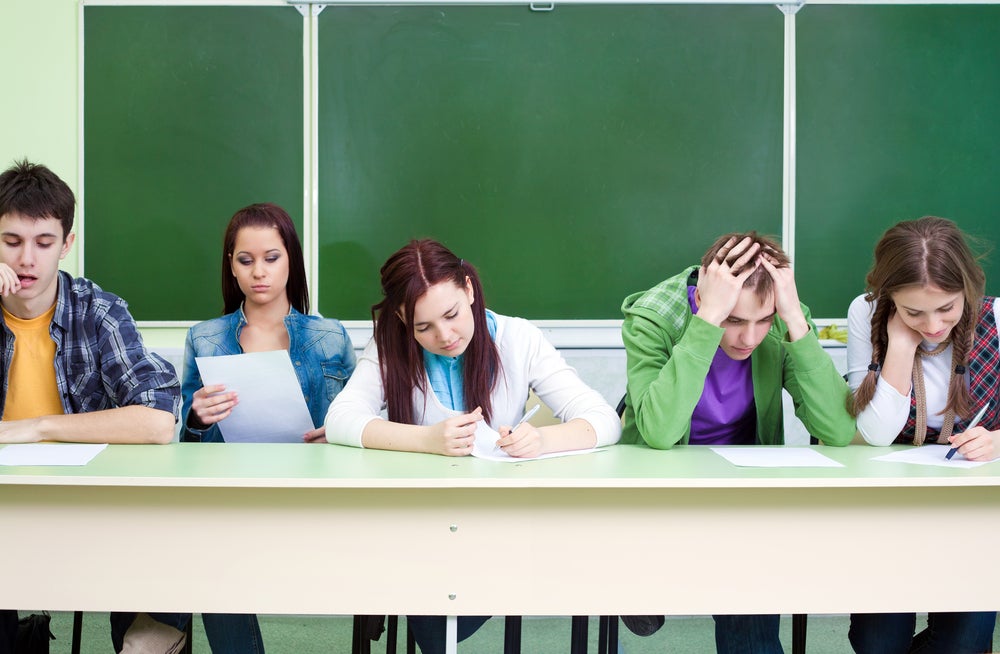 When standardised tests are shared nationwide — as they now are in the US, under the Common Core system that’s been adopted in 46 states — cheating suddenly becomes a whole lot easier. Especially since teenagers now share just about everything on social media.

Of course, we’ve probably been guilty of cheating on tests since test taking-first began. But this year is special, marking the first time that a large number of US states began taking identical Common Core tests. Many schools are forced spread the computer-based testing out over multiple days to accommodate all of their students. These two circumstances, coupled with a smartphone-armed teenager, may create the perfect storm of conditions for cheating to get out of hand.

Right now, testing companies are playing a game of whack-a-mole, monitoring leaked information as best they can and ratting cheaters out to their schools, which are responsible for taking disciplinary action. If this sounds a bit sketchy to you, you’re not alone. We’re already seeing backlash from parents and some school authorities who are concerned about the obvious privacy implications of testing companies monitoring kids’ Instagram accounts.

In America, it’s not yet clear whether, or how, tech-enhanced cheating will affect test results nationwide. But if there’s one inescapable truth here, it’s that social media’s pervasive influence can no longer be ignored in the classroom anywhere in the world. [Quartz]