One Old Android Phone Could Make All Your Dumb Things Smart 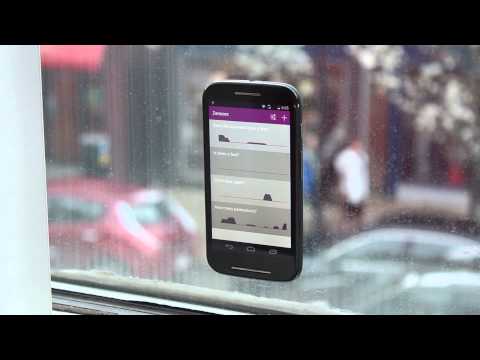 Conventional digital prophet wisdom says that in the near future, everything you own — and a bunch of stuff you don’t — will have a chip, rendering it smart. But this paper proposes an alternate version of the Internet of Things — one where stuff is dumb, and repurposed Android phones (and a bunch of clever code) make your home smart.

In an academic paper, a team from Carnegie Mellon University’s Human-Computer Interaction Institute put forward the idea of what they call Zensors: internet-connected cameras that monitor their surroundings, analyse the goings-on, and send you data and alerts based on pre-set questions.

For example: a camera monitoring a restaurant can be programmed to monitor the number of empty drinks at the bar, and send an alert if that number gets too high. Simultaneously, it will keep an eye on checks sitting on the table, bread baskets needing refills — basically, anything the camera can physically see. All the user has to do is circle an area to be monitored — the bar — and ask a natural-language question, like “how many empty drinks are there”.

The cameras can either be old Android phones, or internet-connected cameras, which makes the sensors easy to deploy. Handling the interpretation of questions, and turning a camera feed into data, is the hard part. To manage that, Zensors proposes a computer/human hybrid system.

Initially, questions and analysis is handled by crowd-sourced workers (think Amazon’s Mechanical Turks). But as humans answer questions and interpret camera feeds, machines are watching and learning, constantly comparing their answers to those of humans. When the machines reach a suitable level of understanding, the human steps out of the loop, and it becomes a fully automated system.

In a way, Zensors seems like the culmination of dozens of almost-there smart technologies from the last few years: the natural-language intelligence of Google Now and Amazon Echo; the if-this-then-that programming mentality that reduces actions into a series of events, notifications and triggers; Mechanical Turk’s harnessing of human intelligence into a machine-like format.

At the moment, Zensors is in a beta-testing phase, so the closest you’ll come is probably the YouTube video above. But if the Zensors project can turn into reality (and that’s a pretty hefty if), it provides an interesting and very different approach to the impending Internet Of Things dystopia. Rather than having smart wine glasses talking to the smart countertop to alert the waitresses’ smartwatch, the system relies on a one very smart sensor to monitor a bunch of dumb things. [Zensors]