Moore’s Law Turns 50, And Everything Else You Missed Yesterday 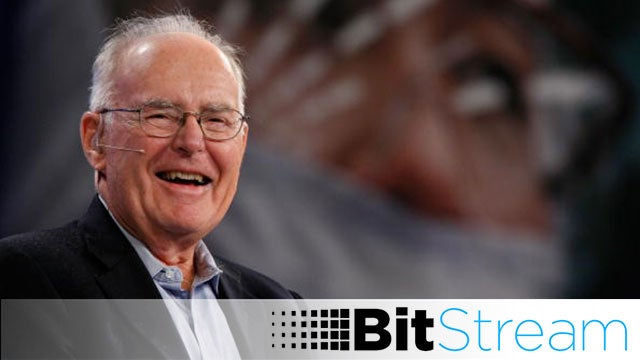 The 3D-printed future hits a setback, new Apple Watch rumours, and an amazing technological achievement turns half a century old. BitStream has all the news and rumours you missed yesterday.

Electronics magazine turned 35 years old in 1965. To recognise the achievement, cofounder of Intel Gordon Moore took the opportunity to speculate on the future of electronics. He’s what he said:

The complexity for minimum component costs has increased at a rate of roughly a factor of two per year. Certainly over the short term this rate can be expected to continue, if not to increase. Over the longer term, the rate of increase is a bit more uncertain, although there is no reason to believe it will not remain nearly constant for at least 10 years.

However, instead of lasting only 10 years, it’s lasted half a century.

Although Moore’s law has been a guiding principle for so many years, the law is constantly under debate whether it will continue to hold up as chipmakers hit the physical limits of silicon and the ability to escape heat at such a small scale. The current 14nm process is incredibly, incredibly tiny without much room left for chip manufacturers to work with. But for the immediate future, Intel has plans for a new 10nm process and is already working on a 7nm process that may require a 3D package with each die stacked on one another.

The future is definitely uncertain, but at least it’s exciting.

Optus Wants Netflix To Pay For ‘Premium Service’ Over Its Network
Richard Hammond Is Having Trouble Filling His Spare Time
Why A National Science Strategy Is Good For Australia
NBN Co Testing 50Mbps Download Speeds Over Its Fixed Wireless Network
Blunt XS_Metro + Tile: The Brolly You Can Never Lose
HBO Now Is Killing Australian Accounts
This Is What You Get When You Buy A $10,000 PC
The Batman V Superman: Dawn Of Justice Trailer Is Official
Dyson V6 Absolute Cordless Vacuum: Australian Review
The New Fantastic Four Movie Is Probably Going To Be Great (Or Better Than The Last Awful One)