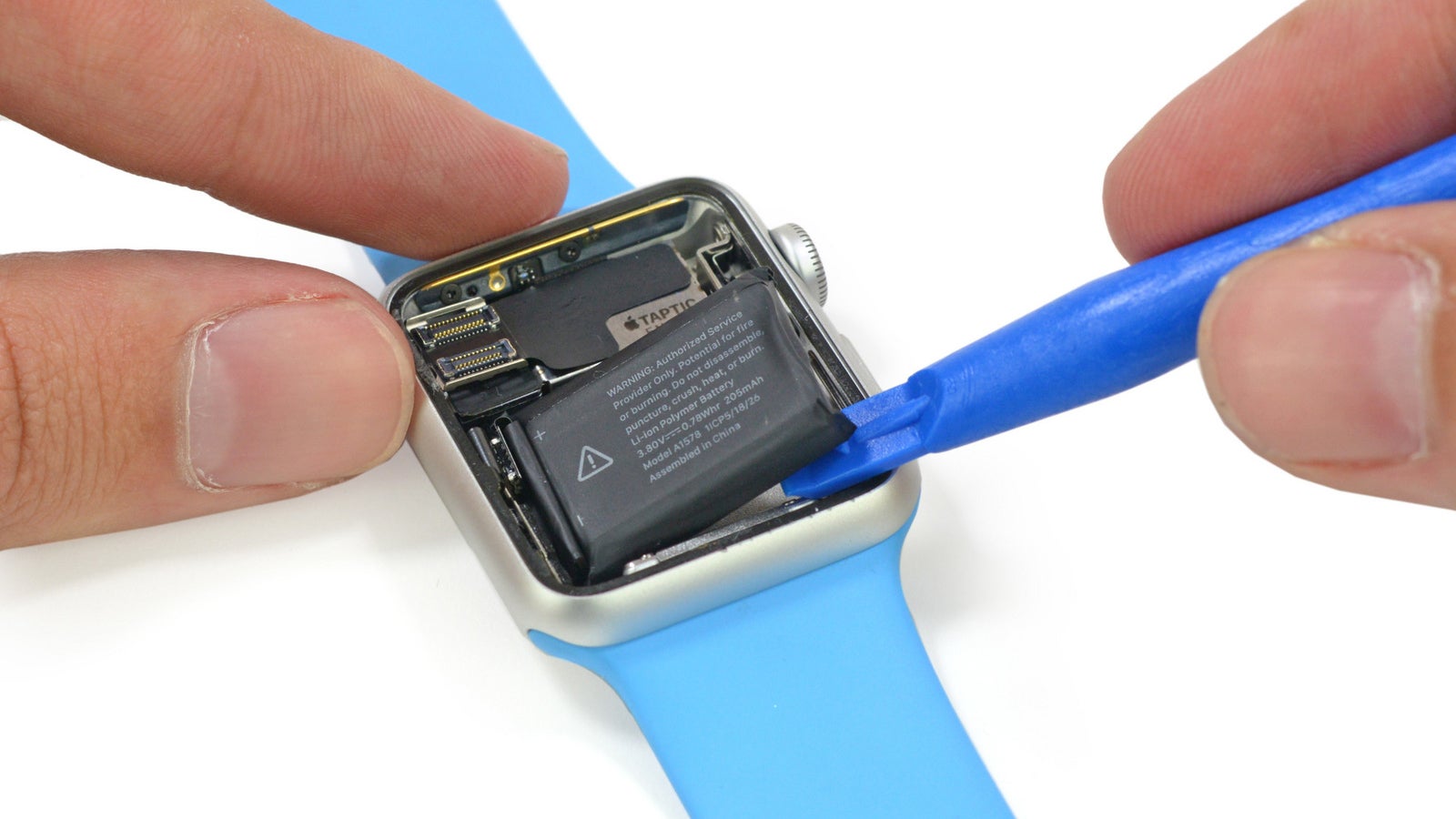 Habitual destroyers of gadgets iFixit have got their paws on an Apple Watch, and, as is their wont, they’re tearing it apart, chip by chip. And, yes, there’s a camera watching.

The team isn’t made of money though, so the version being taken to pieces is the low-rent Sport model. Thus far, the screen’s come off, and the battery revealed. Thanks to the unibody design, the only way in seems to be by prying the screen off. It looks like most of the space inside is taken up by a battery.

As for the rest of the watch’s secrets, only time will tell. But thus far, it doesn’t look like something you’d want to fix yourself. [iFixit]