ICYMI: You Can Soon Unlock Your Android Phone With Just Your Voice 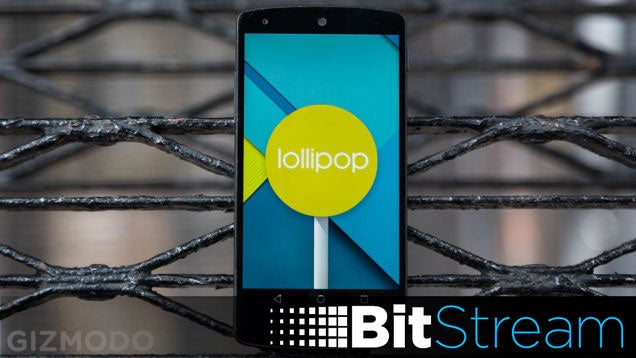 DARPA announces another (crazy) project, Apple Watch sales reach a million sold, and Google continues its war against the password. All the news and rumours you missed, all on BitStream.


Google isn’t a huge fan of the smartphone password. That’s why they have done everything imaginable to provide new ways of security that doesn’t require pins, patterns, or any other cumbersome methods. Trusted Places and Trusted Face options were a start, and even more recently, an /”on-body detection” mode. Now, Google wants you to log in with just your voice. A new security option called, you guessed it, Trusted Voice will now let users unlock their smartphone using that familiar passphrase, “OK Google.” Android Police first spotted the new feature, and posted this screenshot: 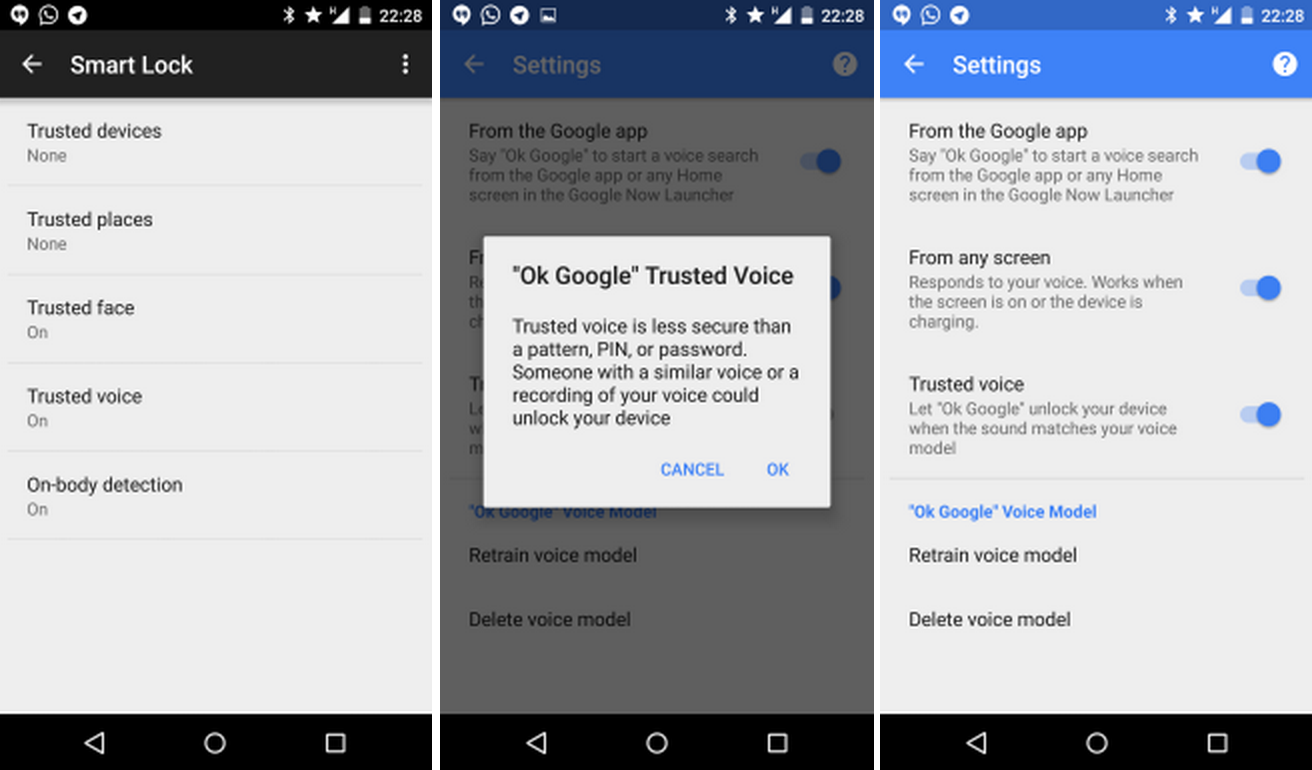 Clearly, Google isn’t super confident that voice passwords can stand up to older methods. For example, it can’t quite distinguish between similar voices or even a recording of your voice, but unless you’re fearing spy-level sleuthing from your nosy friends or significant other, Trusted Voice will probably do the trick. Or hell, turn ’em all on. Why not?

This feature is slowly rolling out to Android devices, so it may still be a while until it shows up. [Android Police]

In its continuously thirsty quest for new customers, Sprint will now drive to your house, deliver your phone, and set it up for you. Convenient! Too bad you’d then be on-contract with Sprint. [The Verge]

PCs may be in trouble again. Only this time, blame the company you work for. [Engadget]

Photographers everywhere: Get on this guy’s level. [PetaPixel]

DARPA is investigating how to create a computer system that won’t need any type of upgrade for a century. Ambitious or impossible? [DARPA]

Nokia may be looking to sell of its wonderful app, HERE Maps. That’s weird…it’s literally the best thing Nokia is even making right now. [Bloomberg]

One research firm says Apple scored near 1 million pre-orders for the Apple Watch just on launched day with users spending an average of $US500 per watch. What was that about Apple’s wearable being a flop? [Forbes]

Enjoy the rest of your day. Here’s a pug on a sled.

Here’s How Everyone Died In Game Of Thrones According To Key And Peele
#FirstWorldProblems: Here’s What’s Wrong With The Apple Watch Edition
Here’s Jeremy Clarkson Teasing Us About The Future Of Top Gear
From Convicts To Pirates: Australia’s Dubious Legacy Of Piracy
Hobart Airport Hacked By ISIS Supporters
The Tesla Model S P85D Achieves An Insane Speed With New Software Update
Miele RX1 Scout Robot Vacuum Cleaner: Australian Review
BitTorrent And The Digital Fingerprints We Leave Behind
Tesla’s First Rural Aussie Supercharger Is In Goulburn
LG Accidentally Reveals It’s Leather Clad G4 Weeks Early
Nearly Half of Game of Thrones Season 5 Just Leaked
The Apple Store Fitted Me for a $US15,000 Watch I Could Never Afford
What Is Liquid Cremation and Why Is It Illegal?