La Fin du Monde (The End of the World), is a 19th century science fiction novel about a comet colliding with the Earth, followed by several million years leading up to the gradual death of the planet. The book was written by French astronomer and author Camille Flammarion, first published in 1893, and adapted to movie in 1931.


The following original illustrations — engravings by several famous French artists — were scanned from the Hungarian edition (1897), and show us a very special future, imagined by the people living close to the turn of the century. You may find it surprising how many predictions come true.

The city of future: A huge airship preparing for landing on a roof port. Lot of buildings have large rotating domes for observing the stars, streets are illuminated by electric lights. 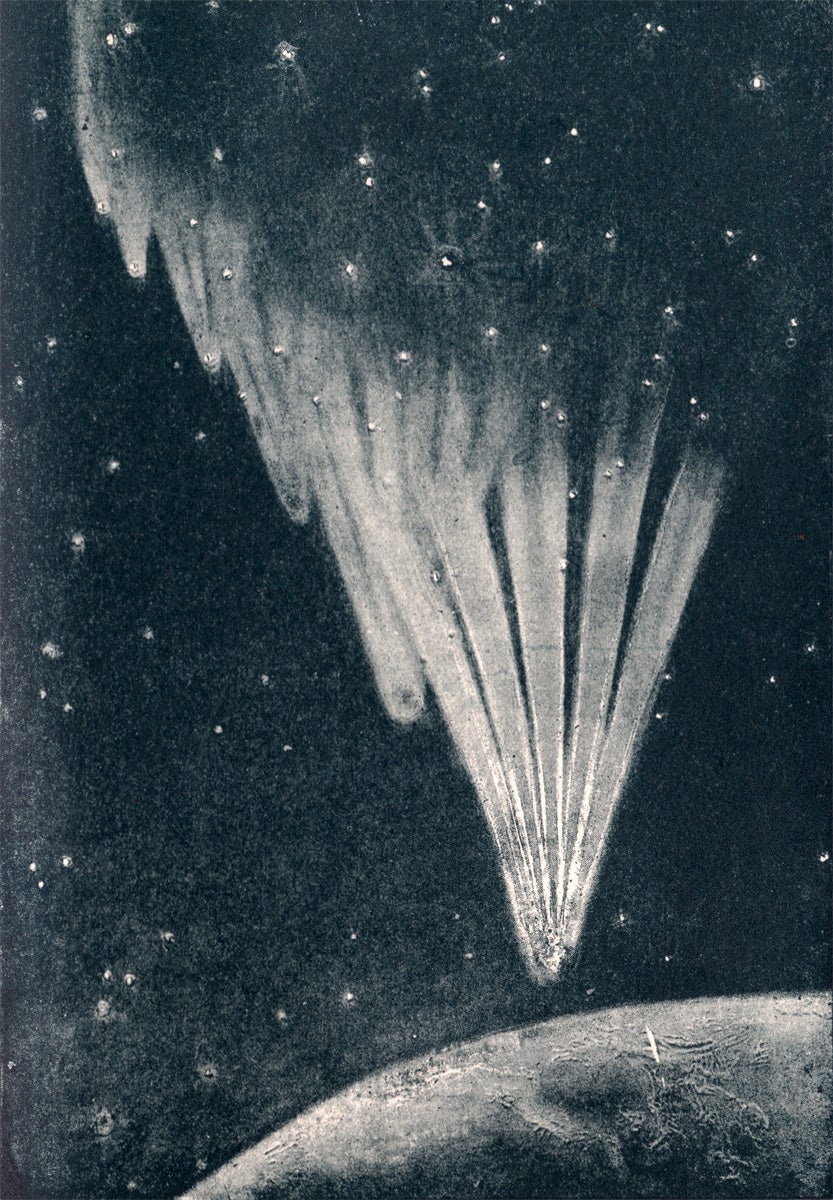 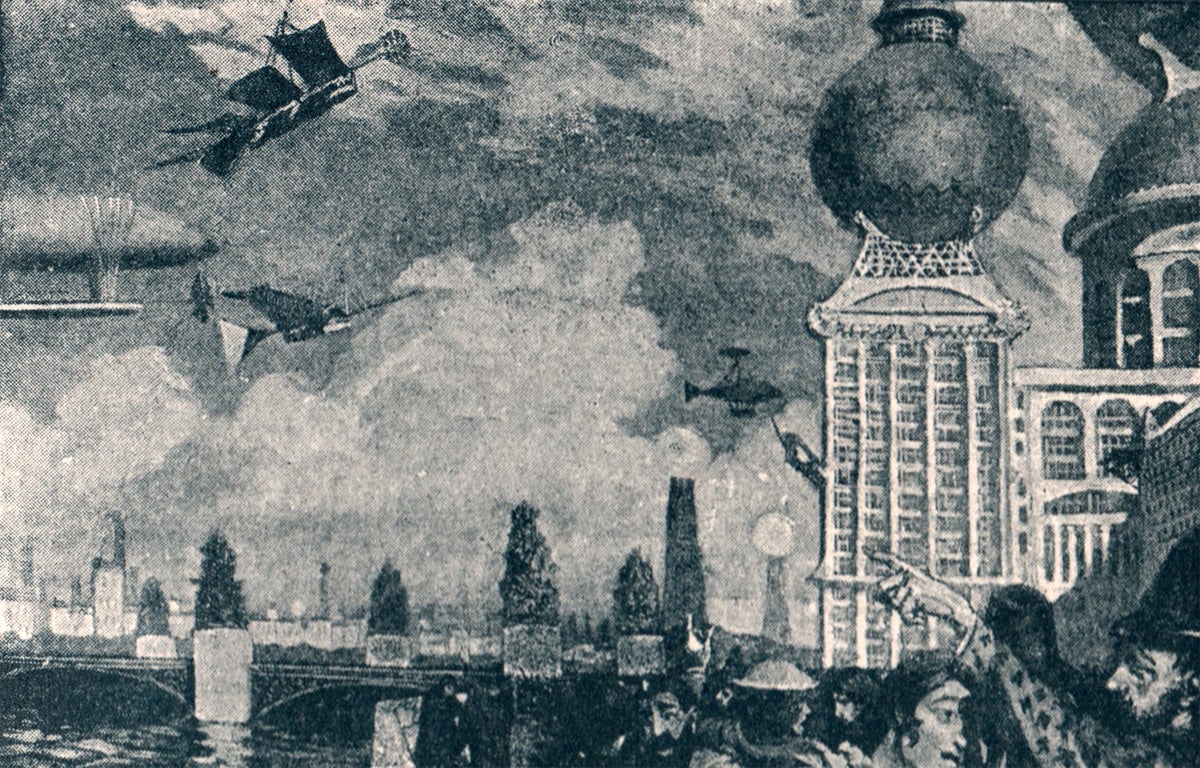 A wireless message from Mars projected in front of a large group of scientists and politicians. 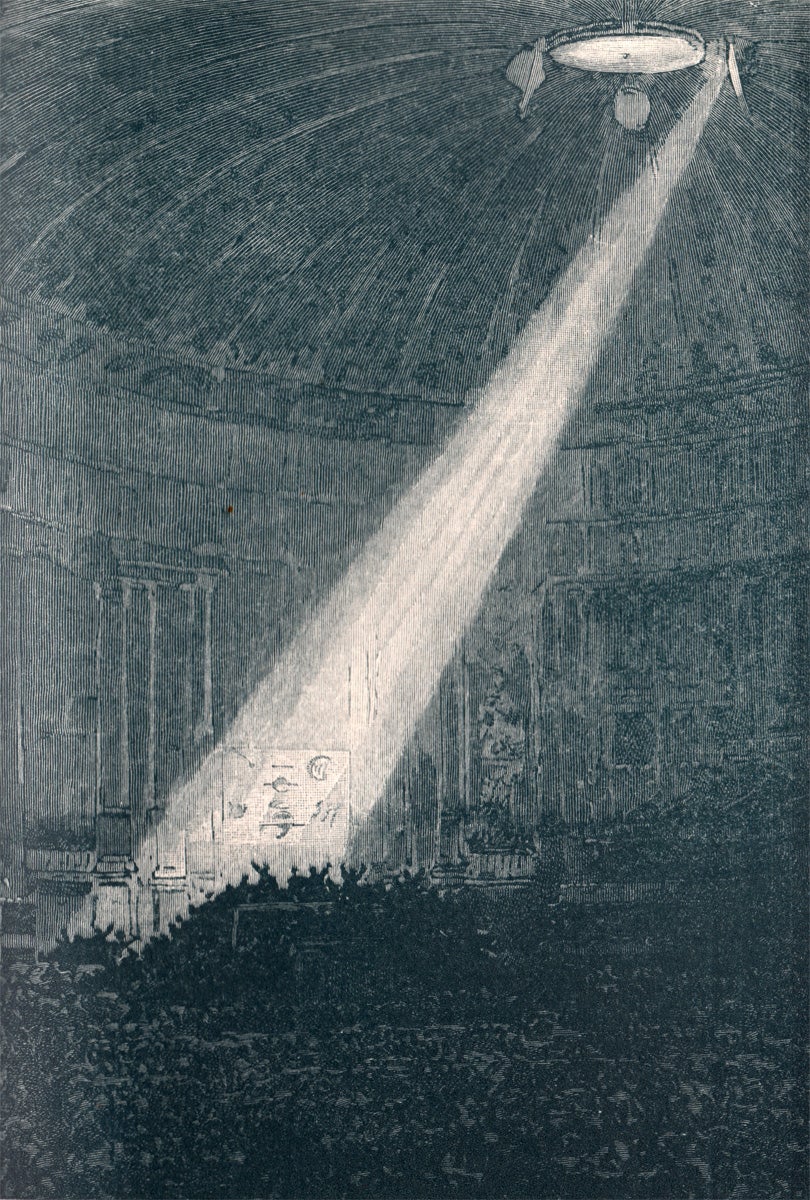 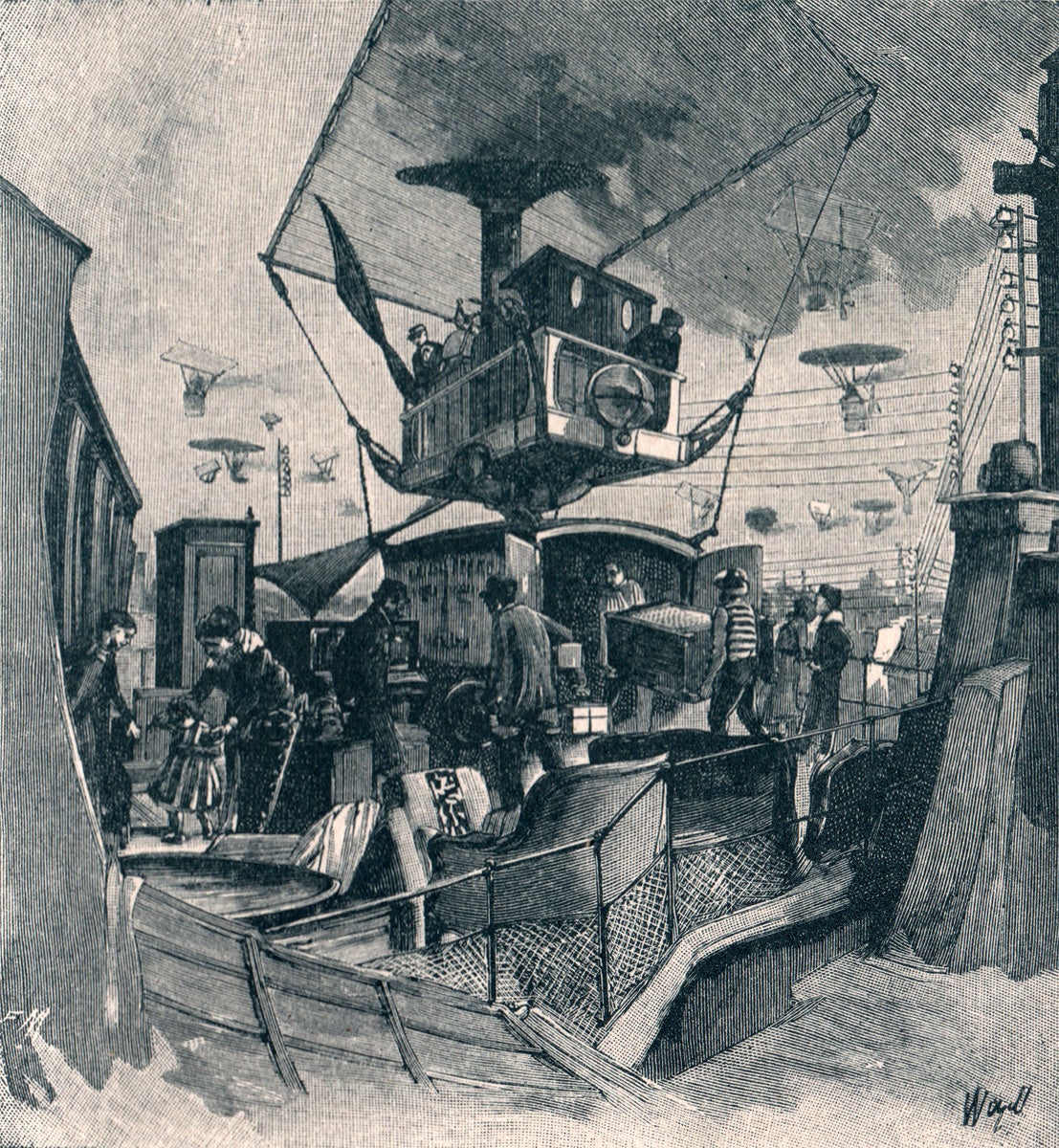 Means of travel: ships in the air and on water 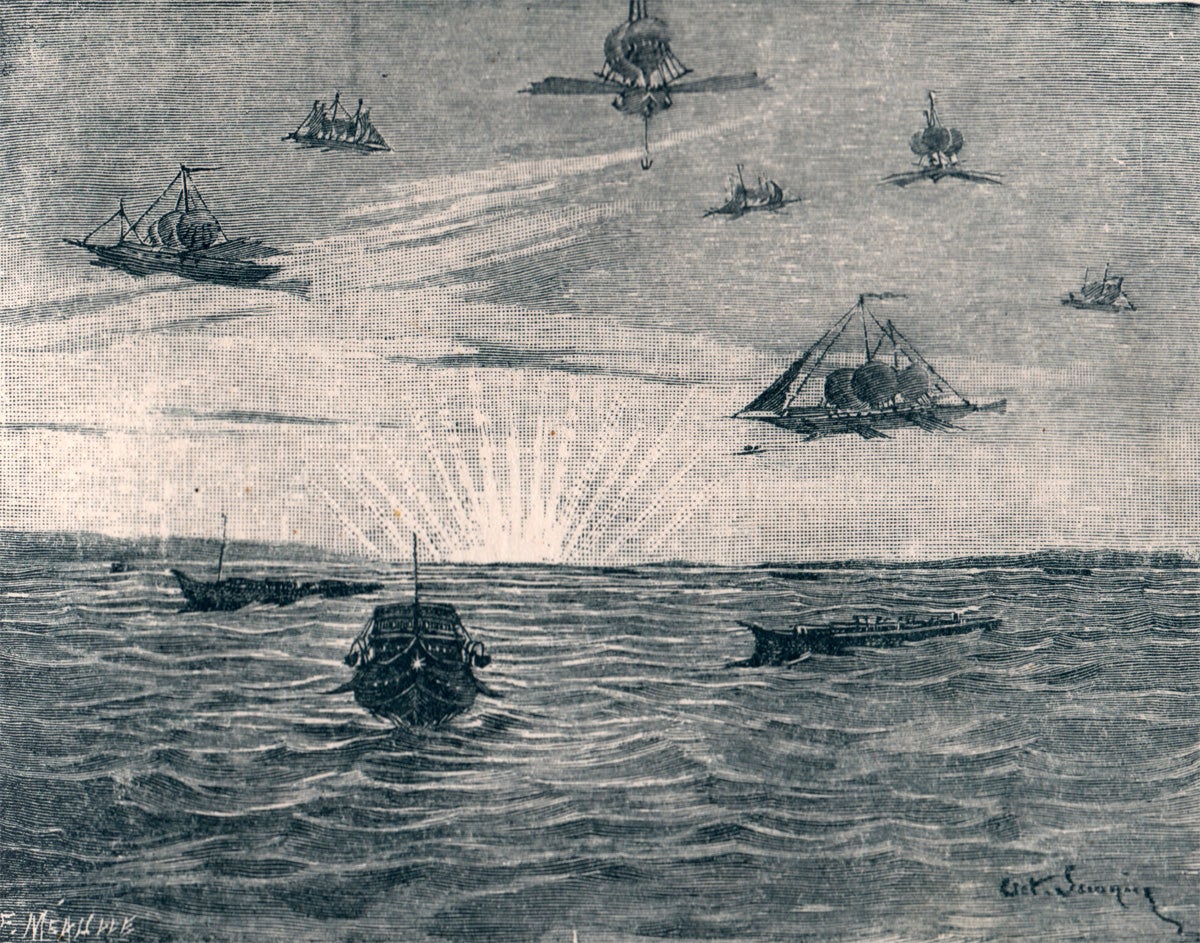 Large round screen for home entertainment. Control board is on the wall. 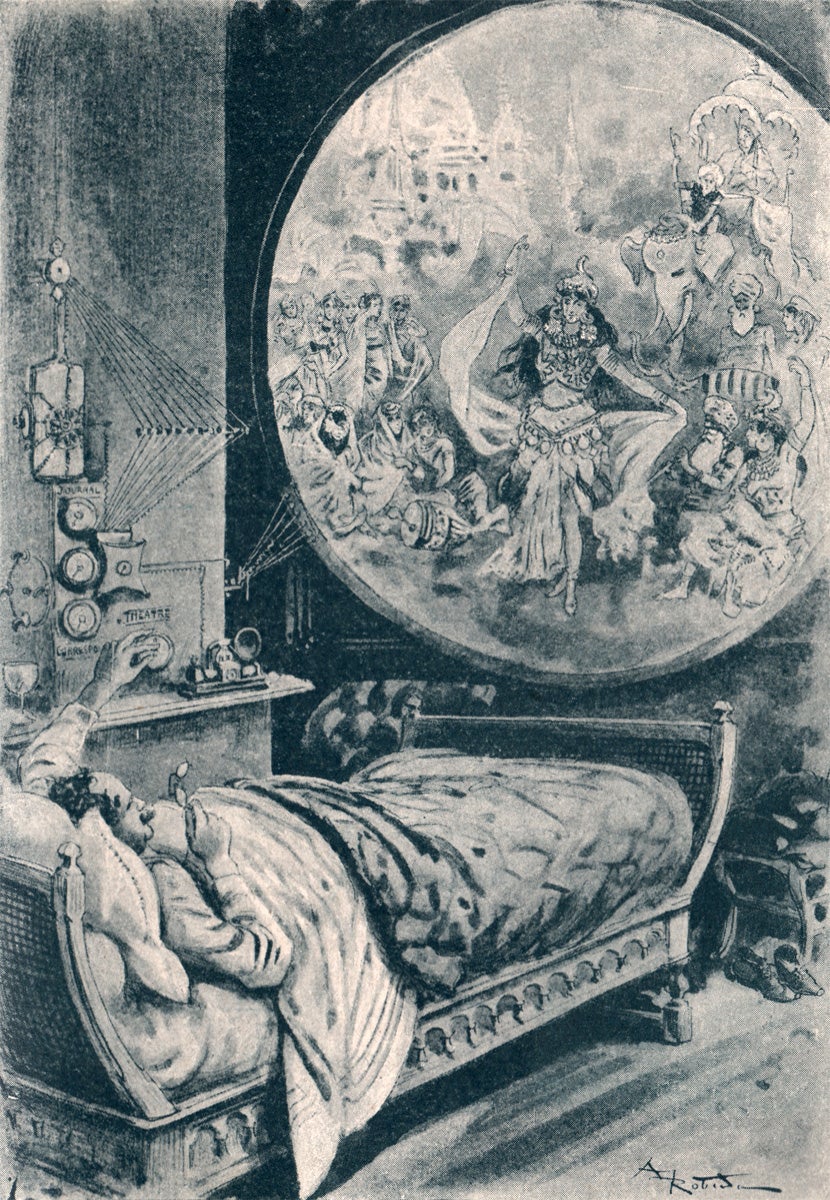 We should all commute by air as of now. 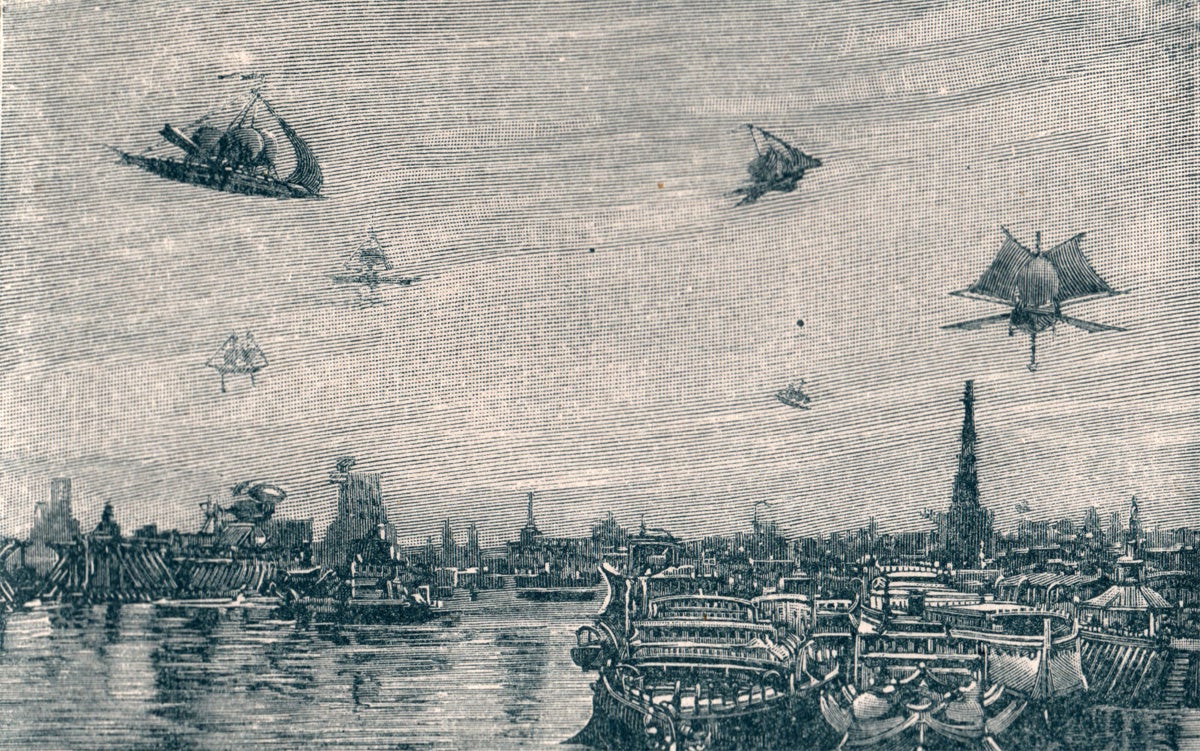 Paris, the capital of France will became a megalopolis from Bordeaux to Narbonne. Note the several flappy winged aeroplanes in the smoke filled air, the huge river cruiser in the right bottom corner, the multilevel bride, and the monorail tracks. 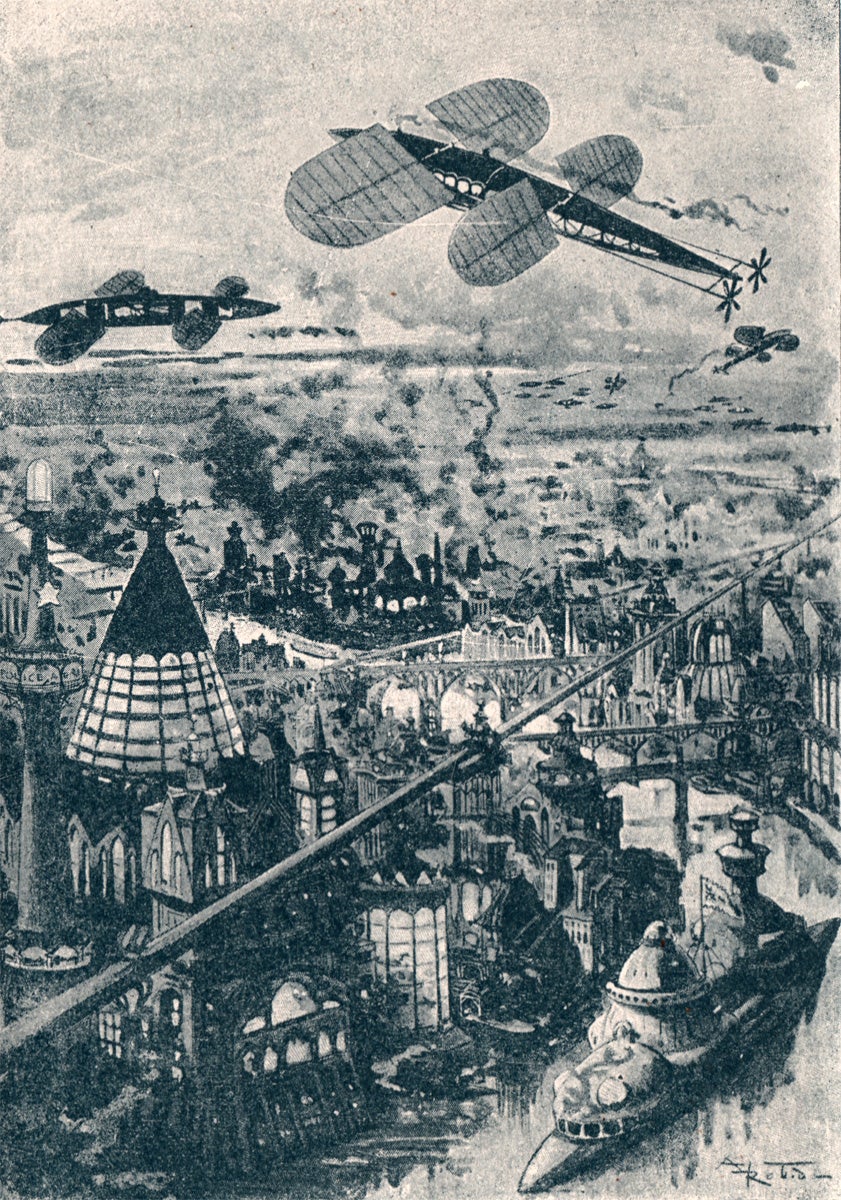 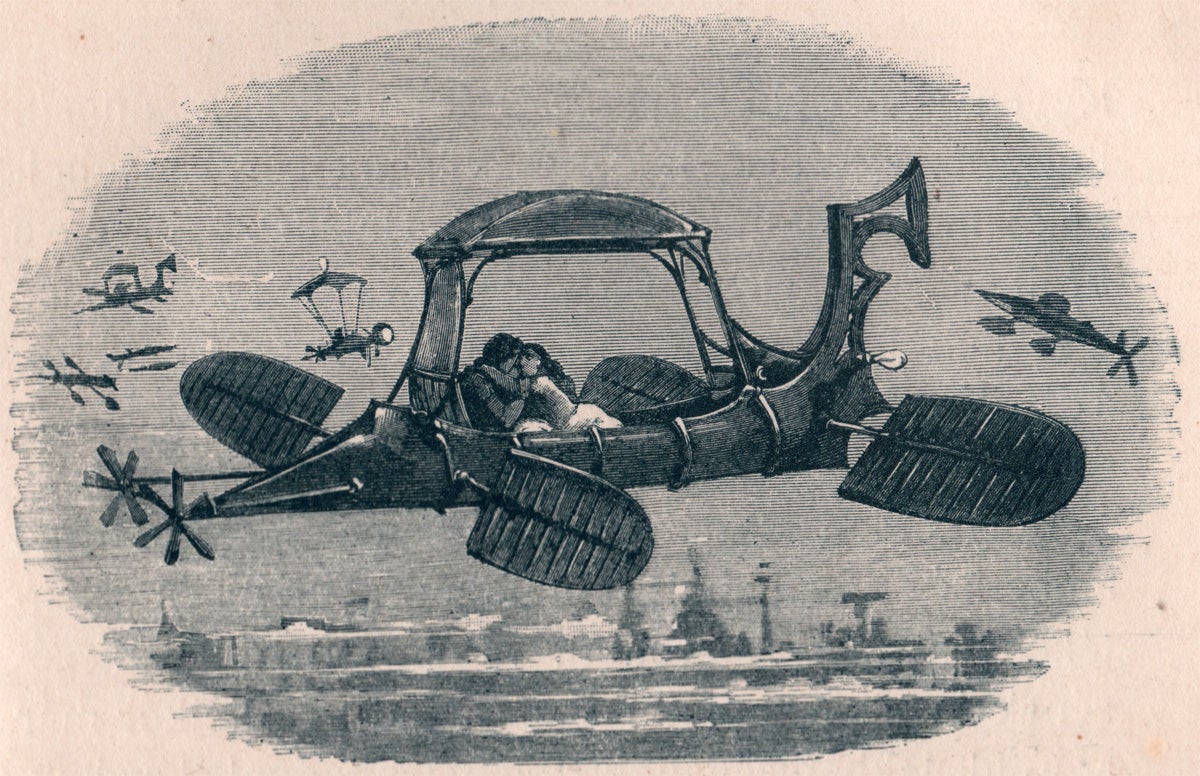 Lonely airship above the ruins of the human civilisation 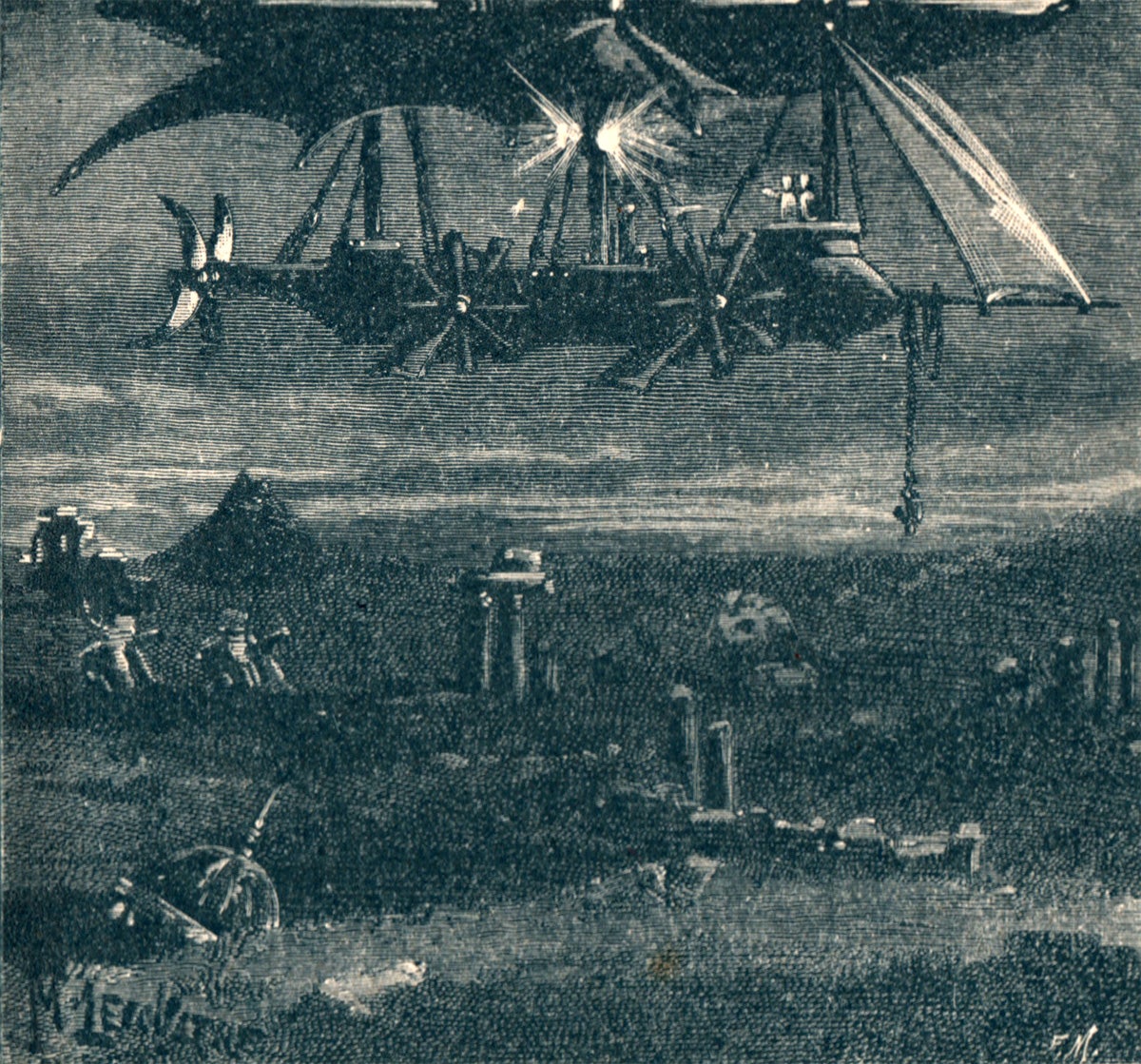