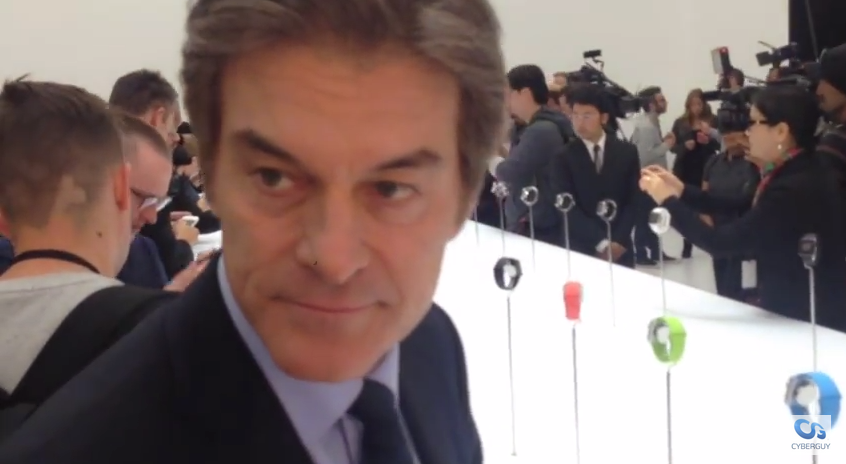 The folks over at Vox have spotted a curious email that was leaked as part of the Sony hack. Back in January 2014, Dr Oz sent a message to Michael Lynton, the CEO of Sony Entertainment, asking about Sony’s upcoming wearable devices. Since Sony produces his show, Dr Oz saw an opportunity for good old fashioned synergy.

The email implies that Oz was talking with some unnamed wearable device company at the time (which we can now deduce was probably Apple) and wanted to give Sony the opportunity to promote their health-focused products. Alas, it appears this synergistic marriage between Sony wearables and bullshit-peddler Oz was not to be.

“I have been carefully following the wearable device market and am pretty close to consummating a longer term relationship, but just saw the piece below quoting Kaz Hirai and realised that SONY is moving into the space as well,” Dr Oz wrote to Lynton. The “piece below” that Dr Oz refers to was an article in PC World about wearables at CES.

“We should leverage the SONY-driven success of our TV show into other arenas where SONY thrives, like health hardware,” Dr Oz continues. “If you agree, how do you suggest we proceed?”

Who is this partner that Dr Oz was “pretty close” to “consummating a longer term relationship” with? It’s impossible to know for sure, but there’s a good chance it was Apple. Dr Oz himself was in Cupertino at the Apple Watch announcement event back in September. And you can bet he wasn’t there out of the kindness of his heart.

The curious thing about Dr Oz’s appearance to promote the Apple Watch’s health features? He was strangely in the background. Apple didn’t even invite him onstage, and all the news coverage of him at the event is uncharacteristically low key. Instead, Christy Turlington took centre stage to promote the new watch’s health and fitness tracking features.

It’s easy to speculate that perhaps Dr Oz signed some kind of deal with Apple before he was called to testify about his promotion of garbage cures in front of Congress. Those hearings were in June and his appearance at the Apple announcement was in September. Who knows what the whole story is, but it’s strange that Apple wouldn’t put a huge public figure like Dr Oz to better use.