Google Vs The EU: A Fight For The Right To Screw With Search Results 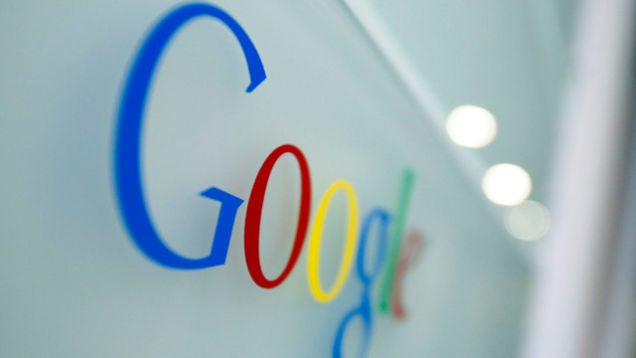 
The European Union has officially charged Google in an antitrust suit for abusing its position of dominance and manipulating search results. Google has ten weeks to respond, and while the giant has a relentless fire hose of cash it can shoot at its problems, this is the biggest antitrust case since Microsoft got bitchslapped by EU antitrust charges in the 2000s. The outcome is going to colour how Google operates. And even Google’s profusion has limits: EU fines may be as much as $US6.4 billion. It’s a big deal.

Google is skewing your search results…

The EU’s Statement of Objections for Google focuses on how its search engine arranges results about shopping. Its complaint alleges that Google prioritises results from the shopping sites it owns over its competitors. It says Google shows results according to their relevance for making itself stacks of cash, not their actual relevance to the person searching.

The Commission is concerned that users do not necessarily see the most relevant results in response to queries – this is to the detriment of consumers, and stifles innovation. The Commission’s preliminary view is that to remedy such conduct, Google should treat its own comparison shopping service and those of rivals in the same way.

“Google’s abuse of its dominant position comes in various shapes and forms but some patterns exist and have been observed over the last few years,” Arthur Ravier, a policy officer at Open Internet Project (a group that urged the EU to ban Google) told me. Ravier cited the way Google rankings for restaurants give places with lots of Google+ reviews a boost over those with lots of Yelp or TripAdvisor reviews as a prime example of manipulations that hurt Google users.

This EU suit isn’t the first time Google’s been accused of sneaky, anti-competitive tactics. A leaked report shows that the Federal Trade Commission nearly sued Google back in 2012 for its search-result skewing. In that case, in addition to simply prioritising its own services, Google was accused of stealing content from rivals. But an antitrust suit never happened. FTC’s commissioners agreed to back off and let Google voluntarily change some of its policies in 2013.

…And it’s not denying it

Google’s reply to all this: It’s not a monopoly, and competition is flourishing, so there’s no evidence that its Google-centric search results are harming anybody. With competitors like Bing drawing larger shares of the search market (it just surpassed 20% for the first time in the US), Google definitely has a point there.

Note that Google does not deny allegations that it manipulates search results to favour itself. The argument here basically amounts to, if you don’t like it, use Bing!

It’s not up for debate that Google has immense power over how we discover information. Obviously a company tasked with ordering the known internet is going to have to make choices about how to siphon relevance from the noise of a monster data-dump, and many of those choices will hinge on that company’s subjective taste on what’s important. Google is pretty flagrant in the ways it shows that company policy = our stuff is the most important.

What’s up for debate here isn’t that Google manipulates search results, it’s whether that manipulation is ruining competition, specifically in comparison shopping.

And that’s probably a good debate to have, but it really doesn’t cut to the heart of what’s wrong with search. There is a more pernicious issue with the way Google prioritises its results, and it has less to do with screwing over competitors than it does with creating a digital world that is tilted towards commerce over knowledge.

Whether or not Google’s preference for its own brand is tantamount to a monopoly, money drives Google search far more than knowledge. As Motherboard’s Brian Merchant recently pointed out, Google often yanks up commercial search results — a search for “watch”, for example, will lead you right to Apple Watch, even though Apple’s wearable tech is both very new and very not a generic watch.

People are starting to notice Google’s tendency towards hypercommercialisation — children’s groups just complained that the company’s new YouTube Kids app is basically just a commercial-viewing tool. But it’s telling that the bulk of criticism and complaints lobbed at Google’ search functions are about hurting competitors rather than its slow metamorphosis into an online shopping tool.