Fanboys Stab Each Other Over Android Vs Apple 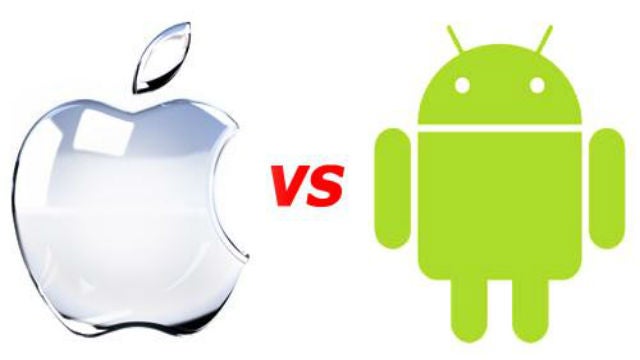 The ever-heated battle over mobile ecosystems left two wounded fanboys today: In Tulsa, Oklahoma, two roommates were hospitalised after a drunken fight about the relative benefits of Android and Apple phones.

"When police arrived at the apartment complex, they learned that the roommates had been drinking and arguing over their mobile phones," KTUL Tulsa reports.

The report then includes the helpful addition that, "Police did not respond when our photographer asked which phone is better."

The roommates, Jiro Mendez and Elias Ecevo, have non life-threatening injuries from stabbing each other with broken beer bottles in this crime of OS-related passion. Police said they will be booked for assault with a deadly weapon once they are released from the hospital.

Police said a third man was reported to be have been drinking with the duo, but was gone by the time they arrived. Many questions linger (Tulsa police did not immediately respond to my request for comment), including: Was this evasive comrade a Windows Phone man? [KTUL Tulsa, News on 6]