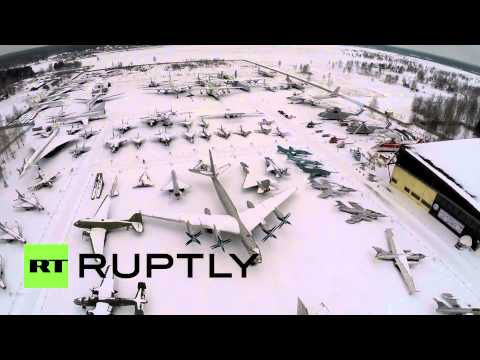 All these fighter jets and war planes and attack helicopters are on display at Russia’s Central Air Force Museum, just outside of Moscow. They’re advanced killing machines, and yet this drone footage makes them look so peaceful, resting and hibernating in the Russian winter snow. It’s as if we’ve stumbled upon a paradise for planes.

Russia Today shows more of the spectacular footage below. The Central Air Force Museum is one of the world’s largest aviation museums and is home to 173 aircraft.