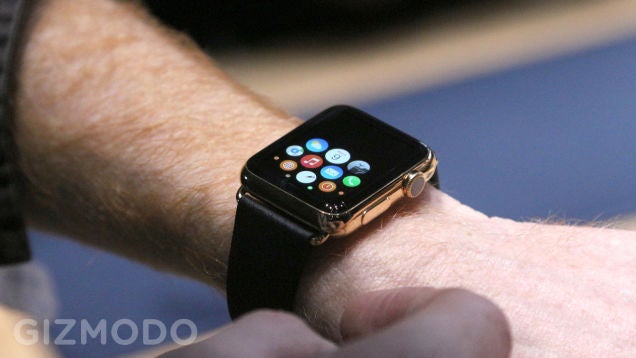 Many of us are still slack-jawed over Apple’s announcement nearly a month ago that its Midas-touched wearable will go for a cool $US10,000 ($14,000 in Australia) at least. Unfortch for the rich and/or people who are bad with money, that doesn’t include the protection plan, an expensive one that comes with a set up hotline!

9to5Mac says for an extra grand, Apple will give your new larceny target smartwatch an extra third year of protection (on top of the two already included), 24/7 support and a hotline that will help set up the damn thing. Yes, that means Apple is anticipating a need to have a hotline for people who will be spending $US11,000-$US18,000 on a watch they don’t know how to use.

To be fair, the $US1000 pricing follows an Apple tradition to charge around 10 per cent for AppleCare, which it does for MacBooks and such. Oh, and if you happen to not have a healthy trust fund, there will be protection plans for the aluminium and steel models for $US59 and $US79 respectively, but you’re on your own to figure out how to use it. Good luck. [9to5Mac]