An Alan Turing Fan Made An Enigma Machine For Your Wrist 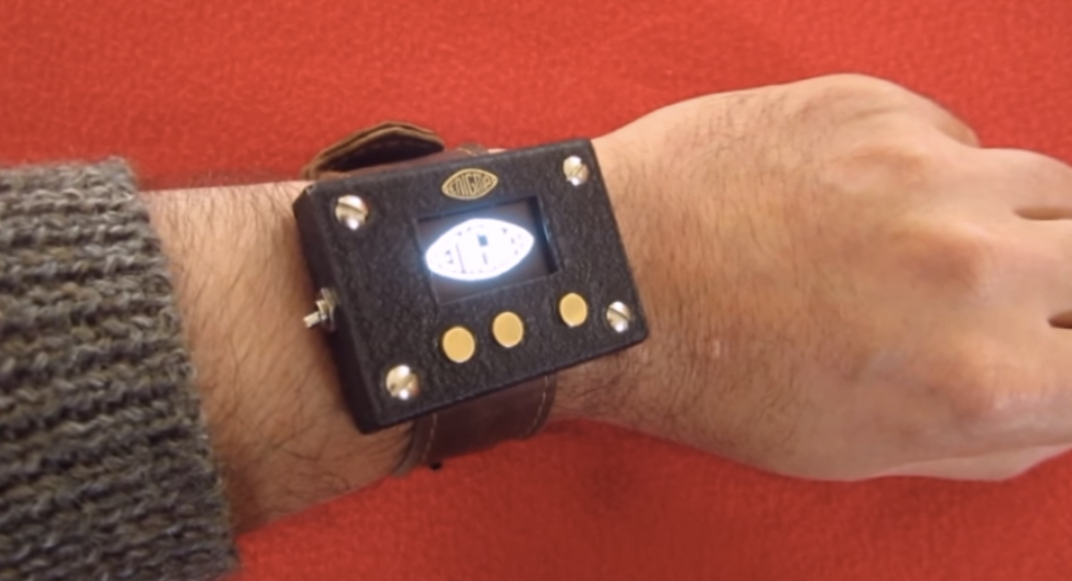 Apple Watch and Android Wear is cool and everything, but the best wrist wearables are often made from Arduino boards and some tinkering, much like this super great Enigma watch.

Although known notoriously as the uncrackable cryptography tool used by Germany during World War II, the Enigma Machine was eventually undone by the father of artificial intelligence, Alan Turing And ever since last year’s The Imitation Game, Turing has enjoyed some much-deserved popularity, even the CIA loves him.

This week we talk about codes, ciphers & the #enigma of Alan #Turing. pic.twitter.com/hQtj6Xw3Ox

But many others also admire Turing. So much so, people want to wear Enigma Machines on their wrists, apparently.

YouTube user Asciimation posted a 12-minute video giving a tour of his retro-tech wearable and how it works. The watch swaps out the rotor, rings, and plug board and makes the whole thing digital with a teeny, low-res display. With a three-button interface, the watch cycles through each setting and then pumps out code. It’s like a history lesson on your wrist.

This is just a fun project unfortunately, so no Kickstarter for anyone interested. But the creator says he’s willing to part with his original for $US10,000. $US5000 so he can visit Bletchley Park, where Turing cracked the Enigma Machine, and $US5000 to donate to the park. I can think of worse ways to spend $US10,000 on a watch.

If you want to see exactly how this one-of-a-kind wearable was made, you can read a step-by-step of the whole process right here. [Make Magazine]