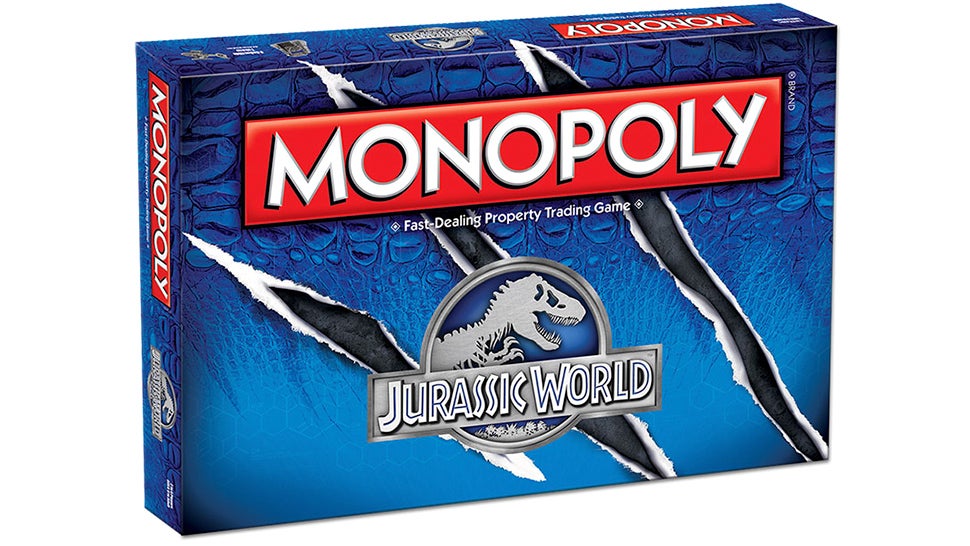 You could dedicate an entire blog to covering all of the different versions and variations of Monopoly that are now available. But why bother because an official Jurassic World version of Monopoly is coming in June that swaps those boring car, top hat and cat tokens for a DNA sequence, a park tour vehicle and a T-Rex skull, among others.

The game is already available for pre-order for $US40, but if you still need more convincing, this version of Monopoly trades the houses and hotels for fences and enclosures letting players build their own dino-filed utopia instead of amassing properties. And it comes with Jurassic World-themed cash too, which sounds even better than the Disney Dollars you can get at that mouse’s theme parks. [Entertainment Earth via GeekAlerts]