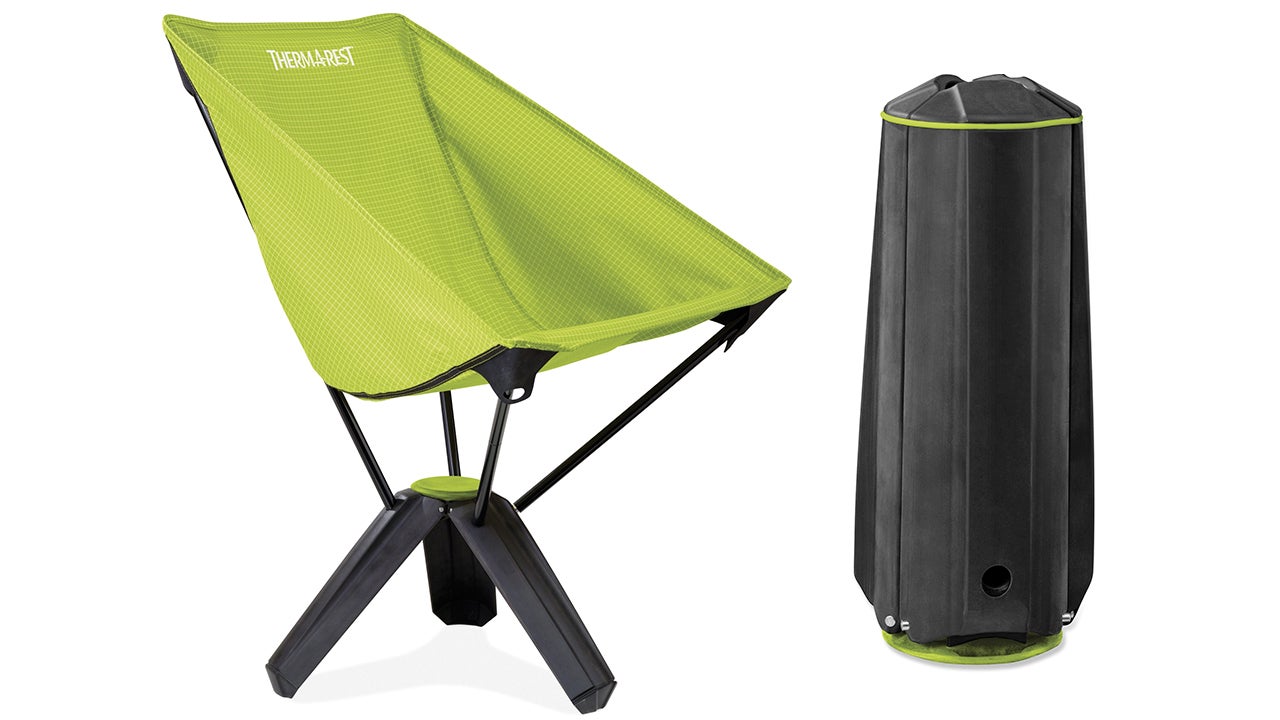 Even if you've opted to spend a weekend car camping instead of truly roughing it with nothing but a pack on your back, you still don't want to pack too much stuff. So in lieu of a couple of awkward folding lawn chairs for cosying up next to the fire, Therm-A-Rest has created the Treo chair which folds up into a pod as small as a thermos.

At $US100 it's not cheap, let's get that out of the way first. But at just two pounds and 27cm tall when folded away inside its tripod legs, you could squeeze a small stadium's worth of seating into the trunk of your car. And when deployed the Treo chair can support someone up to 113kg in weight. There are fallen trees in the woods that can't promise that much support. 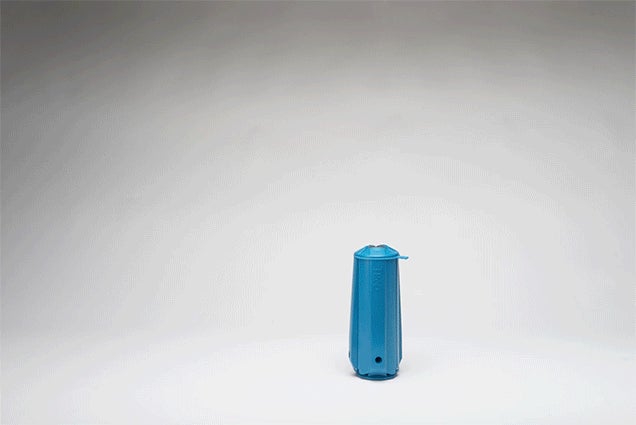 The seat is also elevated about thirteen-inches off the ground so it's easy to climb in and out of. And assembly looks to be much simpler than the MENSA test that is putting up your average tent, so you might actually be inclined to use the Treo instead of lazying out and just plopping down on the ground. [Therm-A-Rest via Bless This Stuff]