45% Of People Featured In Memes Are White 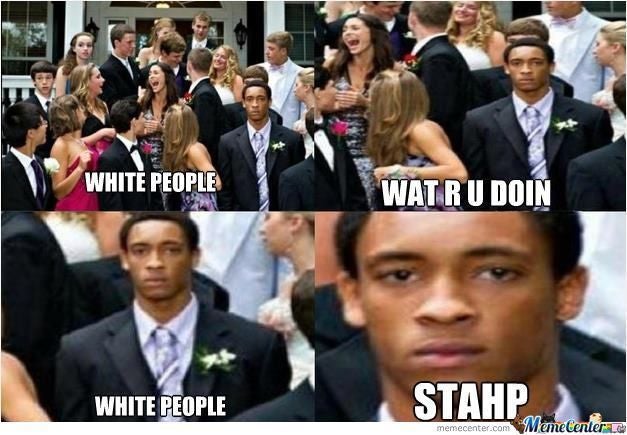 It turns out that memes are something that white people like. At least, that’s one possible way to understand a recent study of 50 popular memes, which found that there are an awful lot of white people in these widely-shared internet joke cycles.

Over at the Washington Post, Caitlin Dewey explains this aspect of the study:

Of memes that show people, versus dinosaurs or cartoons or cats, men appear twice as often. And nearly 45 per cent of all the people in memes are Caucasian; Hispanic subjects make up a fifth of one per cent, by comparison.

“These findings corroborate many of the observations made in [past] qualitative studies,” the researchers sum up, “in which the memetic sphere was described as dominated by young, white men.”

That said, the percentage of whites in memes is far lower than the percentage of whites in the United States, which was estimated at 72% in 2010. Though many memes are international, the researchers relied on the English-language, American site KnowYourMeme to gather their dataset of memes. So one can assume that many of these memes originated in the United States or at least in English-speaking countries.

So memes may feature a lot of white people — but they are still more diverse than the population of the United States.