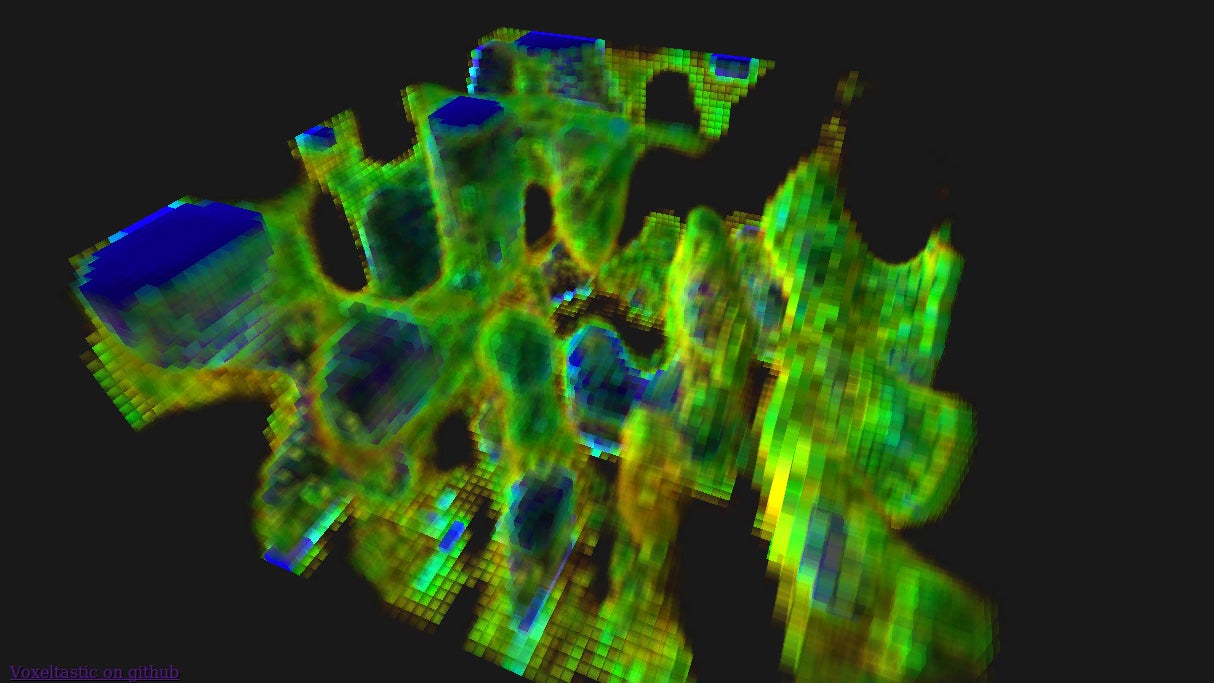 You probably don't think about Wi-Fi signal much, except when you're at the the wrong end of your apartment and swearing profusely. But rather than being some steady, even projection of data, Wi-Fi actually looks completely random when you map it out in 3D.

Dominique Thiebaut, a computer science professor at Smith College, used a basic Wi-Fi module, a laptop and a LED to create a 3D map of the signal power of a space — in this case, the inside of a CNC wood mill. He explains the entire process in detail in the YouTube video above.

The end result is this 3D map of Wi-Fi signal strength, which you can play with and poke to your heart's desire. In addition to being far more random than I expected, it's also strangely beautiful. I wonder what other radio waves are bouncing around that we never even notice. [Hackaday via Geoff Manaugh]

Is There Anything We Don't Already Know About the Galaxy S20?

alexkidman1 27 Jan 2020 12:00 PM
Samsung's latest smartphone isn't due to be unveiled for a couple of weeks, but the latest video leak leaves pretty much nothing to the imagination.