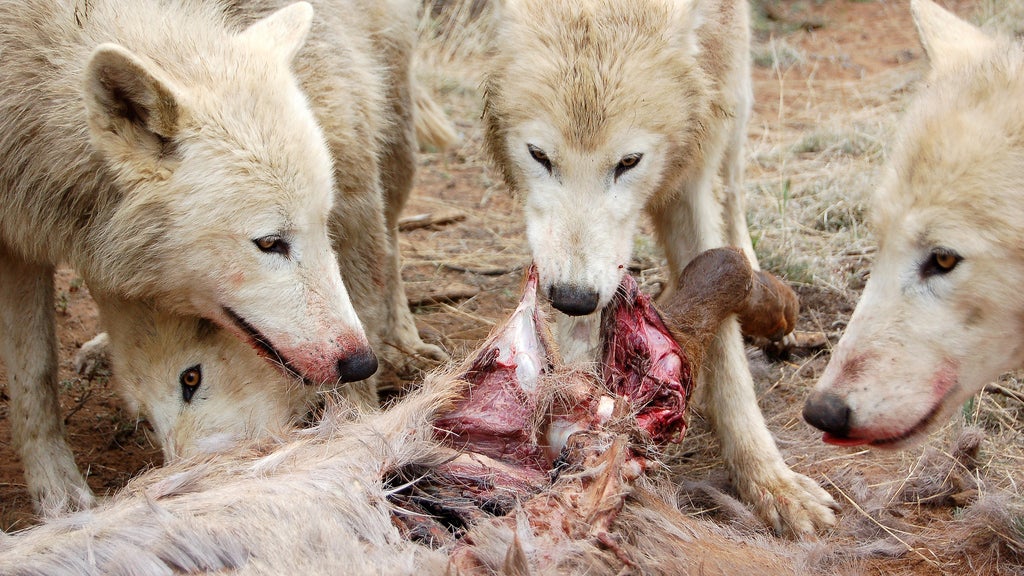 Lions, tigers and bears, oh my! Do you really need to worry about animal attacks outdoors? Let's look at the data and determine what you can do to fight them off.

"Very new to backpacking. Would like to get my family into it."

"What about dealing with bears and wolves and things that like to eat you! Do you carry any gear for protection against that? What about tenting, any experience with having something in the night come into the campground?"

The short answer is simply no. You do not need to worry about bears or wolves eating you. The statistical probability of that happening is so low as to be almost irrelevant.

In the last century there have only been two recorded fatal wolf attacks in the wild.

In the last 20 years, three people in North America have been killed by Mountain Lions.

What about snakes? Surely they're much more common, right? Since 2010, there have been only five recorded fatal snake bites in the US.

Sharks? They're pretty scary. But only five fatal shark attacks have been recorded in the US since 2010.

And let's put those numbers into perspective. There's over four million people bitten by dogs here each year, 20 or 30 of which are fatal. Sound scary? There's over five million car crashes on US roads every year, killing over 30,000 people. You are at exponentially higher risk driving to the trailhead than you are once you're on the trail.

If you want your family to be safe, buy a safer car and learn advanced driving skills at a school like Skip Barber. Seriously, driving is simultaneously the most dangerous thing the vast majority of Americans do, yet also the thing for which they receive the least training. You are not a "good" or "skilled" driver until you have taken significant professional instruction for it on a closed course or off-road environment, where you are able to repeatedly push a vehicle to and beyond its limits. The act of simply driving in a non-challenged way, no matter how often or how long you've been doing it, does nothing to improve your skill or ability behind the wheel. If you want to worry about something, worry about that.

Having said that, there are big, scary animals outdoors and you will sometimes see one. The frequency with which you will encounter them will increase as you advance your skills and confidence in the outdoors and begin to travel to more seldom-visited places.

I've encountered all the animals mentioned above in the wild and lived, so here's their tales. 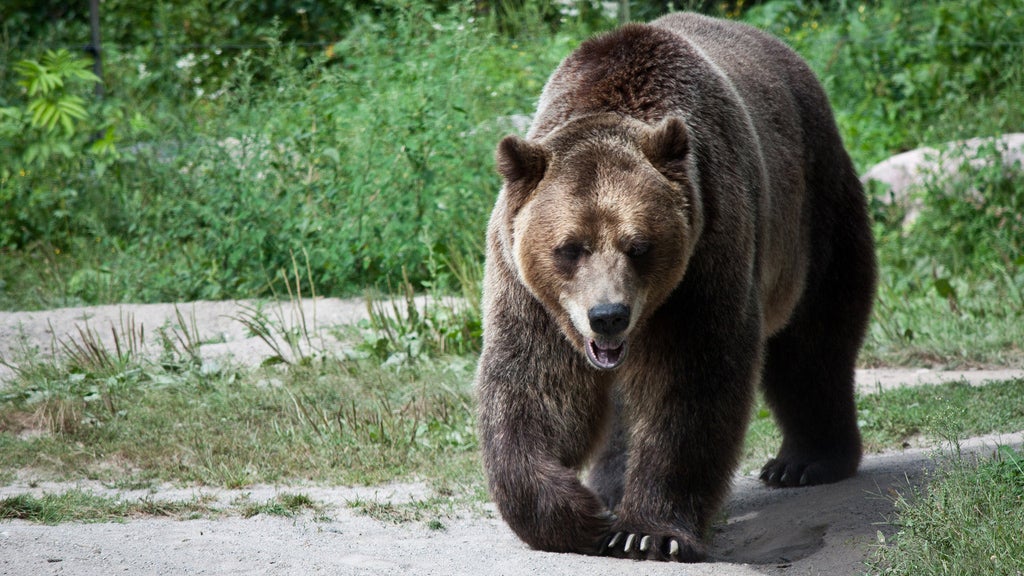 Black bears want your food. They're also smart and we're also bad at keeping them from it, so in many frequently-visited outdoors hotspots, they have learned to think of us as a food source.

That's silly, because keeping bears out of your food is pretty easy. Buy a bear canister, put all your food and food-scented stuff in it at night. Put that canister 100 yards outside your camp at night. Et voila: the bears will leave you alone.

The last time I encountered a bear without a Wiley to protect me was in the Sespe Wilderness, north of LA. A rather mangy-looking black bear came moseying on into camp just before sunset, catching my friend Mark and I by surprise. I stood up, waved my arms over my head and hollered at it until it decided to move back 20 or 30 yards. I didn't want it thinking it could come back into camp, so I charged it screaming. It took off and we didn't see it again.

Brown bears want to be left alone. Take pains not to surprise one while in brown bear territory and carry bear spray to dissuade them from attacking you if you do accidentally stumble across one.

Never, ever get between a she-bear and her cubs. 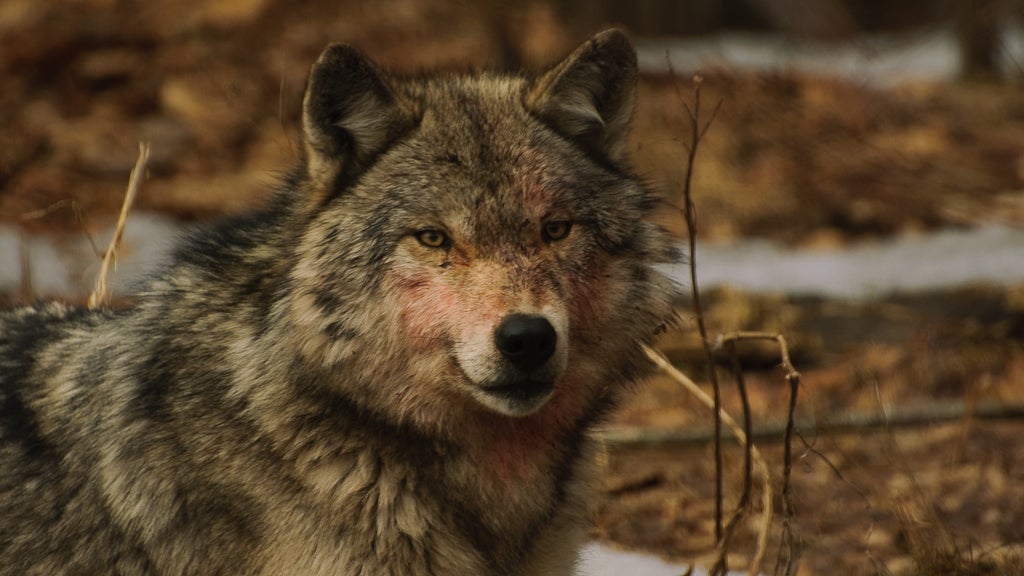 We've nearly hunted wolves into extinction, so they're scared shitless of us. They will hear you coming from miles away and give you a wide berth. So, if you do see one, it's likely because you're hiding in a hunting blind or moving rapidly in a vehicle and the animal is not a threat to you in either situation. Wolves only represent a threat to injured, sick or otherwise weak humans. You do have to worry about your kids a bit, just common sense stuff you'd do anyway like not letting them wander off into the woods alone at dusk.

There's an awful lot of misinformation and fear mongering around wolves; the subject has simply been politicised by their reintroduction in some western states. Realise that what you're hearing is exaggerated and politically motivated and ignore it. Wolves are exceptionally rare, count yourself lucky if you ever get to see one.

I stopped to pee during motorcycle ride in Canada once and realised a wolf was watching me do that from the bushes, mid-stream. I finished up and got back on my bike. He watched for a bit, then walked off. Neat! But no big deal.

If you encounter a wolf in the wild and you're with your family, round them up and keep children close to you. Hollering at the wolf should be enough to make it go away. Never run. Leave the area or keep everyone close together for the rest of the night. 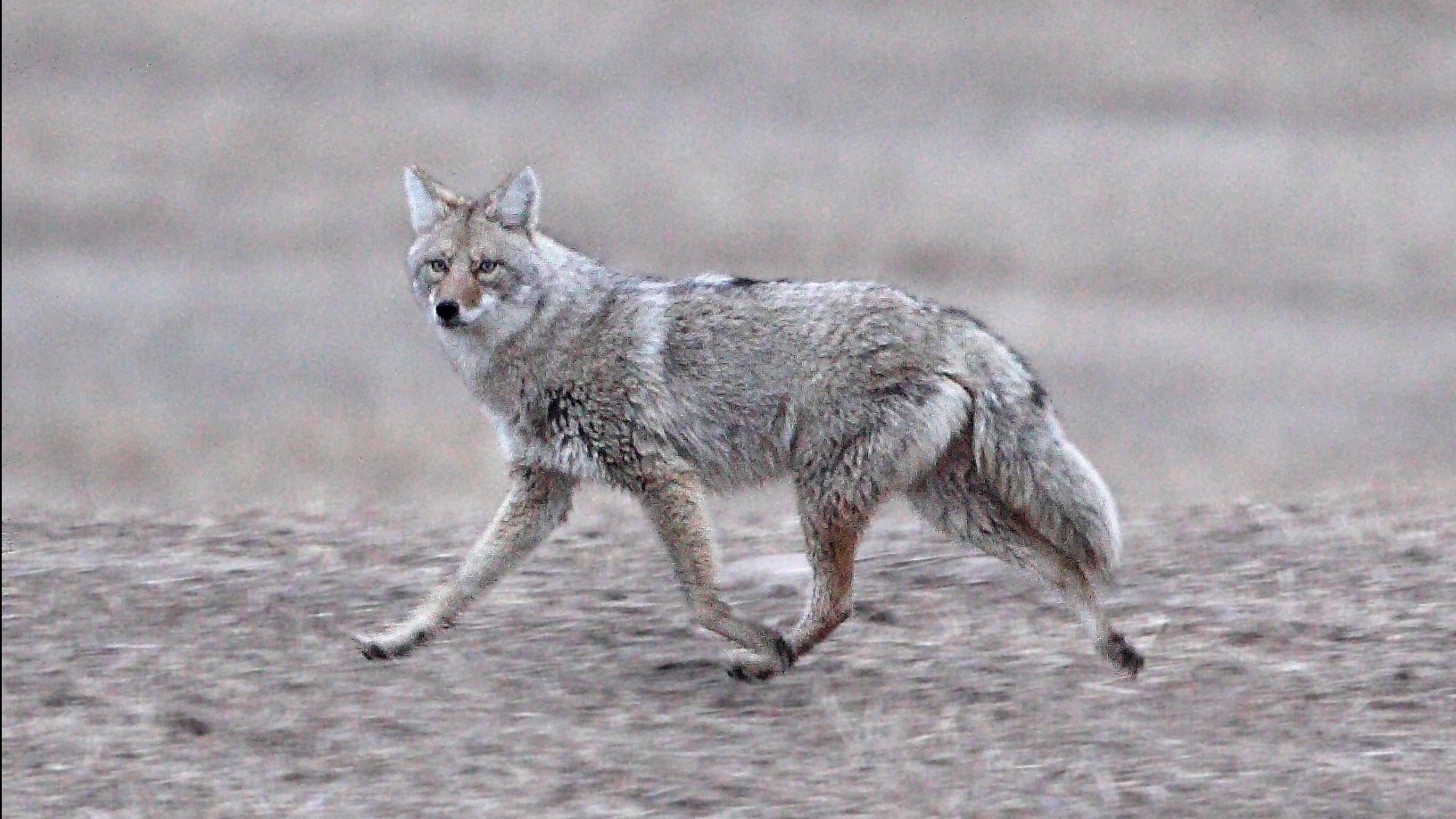 Now you will see coyotes. We've got little ones out West and you've got big ones that have bred with wolves back East now. Neither is particularly scared of humans and, while they do represent some common sense threat to small children, what you should mostly worry about is Poochie the Pomeranian. In packs, coyotes can be a threat even to large dogs and they actively hunt their domesticated cousins as a food source. Coyotes can clear fences, so the only solution is to keep your pets inside unless supervised.

Wiley and I frequently encounter coyotes on our daily hikes through the Hollywood Hills. Wiley really, really wants to kill one, but I don't let him get into fights with them. Even though he's big and mean, he'll still likely get bit and scratched and I don't want to deal with that. Instead, I just put him on leash and we both chase them. They're pretty scared of us and maintaining that fear of humans is every resident here's civic duty. 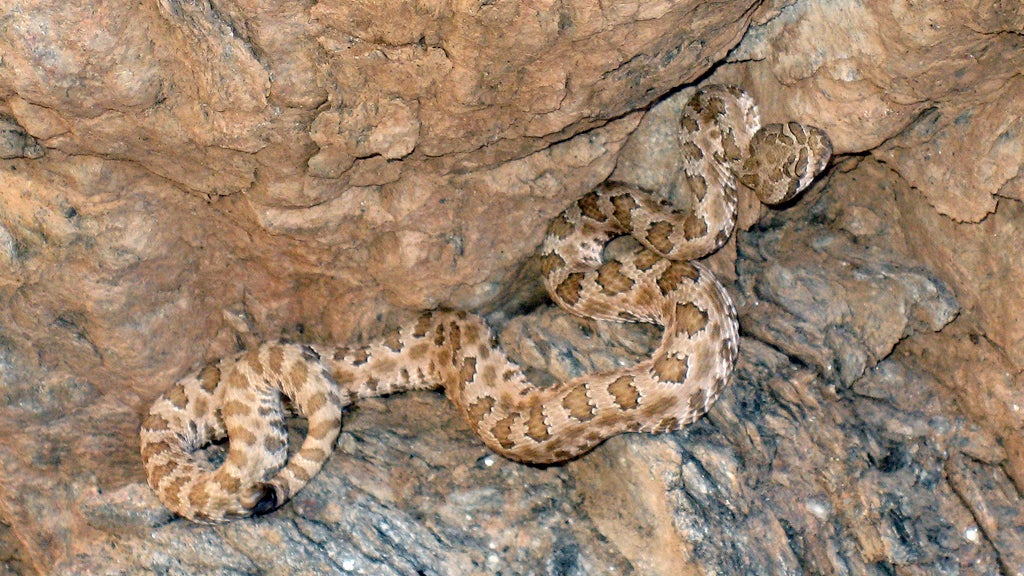 Have your dog trained in snake aversion. There, a professional handler will fit your dog with a shock collar, then walk him around a course of caged snakes. Every time your dog shows interest, the trainer will zap him. They learn to not be interested in snakes in no time. Carry Benadryl when you're outdoors and give it your dog immediately if he is bit, then get him to a vet.

For you, just develop an awareness of likely places snakes hang out, then don't go sticking a hand or foot in those places. Bushes, holes, log piles, under rocks and pieces of lumber. Snakes just want to be left alone.

We see snakes all the time here, both in the Hills and up in the mountains on our adventures. Just avoid them, it's that easy. 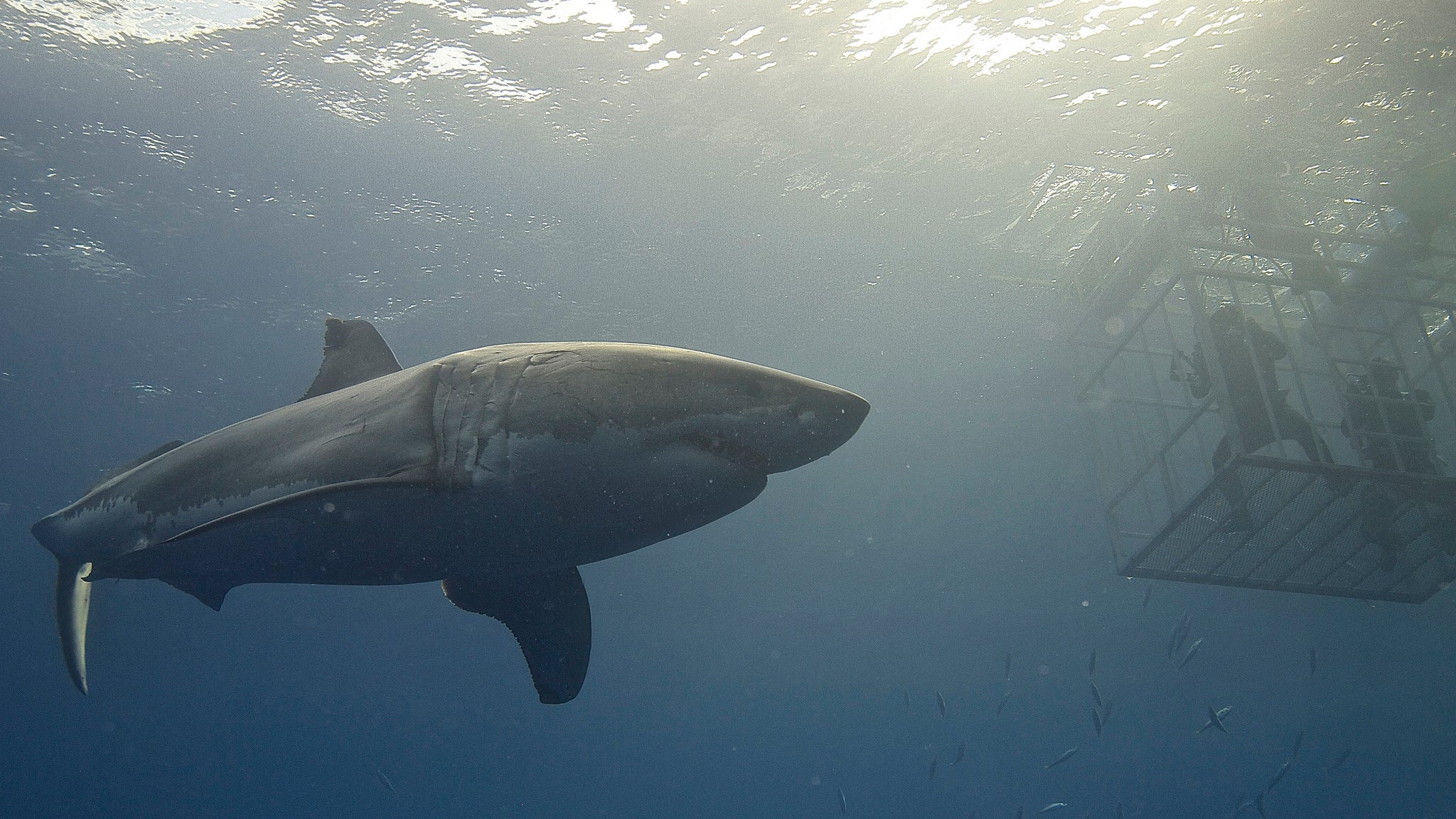 Sharks are only interested in humans if a) they mistake us for food or b) we draw their attention by fishing or bleeding. If you're in the water with dead fish, keep those dead fish away from you, such as on a stringer attached to a float. If a shark wants your fish, let him have them.

You occasionally see a Leopard Shark or similar if you're hunting in kelp beds here in California. They don't want anything to do with you, so just stay away from them. Sharks really don't represent any statistically significant threat, so just appreciate your opportunity to get to share its environment and move on. 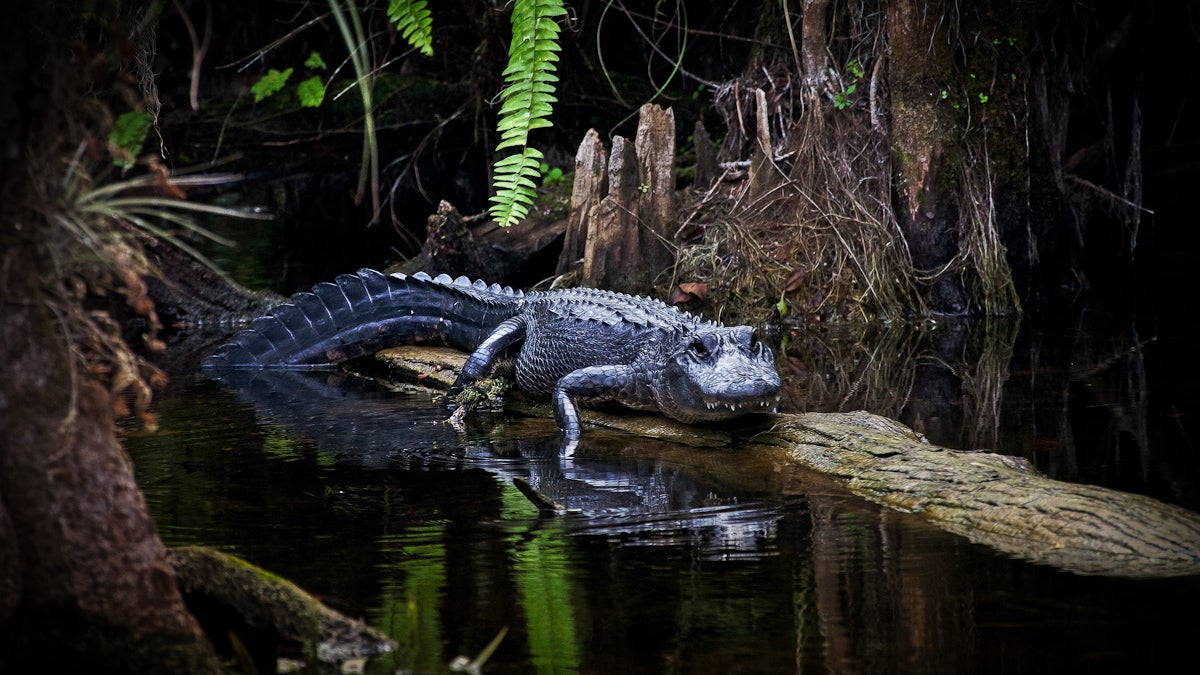 Now these guys are scary. Once, while crabbing with my little sister on Kiawah Island in South Carolina, a Gator lept out of water and slammed its jaws closed just a foot or so from her face. We were hanging raw chicken necks on strings off a dock and he'd been following us around all evening, so I'll chalk that one up to provocation.

The best way to avoid alligators is to avoid bodies of water where they live. It's that simple: stay out and stay away from the banks, too. We all saw Crocodile Dundee.

If you see an alligator, leave it alone. Don't feed it and don't do what my sister and I did and entice one with food. 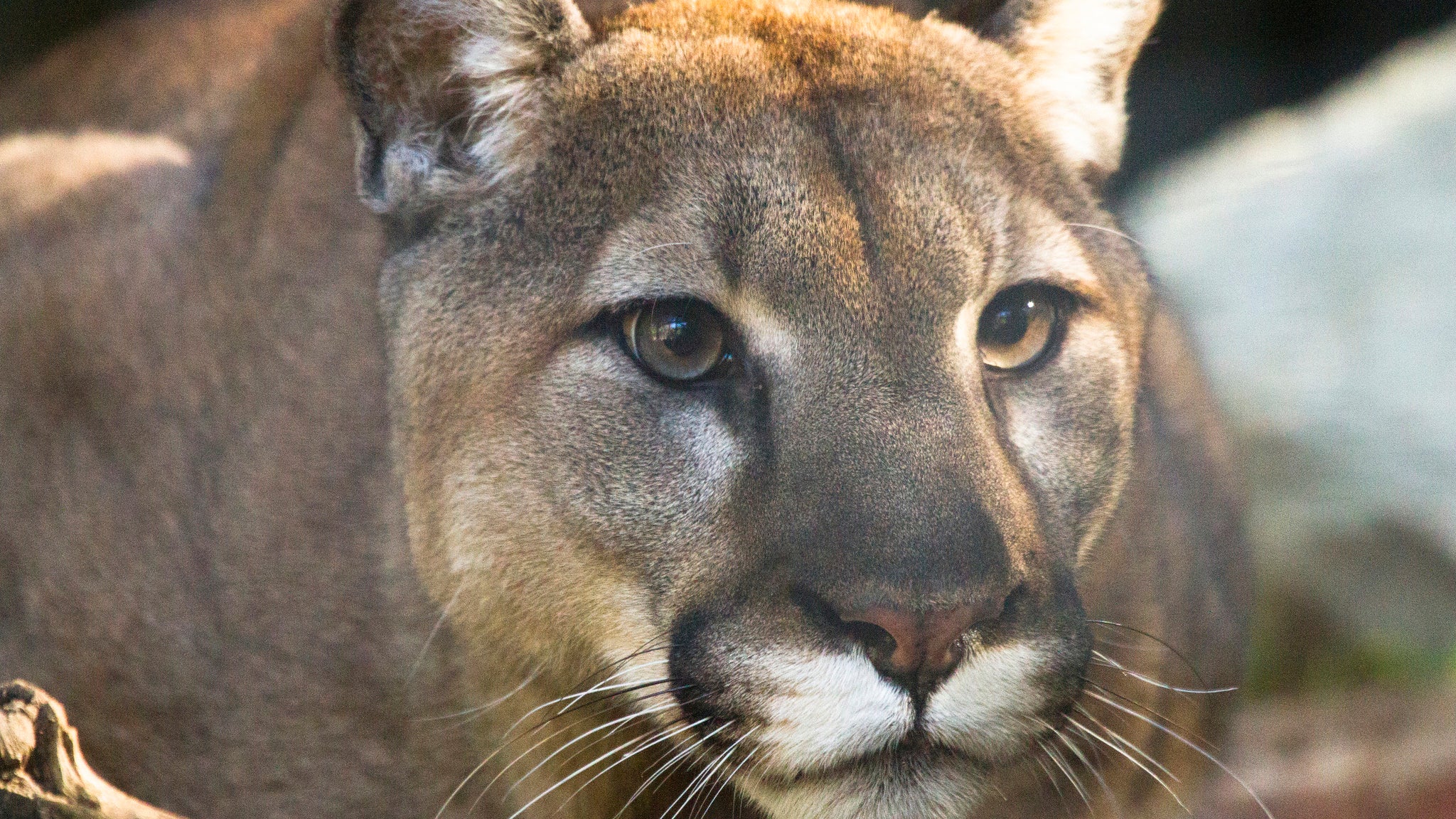 Hunting mountain lions has been banned in California since 1991 and, since that time, their population has grown. Now, with the drought drying up their traditional food sources, the once shy species is having more run ins with humans. You actually see them fairly regularly in the mountains around here now, which wasn't always the case.

While tales of them attacking joggers exist, those attacks remain exceptionally rare. They do represent a threat to your pets and children though. If you're in lion territory, keep small pets and children close to you at dawn, dusk and through the night, when the lions are most active.

If you see one or suspect one may be stalking you (they're sneaky!), act like the big, scary predator that you are. Hold yourself upright, grab a stick and look the lion in the eyes. Shout at it and wave your arms. Slowly move away, but never turn your back to a lion and don't run; doing so triggers their prey drive.

Mountain lions are easily capable of overpowering and killing a grown man, but no one's told them that and, like all other predators, they remain terrified of human beings. Predators are naturally scared animals because their existence hangs on a thread; if they lose the ability to hunt at their full physical fitness through even a minor injury then they're done. And they know it. If you're scary enough, they will leave you alone.

I've had a couple mountain lion encounters in the California mountains. The first time, I was party camping with friends on Christmas and went for a pee sometime after nightfall. Turns out I'd walked right up to a pair of yearlings, who I then drunkenly chased through camp and out into the woods. In hindsight, that was pretty stupid. I heard them come back into camp after we'd all turned in and eat some of our food, but they posed no real threat so I decided to stay in my nice warm sleeping bag and leave them alone.

The One Rule For Successfully Avoiding Animal Conflict

If you leave an animal alone, it will leave you alone. Those lions were interested in us because we had the remnants of dinner spread across a picnic table at an otherwise empty campground. If we'd taken care to throw everything away in the metal dumpsters, we'd never have even seen them.

Store your food and waste properly, keep an eye on your kids and put your dogs on a leash and there's absolutely no need to ever have a negative experience with wildlife. Do you need a gun to protect you or your family from them? Away from specific predators like polar bears and areas with high brown bear concentrations — and you'll know which those are ahead of time, they take effort to visit — no you do not. Just leave the animals alone and they will leave you alone. Be respectful, not scared and enjoy your opportunity to observe a rare slice of nature.