Was This The Plexiglass Car Of The Future In 1952? 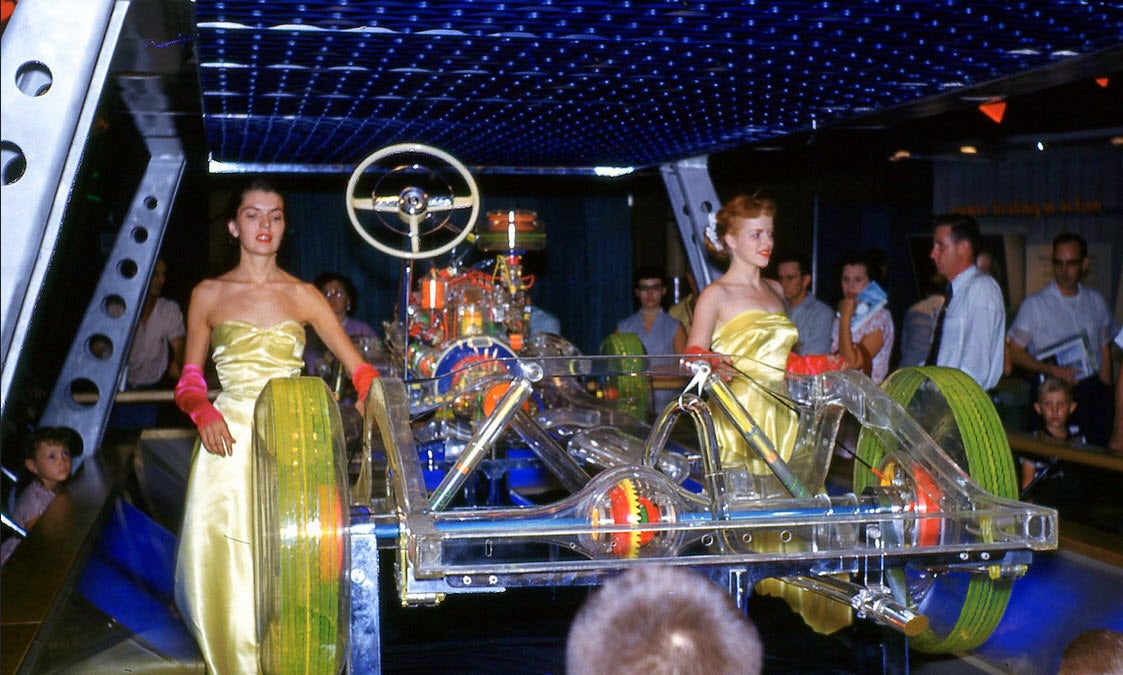 If you're a fan of olde-timey futuristic cars you may have seen the photo above pulsating through your streams this weekend. Is it really what people of 1952 thought cars of the future would look like? Not exactly. But it's still really cool!

This plexiglass Plymouth from the 1952 Chicago Auto Show was actually just a demonstration vehicle, not a look at the cars that might one day hit the road. The transparent body allowed visitors got to see what was going on inside the latest models.

The Old Motor blog has another photo of the demonstration showing two women who appear to be explaining how the car works:

The Old Motor blog explains more about the demonstration:

The occasion was the 1952 Chicago Motor Show and the press photo is dated Feb. 18, 1952. The caption reads as follows; Plymouth chassis and operating motor enclosed in plastic fascinate Myra Miller (left) and Josephine Gayton. Plastic enables visitors to see the motor running.

It appears that it was a complete chassis setup with some type of electric motor and speed-reduction gear, to rotate the internal engine parts slowly to dazzle show attendees. It looks like both Myra and Josephine were also equipped with plastic head gear and pointers.

History is filled with see-through cars of the future — especially if you count the bubble-tops that were all the rage from the 1940s through the '60s. But, alas, this wasn't a peek at the future so much as a peek at the present in 1952; a shiny, see-through look at American engineering.